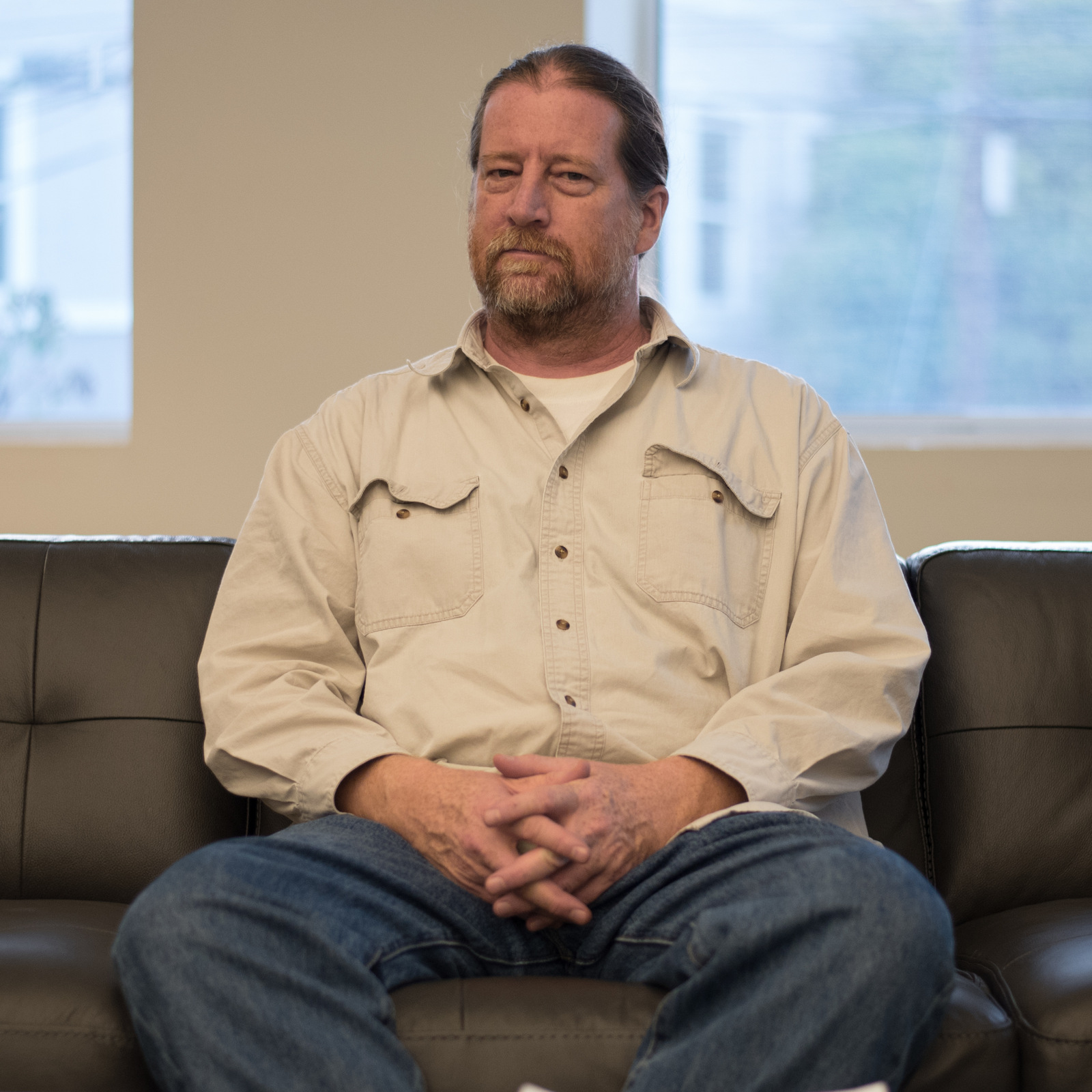 27 Sep Chris Finn: To Make BART Safer for All, Listen to Its Frontline Workers

Posted at 20:11h in People by RPadmin 0 Comments 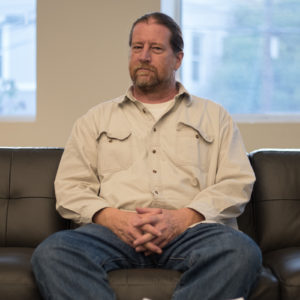 Editor’s Note: Chris Finn was hired as a train operator by BART, the nation’s fifth largest rail transit system, nearly 20 years ago. After many years as an activist in the union, he was elected as recording secretary for ATU Local 1555 in 2010. Then, after the workers’ strike and subsequent negotiations with management in 2013, Finn was elected union president and served for three years. He is now working as a train operator. Finn recently sat down with Richmond Pulse to discuss what it’s like to work for BART and what would make the system safer.

Richmond Pulse: What’s the experience like working for BART?

Chris Finn: Whatever the passengers’ experience, we’re in the same environment. For the Warriors’ victory parade, we’re carrying 550,000 happy people. On a bad day, we’re carrying 450,000 unhappy people and we’re the frontlines of that.


The equipment’s old so sometimes we’re dealing with that. And it’s not the friendliest place to work. We’re making this old system work, carrying beyond capacity, way beyond what it was designed for, and we’re sure not getting a lot of love from management. It’s not like we’ve got new technology that takes care of everything. You got this old equipment, you need to keep it working and especially with the high crowds we got. So there’s a lot of challenges, a lot of frustrations.

Obviously it would be a lot better if there was more of an approach that management respected the workers and said, ‘Hey, you guys are on the frontlines, you know what’s going on, you know what’s needed, let us get some input from you.’ Instead it’s more adversarial, which led to what happened in 2013.

CF: The contract negotiations and the strikes, in which BART management shut down the Bay Area and two people were killed when managers were operating trains.

RP: What do you want the public to know about BART workers? How does public sentiment affect you?

CF: Management sometimes has an interest in whipping up some kind of public sentiment against workers, so that workers don’t stand up for a fair contract.

In 2009, we had some pretty contentious negotiations. Our union did not accept the contract the first time around and the spokesperson for management got out there and said, ‘I don’t know why ATU is not accepting this contract. We encourage you to get out there and confront them and ask them why they’re not accepting this contract.’ That was a quote on air by BART’s spokesperson and station agents did suffer after that. There were assaults after that.

There wasn’t a lot of work to undo that and change the public message. Sam Singer and Associates was hired by BART after Oscar Grant [was shot and killed by BART police] in January of 2009. They hired Singer again in our next round of negotiations in 2013. And he just went to town with a decent budget to do what he does: generate negative sentiment by the public against the workers.

RP: Is it scary to be a train operator these days?

Whether the station agent engages or not, a lot of times the people will just initiate some kind of conflict with the station agent ’cause they see them as some kind of representative of BART. The people that aren’t paying, a lot of times initiate the conflict with the agents and the folks that are paying are looking at the agents like, ‘What you gonna do about that man?’ So you’re damned if you do, damned if you don’t.

Whatever concerns the public has about BART police, station agents are in the same environment.

RP: How have things changed over the years?

CF: You used to have a BART cop come sit down and hang out in the station agent’s booth with you and you’d know what’s goin’ on, you’d get their perspective, they’d know you personally.

Now it’s totally different and I don’t know how much is over time, and how much is a sudden change related to Oscar Grant. That really triggered this massive look at BART police with a lot of oversight. They set up a citizens’ review board, the community got involved and looked at BART as really using excessive force. So there is enormous political pressure to not do anything that’s going to be seen politically as excessive force. The pendulum has swung the other way to a large extent.

RP: What’s the scariest thing that happened to you or someone you know on BART?

It’s not an easy job and there’s a lot of things that management can do to say we’re all on the same team, to make it a better place for everybody, especially the folks that are there day to day. Whether it’s the station agents, train operators or the other folks that are in the stations all day, the system service folks, the folks who clean, fixing the elevators, escalators, they get assaulted too. I’ve seen a guy like five times as big as me and he carries big wrenches. He’s working on escalators and they threaten him. So it’s kind of serious up there.

RP: What do you think would make the system safer?

CF: I think a change in the culture. The board of directors is publicly elected and that’s our opportunity to get some folks in there that really have the best interest of everybody in mind, who aren’t trying to alienate the workers, or the community. But that’s gotta spill onto management. Management is the one day-to-day who is responsible for what they say to the public and, and how they treat the folks that work there. And there’s a lot you can do to really treat folks fairly. Respect the work that they do, the knowledge that they have from doing that work every day that can boost morale, listening to the workers so that you can do something about what they’re talking about rather than ignoring it.

RP: Is that happening now?

CF: That’s one of the things we’re trying to work on. You can go talk to a lot of frontline workers and they’ll tell you, ‘What’s the point even writing up a form that something needs to get fixed or is a safety issue, ’cause it’s not gonna get addressed?’

RP: What do you love about BART?

CF: My coworkers. You’re dealing with some real folks there. It’s hard to get a job in the Bay Area that allows you to raise a family. BART has hired some decent folks.  When I came on I was really impressed that they were trying to hire folks that have life experience. Because at BART, you have to be able to deal with real-life situations. It’s doesn’t matter how well you did on a test.

We have to go through a lot of training, and pass a lot of tests, but when a crisis happens, you need to be able to react to it, and deal with it in a way that affects the safety of thousands of people, a jam-packed train, or a jam-packed station. How do you communicate with all the people, so that they can provide the resources to deal with that situation, while you’re dealing with the customers at the same time? It’s not always apparent that there’s a lot going on. A lot of stuff we can take care of, without drawing a lot of attention to it. But sometimes, serious stuff happens, and you need to be able to react to that.

RP: How do you envision BART growing in the future?

CF: One of the core arguments was do we just expand the system, which allows you to go cut some ribbons and get your picture taken, or are you going to maintain the system you got, which isn’t as sexy. For years, they were expanding the system, and not maintaining it, and now we’re in the position of having to maintain it.

RP: So how do you meet the demands of a growing Bay Area?

CF: If you’re going to be building new stations, and developing the system, you really do need to engage with the folks that are doing the work. Because when they don’t talk to station agents, they make all the same mistakes they’ve got in the current station, or make a lot more, because they make something that looks pretty, but isn’t functional, or has a lot of built-in problems.

The station agents see how the public flows, what the public needs, where things need to be placed and located, and a lot of problems, and station agents aren’t consulted on that kind of stuff. If you’re going to keep having BART be attractive to riders, they’re going to want to have a system that works, that’s safe, that flows well, that doesn’t have all the frustrations and headaches that make them want to just take some other form of transportation.

RP: Who decides what the future of BART will look like?

CF: BART is not part of a municipality, or a city, or the state, so it hasn’t had to be accountable. It’s got this publicly elected board of directors, which is regional, so those folks don’t sit on other city governments. Which is good in some ways, because maybe they’re more focused on BART, instead of their own particular city. But do they just dominate the MTC [Metropolitan Transit Commission], the agency that handles all the federal funds for the 27 Bay Area transit agencies? Who gets that, and how does it get allocated and distributed?

I think there needs to be some long-term planning. And where you’ve got a board of directors elected on four-year terms, sometimes they’re going for their legacy, not necessarily thinking of what’s best for everybody. And there’s so many different interests in the Bay Area, the environment, the commuters, the folks that live way out there, the folks that live here, within an urban setting, within a suburban setting. Do you build something within the city of San Francisco? Do you build some internal stations to meet the growing demand within the city? Do you expand it out into the suburbs, and have more parking? Does it extend into Dublin, or Livermore? Does it go down the highway by Livermore, and have some buses go to it? There’s all these different competing ideas.

RP: Is BART too expensive for people who need it most?

CF: I think it’s a good move that the board of directors approved extending the youth discount fare up to 18 years old.

RP: Can BART really be a binding element that connects everyone if so many can’t afford it?

CF: That comes down to station agents being in the line of fire between people who need to get somewhere and don’t have the cash to pay for it. Obviously, we would like to see more youth passes, or more things like AC transit, in Measure BB, which was a big funding measure for Alameda County that dedicated a lot of money. So you’re giving folks that don’t have the means the opportunity to get to school, to get to jobs, to go do something other than just hang out in a spot where they’re going to get in trouble. And it takes the pressure off any conflict or interaction between them and the bus driver, or the station agent. If BART is there as a public resource, it should be available to the public, and we don’t want to be getting in the way of that. Our union has worked with other unions to promote those kinds of things for the low‑income community, to make sure they get access to that stuff.