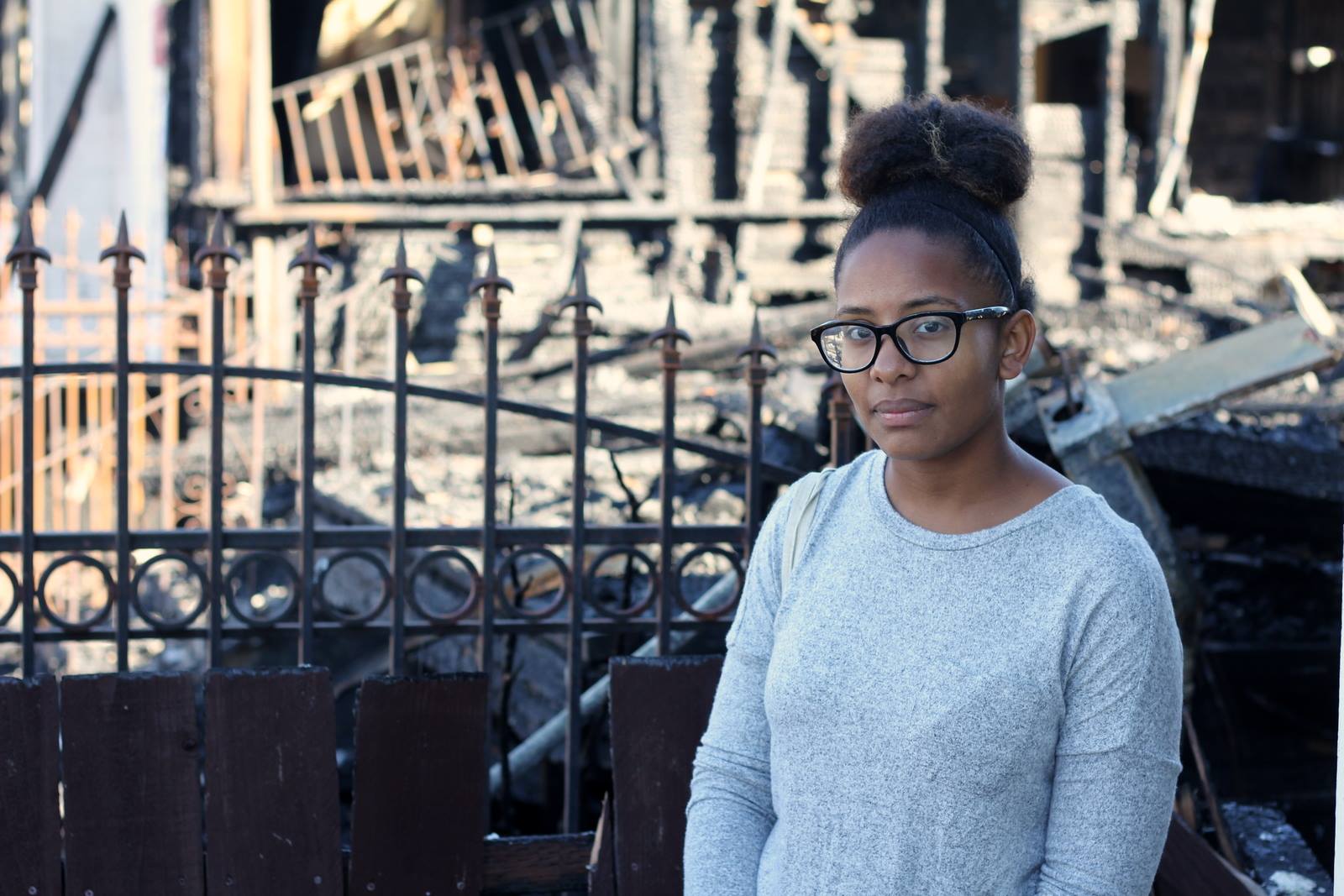 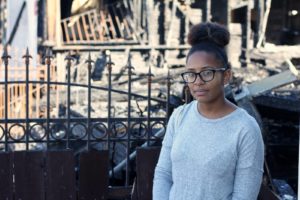 As fires continue to burn in the North Bay, many families are being forced to evacuate their homes. Without much time to leave, they are going to shelters or friends’ houses to wait it out, not knowing whether their home will be there when they return.

First-time homeowner Elora Henderson of Richmond knows exactly how it feels. Last month, she was forced from her home when a fire at an abandoned house spread to her home and another home next door. It happened near the intersection of 4th Street and Pennsylvania Avenue in Central Richmond.

The 27-year-old Henderson, a special-education teacher at Lincoln Elementary School, said it was a worst-case scenario after having lived next door to the abandoned house for over a year. She says her constant pleading to the City of Richmond’s Code Enforcement Department went unheard, which she believes led directly to the fire that cost her and another residents’ homes to be unlivable and red-tagged by the Fire Department.

“It’s almost like we told them this was going to happen, and they didn’t listen to us,” she said.

‘We watched it burn’

At around 7:00 p.m. on Sept. 28, Henderson, her boyfriend and her dog, were relaxing after dinner, when her dog suddenly jumped off the couch and went to the back of the house. Her boyfriend got up to check on the dog. When he saw the flames, he told Henderson, “We need to get out of the house right now.”

The first thing they had heard was a pop, but they figured it was just some kids playing again in the abandoned home next door.

“When I get up to see what he’s talking about,” she said, “the whole wall of the home next door is just orange with blaze.”

The two of them, the dog and another friend quickly ran out of the house into the street.

“I didn’t even take time to put on socks or shoes.”

Just like that, in minutes, the three homes were ablaze, one gone completely, another now ordered to be demolished, and Henderson’s house with serve fire damage.

As the fire raged that Thursday evening, neighbors came out to watch the powerful blaze engulf the homes.

“We just stood across the street, and already there were hundreds of people just watching, filming on their phones,” said Henderson.

“We waited for the fire department to come. We just kind of watched it burn,” she said. “There wasn’t really anything we could do.”

Henderson kept saying, “That’s my house, that’s my house,” as they watched the wall of the abandoned home closest to hers burn and fall and the fire jump to her home.

‘I would call the city quite often’

Since she bought the house a year and a half ago, the abandoned house next door has been an issue that she hoped the city would deal with. She had asked around. None of the neighbors knew much about the house, so she figured it was probably recently abandoned.

“I figured the city would handle it, or was in the process of handling it,” she said.

Over time, she noticed that people would just enter the home.

“The gate wouldn’t be locked, but there was nothing barricading the door,” said Henderson. “The entire back fence was never reconstructed, so people would just come and go and they pleased, doing definitely illegal activity in the home or just staying there.”

“At one point, there were kids playing back there. They threw a rock and it went into one of my glass windows, and then also people just would hang out there. There was just tons of stuff going on there.”

“I would call the city quite often, and then I also called the police at least three or four times on people next door doing things they shouldn’t be doing. They directed me to Code Enforcement. I guess it was their responsibility to maintain the home.”

But over time she became frustrated with nothing happening to stop people from using the house. It was overflowing with garbage. When the weather got cold, people would be in and out of the house all the time, like they lived there.

“When I called Code Enforcement,” she said, “they would tell me, ‘Oh, we know about that property. It’s on the list to be demolished. Don’t worry, we’re going to take care of it. We just need to take care of a few things first.’”

Sometimes, after multiple calls, Code Enforcement would send people out to mow the overgrown weeds in front.

“They wouldn’t board up the house, they wouldn’t fix the fencing in the back, all of the major stuff that was going on, they never took care of it,” Henderson said.

“When I came to my house this morning there was already a notice on my door that I need to rebuild or destroy my home, and it has been a week,” said Henderson. “It was years over there.”

“It takes far longer for a property to be demolished. We’re required to have asbestos testing that’s done on the property,” said Mann. “Therefore we have to have a report before we can pull a queue number from Bay Area Air Quality. Plus all of the power and the utilities have to be disconnected.”

A message to city officials

She says it could take up to a year to have her home rebuilt and she plans to do just that. She also has a message for city officials.