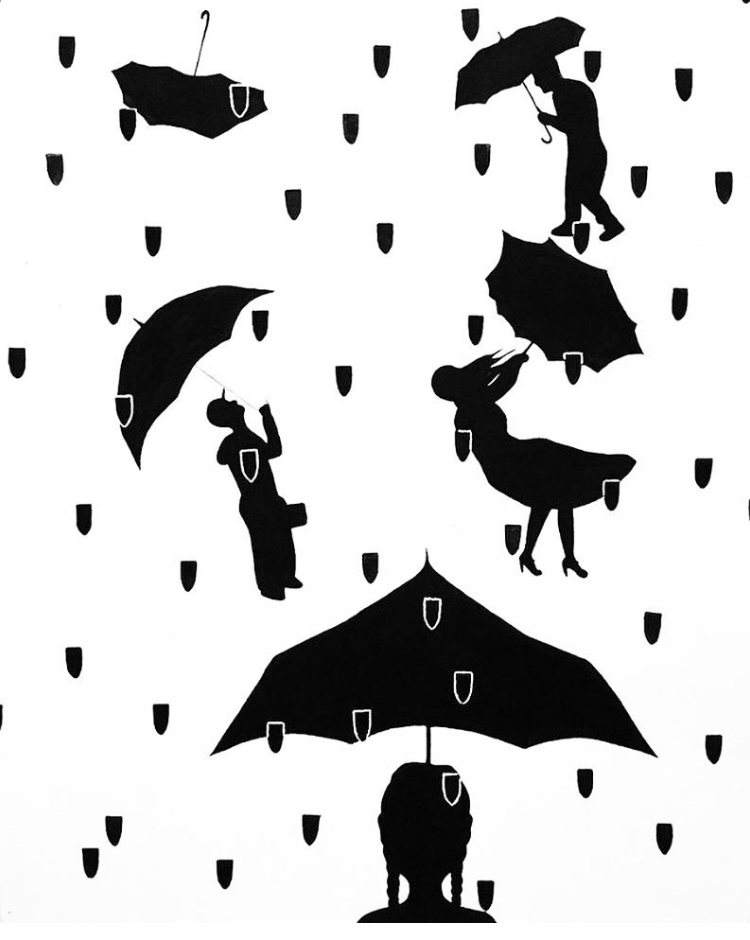 Posted at 18:54h in Bay Area, Youth by RPadmin 0 Comments 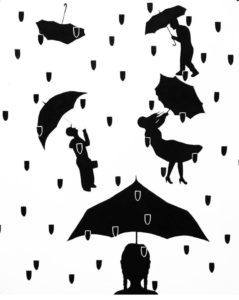 Above: “Bystander” by 19-year-old artist Samaiyah Zareef-Mustafatha was inspired by witnessing gun violence in East Oakland.

My first vivid memory of gun violence occurred at the age of five at my old apartment on Bancroft Avenue in East Oakland. Our two-bedroom, one-bathroom apartment was struck during a shootout across the street while my two cousins, four siblings, my mom and I were inside. A bullet went through the front door into my parents’ bedroom, shattering their mirrored wardrobe in the closet and a room that my sisters and I shared. My mom yelled for us to drop to the floor and crawl to the back room. She rushed to grab my sister off of the bed, who was an infant at the time, waking her up from a nap to cradle her on the floor like a human shield.

Miraculously, none of us was injured physically but this incident left mental wounds. The sounds of the shots and flashes of light sent shivers up my spine and had my heart pounding. This would haunt me for a very long time afterwards. I would easily be startled by fireworks, lightning, and even popping balloons as a young girl.

The experience would mark the first of many to come throughout the following 14 years until my current age of 19. Even scarier, this became the norm for me in Oakland. Every day on the news, there’s another shooting, another victim, another distraught family, all due to gun violence. It frustrated me when I tried to talk about the issue because people would say, “This is Oakland, it’s never gonna change.”  It took me a while to understand that this attitude people harbored didn’t mean that no one wanted change. We were are just fed up with not feeling safe in Oakland or seeing the faces of those taken away in such violent acts which seemed never to let up.

The only place I was able to escape was through art. That’s where I was able to get people to look and spark conversation about issues that weren’t being discussed.

I wasn’t ready to lose hope in my city. In high school I created work that encouraged social change, whether it was painting, printmaking, photography, videography, poetry, collage, or sewing. It would make my day to have someone come up to me and compliment my art, discuss it with others, or even just stop and take a look.

I gathered all my creations and submitted them as a portfolio to get into CCA (California College of the Arts) where I am now a student. This is where I created my piece “Bystander” that was inspired by witnessing gun violence in East Oakland. I decided to paint silhouetted figures so that it would resonate with everyone. I don’t believe there is a face to gun violence. You don’t have to be in a gang, on the streets, or a criminal to be a target. You could be just an innocent bystander. A bullet doesn’t know the difference.

The little girl looking outward represents me as my younger self. I want viewers to stand beside me or put themselves in my position, to embody an experience that so deeply affects many. I want others who have similar experiences, especially young people of color who are at a higher risk of falling victim, to know that things can and will change through voicing their concerns and telling their stories. I truly believe that this is home to some of the greatest artists, activists and thinkers.