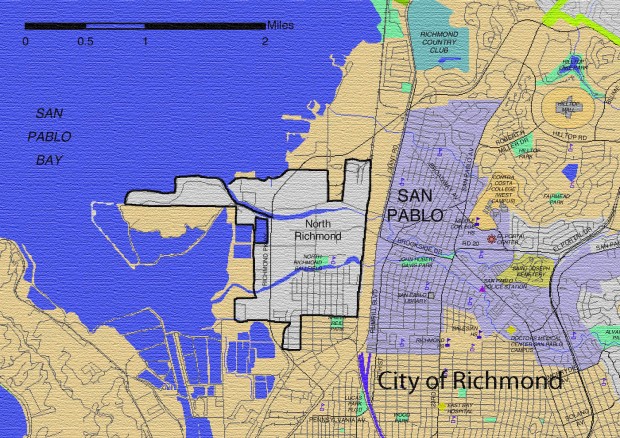 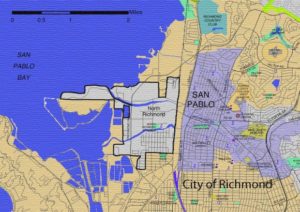 The Richmond City Council voted to move forward with the North Richmond annexation application and mail ballots to the area’s roughly 3,700 residents to gather feedback on the possibility of annexing the unincorporated area.

The council’s vote doesn’t finalize the process; there are few hurdles the city must cross before the annexation is finalized. It will cost Richmond about $8,000 to submit the application to the county’s Local Agency Formation Commission (LAFCO) to consider the annexation. Additional funds will be spent on mailings to allow North Richmond residents to vote on the issue.

City officials can opt to stop the annexation process depending on the results of the submitted ballots from residents.

“I am for annexation, but I am not for ramming it down the throats of the folks that live in North Richmond,” Councilman Eduardo Martinez said during the council meeting. “What’s important is what the people want.”

The annexation would extend city services such as sewer, police, firefighters and road maintenance to the residents of North Richmond. Currently the Contra Costa County Board of Supervisors governs the unincorporated portion of North Richmond.

With the annexation, it’s estimated that North Richmond would generate $2.8 million in revenue annually to the City of Richmond, but it would cost the city roughly $4.9 million to serve North Richmond.

North Richmond residents could expect several changes under that annexation – rent control, increased business license fees, a sales tax hike to 9.25 percent, a 5 to 10 percent utility users’ tax, and a 14 percent property tax override. Some of the unknown major costs would include various infrastructure needs from lighting upgrades to street maintenance, as well as the Las Deltas Public Housing site.

Supervisor John Gioia, who represents North Richmond, believes residents will benefit from the annexation, but also suggests they should have a strong voice in the decision.

“Those who do not live in North Richmond should not be making the decision for them since they will be the ones who will live with this decision,” he said during the council meeting.

Gioia added that making North Richmond part of Richmond would “correct past mistakes.”

“North Richmond is a community that was created partly by racist housing policies that restricted where African-Americans could buy homes,” he said, “and by political gerrymandering when Richmond annexed areas of Hilltop and El Sobrante while bypassing North Richmond.”

Several North Richmond residents expressed opposition to the annexation during the council meeting.

“I totally oppose the annexing,” one North Richmond resident said during the public comments. “Taxes will go up, garbage will go up. If we annex, we’ll create a burden with utilities.”

Several others, including 96-year-old national park ranger Betty Reid Soskin, spoke in favor of the annexation. One resident said she saw the annexation as a something that would offer more opportunities for her children.

Richmond has organized a series of community meetings with North Richmond residents to discuss the annexation. During the meetings, North Richmond residents expressed concerns about gentrification and the financial impact on seniors and those on fixed income with the increased taxes. But some residents mentioned that receiving police services from the Richmond Police Department would be a benefit, city staff said.

But not everyone agrees.

“You talk about infrastructure improvements. Well, you promised that to Parchester Village, but you haven’t delivered yet,” Henry Clark, who serves on the North Richmond Municipal Advisory Council, told the city council.

“You are just trying to gentrify this community, like the same [thing that’s] happening in Hunters Point and what’s happening in West Oakland. You want to get some brownie points for annexing North Richmond. We don’t need you to do that. We’re taking care of ourselves. We’ve been doing so for the past 20 years.”

The debate of annexing unincorporated North Richmond dates back to the 1970s. Previous council members have argued over the price tag of the annexation, as residents feared higher taxes would cause displacement.

Mayor Butt said the time had come to take action.

“This city council has an opportunity to show leadership,” he said, “and to do something that leaders in this city have been trying to do for decades.”