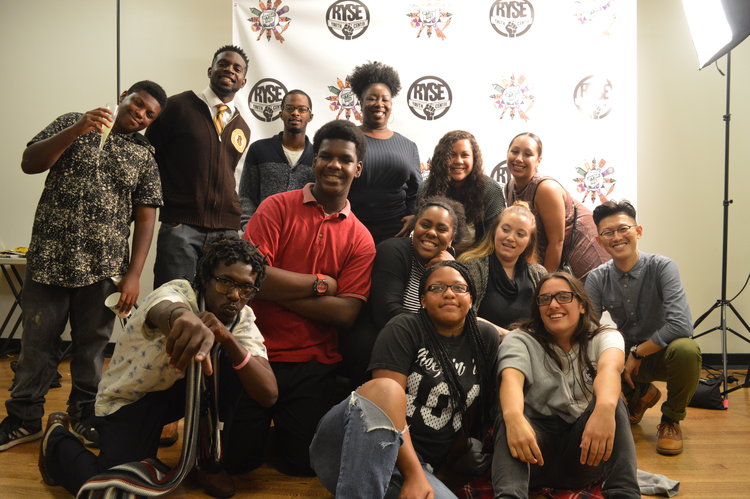 Posted at 03:27h in Arts and Culture, Youth by RPadmin 0 Comments 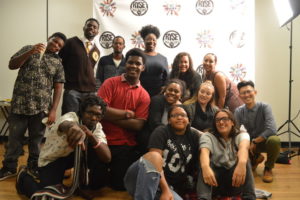 The short films, up to12 minutes in length, were made and produced by local and international filmmakers between the ages of 13 and 24 to highlight justice. The film festival’s aim was to give youth a platform to share their truth, tell stories of injustice and hope, and provide visions of equity in the world.

In total 29 short films, animations and music videos were chosen for the showcase by the judges. Nearly a hundred audience members attended the event.

Stephanie Medley, Education and Justice Director at RYSE, said she has enjoyed seeing the festival grow and gain recognition over the years.

“This year we had 800 plus submissions compared to our first year where we had 60,” Medley said. “Additionally we opened submissions so we could showcase out of state and international spotlights.”

Lilly Chen of Bay Area of Legal Aid’s Youth Justice Team was one of 11 volunteer judges for the festival. She judged films in the documentary and narrative categories.

“Each judge got 15 to 20 short films to view in different categories,” she said. “The films ran the gamut, all different types of genres, different media, different geography/location.”

Chen said her favorite films were “Hands Up,” by Michael Love and “A Life Like This,” by Isaiah Tour. “Those really stood out to me,” she said.

“Hands Up” won the Best Narrative Short category by filmmakers ages 19 to 24. The story centers on a young black man from Inglewood who is struggling with the recent loss of his father from police brutality.

Another guest in attendance, Henrissa Bassey, had a few films stand out to her too. “School to Prison,” by Idaliah Chavez and Ernie Terrazas Jr., members of RYSE, received an honorable mention in the Best Narrative Short by ages 13 to 18 category. Their film focused on how the actions and words of people in a young person’s life can affect their outcomes in life.

“I liked the juxtaposition between what could happen and what usually does happen,” Bassey said of the film. “And that it was all from the young woman’s perspective.”

“I think it’s important when we are talking about a system of racism, and all that comes with it, to not just make it this abstract thing that no one has any control over,” Bassey said. “She focused on the day-to-day and how people can actually change their actions.”

After the showcase, RYSE staff awarded a raffle to attendees with prizes including shirts, gift cards and home decor. Audience members took part in the awarding too, by voting on a showcased work to receive $1,500. Filmmaker and rapper Leo walked away with that prize for his music video, “Plus,” about an overworked young father fighting mental illness.

Chen said that overall the event was eye-opening and rejuvenating.

“The films were very inspirational and moving,” she said. “I was really impressed with the breadth of different issues that were covered and how thoughtful they were.”

Medley, who helped facilitate the event, said that the importance of film festivals like this are their ability to create a platform for young people to express their views on critical issues in ways other mediums can’t quite capture.

“Being able to go on a journey with them and seeing what they see through the camera is inspiring,” she said, adding that the festival’s location in Richmond is another point of importance.