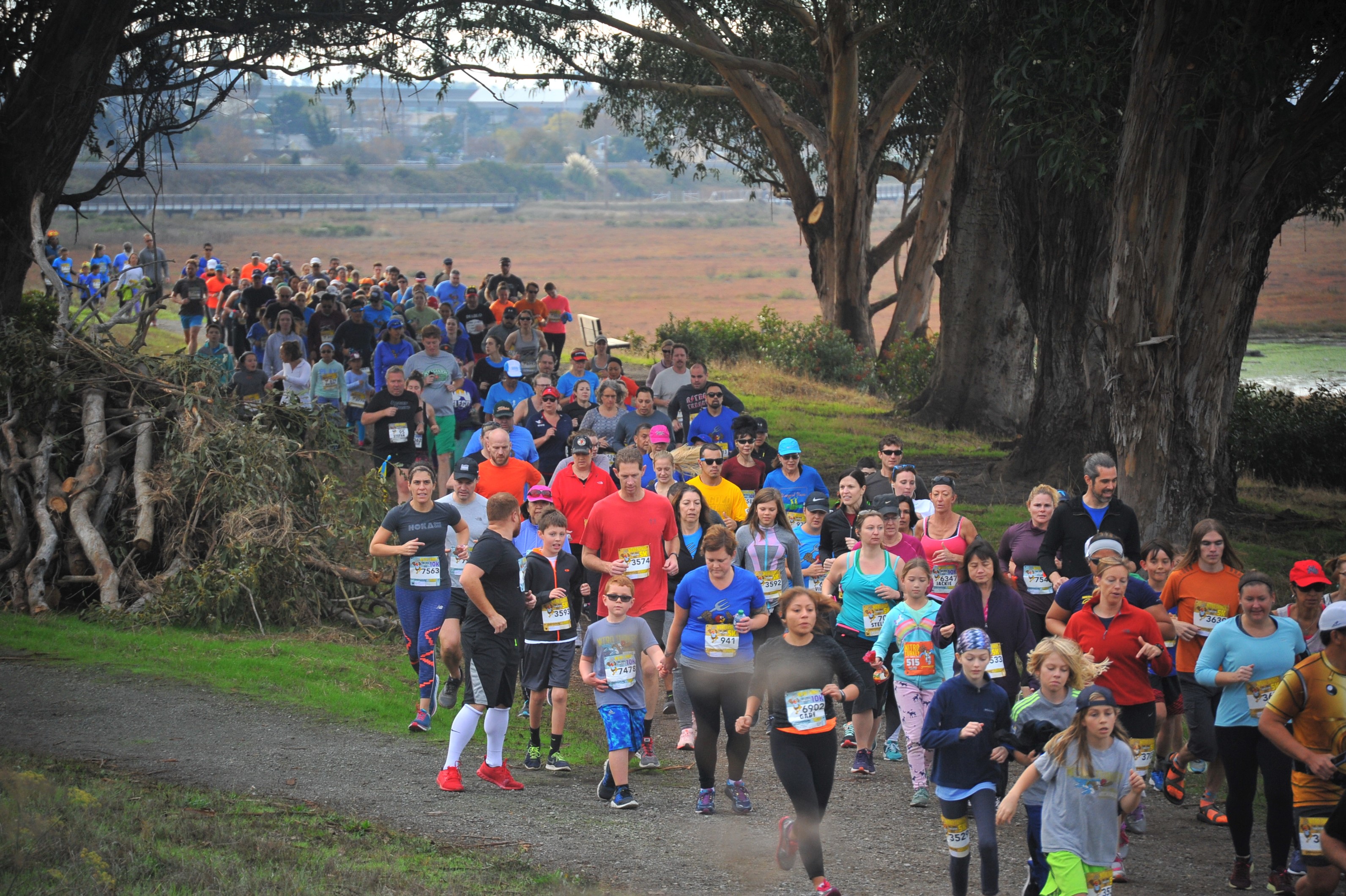 Posted at 18:23h in Arts and Culture, Sports by RPadmin 0 Comments 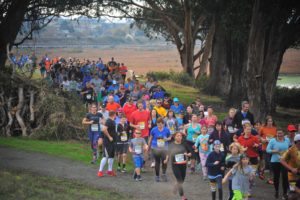 Allen Lucas has attended the Brazen Racing’s Nitro Turkey trail run for eight years in a row. He always brings non-perishable canned and packaged foods to donate because, for him, it’s an easy thing to do.

“It is hard to believe that the little I bring really helps the community, but then you see all the other racers bring food as well and it starts to add up to a lot,” he said.

Lucas was one of about 11,000 runners of all ages who brought in food donations for the Contra Costa and Solano counties food banks during the Nitro Turkey run along Point Pinole Regional Shoreline Park paths on Nov. 23.

About 1,320 pounds of food — or approximately 1,100 meals — were donated, according to Food Bank of Contra Costa and Solano Counties event administrator Joan Tomasini. Most of those items, she said, were canned food that will go toward feeding the needy during holiday events.

“Our food bank helps out a lot in the holiday season, so our shelves are filled up during this time,” Tomasini said.

The music, smiles, food and holiday feeling makes this a great event fit for the whole family as the event continued into its ninth year. Organizers encourage people to dress up in Thanksgiving-theme costumes.

“This whole event had that feel-good party vibe.” Lucas said.

Lucas dressed up as a chef and carried a fake cleaver during the entire event.

“I dress up because it shows other people that they can have fun and let loose,” he said. “I was scared that maybe people might think the cleaver is real and call the police, but it was fine and the kids loved it.”

Participants ran either a five-kilometer or 10-kilometer course at their own pace.

Event organizer Collin Cross said there are 400 to 500 committed racers that train regularly, but most of the other participants for this race are first-timers or casual runners. He said since the race has so many participants, there is a breakdown of categories by five-year age difference.

The youngest racers could be as young as two years old while the oldest can be 100 years old, Cross said.

The race is intergenerational, so being social is one of the greatest parts of the events, Cross said. “It (the event) becomes a big family.” 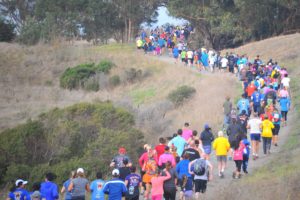 The Nitro Turkey trail run is a part of a larger tour of races organized by Brazen Racing, which, according to their website, hosts 25 races a year.

Vallejo resident Roman Coloma has been racing in the Nitro Turkey trail run since it first began in 2009. But, in Brazen Racing’s terminology, he’s known as a “streaker” because he ran in all of Brazen Racing’s races in one year.

Nitro Turkey trail runs exposes Coloma to both nature and exercise, two things that help him clear his mind and boosts his energy levels.

“After working long weeks in the office, I wanted to have a more active lifestyle. I decided back then to register for this race and it was a great way to start a reoccurring healthy habit,” Coloma said.

High school track student Jazjuan Kenion said he clears his mind during the race too, but he also focuses on running a good time as part of a friendly competition with his father and younger brother.

“I also get to eat more at Thanksgiving dinner since I did some extra exercise in the morning.” Kenion said.

Kenion said he tries to finish in the top 20, but no matter where he finishes, he enjoys being out running with his dad and younger brother on Thanksgiving Day morning. At the end of the day, Kenion said he and his brother finished around 20th place, and he was happy his father finished in the triple digits.

Although the run is in a non-competitive atmosphere, medals and awards were given out to best time. San Francisco resident Adolfo Andrade Medel placed first in the overall 10-kilometer run with a time of 39:01. 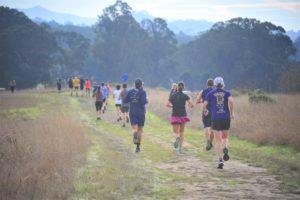 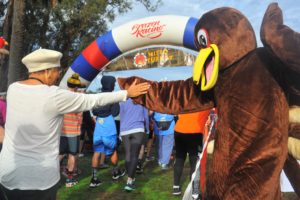