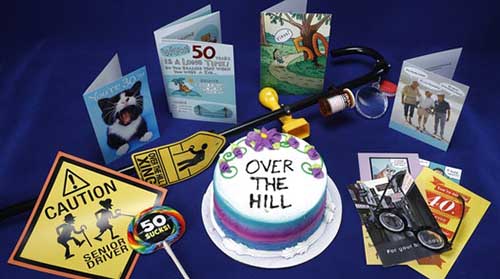 Posted at 17:07h in Elders by RPadmin 0 Comments 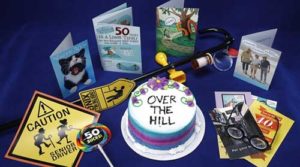 Birthday-card quips about the supposed horrors of getting older: “If ever there were a time to laugh and celebrate and dance the night away … it was about 20 years ago!”

Flashes of forgetfulness laughed off as “senior moments.”

Intended compliments like “You look great for your age!”

Products, advertising and magazine articles that promise to “erase signs of aging.”

Are these familiar clichés nothing more than harmless teasing, good-natured joking, genuine flattery and helpful advice? Not necessarily. To academics and advocates who study negative stereotypes surrounding old age, they’re examples of ageism.

Of course, casual remarks are not illegal, unlike age-based employment discrimination. Labor statistics show that older job-seekers have more difficulty getting hired — which is why they are frequently advised to color their hair, update their wardrobes and lop the earliest jobs off their résumés.

Casual ageism, on the other hand, isn’t even especially frowned upon. It’s so common it may seem routine, trivial, well-intentioned. But it’s not necessarily harmless. Researchers have found numerous links between cultural ageism and health problems — physical, cognitive and emotional — among older people.

“There can be no movement unless the public clearly understands many of the powerful aspects of ageism,” said Margaret M. Gullette, a resident scholar in women’s studies at Brandeis University and author of the just-published Ending Ageism, or How Not to Shoot Old People.

Challenging ageism means getting people to pay closer attention to messages they’ve been hearing all their lives.

Those messages are found in jokes and insults and compliments and offhand remarks. They’re in the TV programs and commercials we watch (one study found that people who watched more TV held more anti-age biases). They’re posted on Facebook, which officially bans hate speech based on categories including race, nationality, religion and gender — but not age. They’re in the advertising claims that have built a $200 billion “anti-aging” industry of skin creams, Botox injections, hair coloring, hair restoration and cosmetic surgery.

True, some older people are unhealthy or lonely — as are some young people. But similar characteristics are interpreted differently by age. A physically fit young person is healthy; a fit old person seems “younger.” A teenager losing the car keys is momentarily careless, an older person is developing dementia.

Brown, who is 71, has been alert to cultural ageism for decades. She joined the anti-ageist Gray Panthers at age 36; after meeting some local members of the activist group, she decided they were “really cool people who were living their values.” (She eventually served as the chairman of the Panthers’ national board and as volunteer executive director.)

“You see this ‘other’ category of people,” Brown said. “It happens when you’re younger and people are telling you about what old means and you’re incorporating it. Assuming you live a while and become old, you turn it against yourself and it gets internalized.”

Statements that denigrate older people’s functioning, thinking and appearance, advocates say, can lead to old people being stigmatized, isolated, ignored, politically disadvantaged and treated as “others.”

Yet despite — or because of — the ubiquity of these messages, people rarely consider that they might be damaging. Compared with other common prejudices, ageism is rarely discussed.

“Ageism is a thing, just like racism and sexism, and it’s been under the radar for, well, forever,” said Todd D. Nelson, a psychologist at California State University, Stanislaus. While researching the psychology of prejudice in general, Nelson noticed the scarcity of information about ageism. So he published a book, Ageism: Stereo-typing and Prejudice Against Older Persons.

“In my writing, I ask the very simple question: Why are we hiding that we’re getting older?” Nelson said. “It implies we’re ashamed of getting older, that it’s bad to get older. It’s so deeply embedded in our culture.”

Ageism is a weird prejudice in several respects. For one, it has an ironic aspect: It’s a bias held by younger people against a group to which they will eventually belong — if they’re lucky. Nelson has called it “prejudice against our feared future selves.”

“Everyone is ageist because we are all biased,” said Ashton Applewhite, author of This Chair Rocks: A Manifesto Against Ageism and a blog of the same name. Everyday ageism is so widespread that people tend to use “young” and “old” as almost synonymous with positive versus negative traits.

“Someone will say, ‘My mom is 94 but she’s not old,’” Applewhite said. Wrong. “She may be peppy, she maybe having wild sex every night, she may be a lingerie model, she may be a marathon runner. But she is old.”

People who accept negative age stereotypes are likelier to suffer cardiovascular problems and symptoms of Alzheimer’s, according to extensive research by Becca Levy, a professor of public health and psychology at Yale University.

Levy theorizes that young people are especially likely to absorb ageist stereotypes because they don’t identify with older people and feel no need to defend against the insults. Later, when they become old, they turn those attitudes back on themselves, experiencing health problems they’ve grown up expecting old people to experience.

Even health-care professionals may treat older patients differently than they do younger ones.

Fighting ageism might begin with examining one’s own preconceptions and looking for ways to substitute upbeat thoughts for downers.

Start thinking of old age as “a time of growth, learning, exploration, adventure,” Nelson suggested.
Sally Brown agrees that people must change their mind-sets. “Embrace age as a natural process that begins at birth and continues throughout life,” she said. Remember that everybody gets older every day, and those who get to be old are the lucky ones.

Consider your own responses to ageist language or behavior — do you laugh politely at an ageist joke or point out that it’s problematic? Brown endorses challenging ageism when you encounter it. At the very least, don’t be complicit — don’t repeat the joke!

The Gray Panthers’ instructions on resisting ageism include not lying about your age, letting your hair be its natural color and not complimenting people on how young they look.

Even beauty magazines, traditionally purveyors of ageist attitudes, may be gaining awareness. Allure magazine announced on its September cover, with Helen Mirren, that it would stop using the term “anti-aging” and called on the industry to follow suit. “Growing older is a wonderful thing because it means that we get a chance, every day, to live a full, happy life,” the inside article said.

But lifelong lessons can be hard to escape. Even Brown admits she struggles not to feel flattered if someone tells her she looks younger than she is. “It’s really not a compliment,” she said. “It’s saying that who I really am is not OK. To make me be OK you have to tell me I’m younger than I am.”
Actually, she said, people of every age are OK.

Katy Read wrote this article with the support of a journalism fellowship from New America Media, the Gerontological Society of America and the Silver Century Foundation.