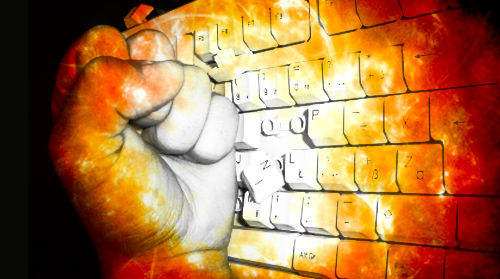 13 Dec As Self-Harm Hits Social Media, We Must Reach Out

Posted at 21:03h in Health, Youth by RPadmin 0 Comments 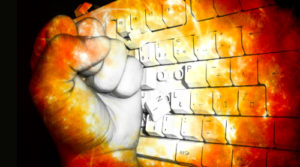 As technology advances so do the types of problems associated with it. A new study is showing how social media affords kids and teens a new form of self-harm: digital self-harm.

It’s a digital aggression directed towards oneself. Though at first the person is seen as a victim of cyber-bullying or trolling, they themselves are also the perpetrator.

A study by Florida Atlantic University (FAU) examines the prevalence of digital self-harm among teens. According to survey data, nearly 6 percent of students ranging from ages 12 to 17 have “anonymously posted something online about themselves that was mean.” The study also found that boys were more likely to report participation in digital self-harm (7.1 percent) compared to girls (5.3 percent).

“The idea that someone would cyberbully themselves first gained public attention with the tragic suicide of 14-year-old Hannah Smith in 2013 after she anonymously sent herself hurtful messages on a social media platform just weeks before she took her own life,” said the study’s lead author Sameer Hinduja, a criminology and criminal justice professor at FAU.

“We knew we had to study this empirically, and I was stunned to discover that about one in 20 middle- and high-school-age students have bullied themselves online,” he said.

While more traditional forms of self-harm like cutting and burning that have been linked to an increased risk of suicide have received a lot of attention, digital self-harm, or self-trolling, has received far less. Researchers are trying to figure out why this is happening and what steps we can take to prevent this.

As a person who is currently suffering from depression, I can say that I, myself, have engaged in digital self-harming at one time or another. For every person, the reasons are different. For me, when I digitally self-harmed, it was fueled by self-hatred and a thinly veiled attempt to be funny in front of my friends or to gain attention. But it wasn’t for the kind of attention in which you are adored. It was more of a cry for help. I wasn’t trying to get laughs but instead I used it to express myself when I was feeling low.

I used memes to do a lot of my digital self-harming. These seemingly light pictures with funny, real or relatable captions, helped make me feel, in a sense, “better.” Friends or strangers would find them funny or relatable. Though to me, it is also a way for me to vent and express my feelings. In a way, I believe this is the manner in which this generation is choosing to express themselves and be able to relate with one another.

Self-harming online should be seen as a symptom. Don’t get me wrong, I’m not saying self-harm is something we should ignore, but instead should be taken into consideration when evaluating the underlying cause of the problem.

As a teenager who has had depression for most of my adolescent life, it has been difficult and lonely. Being a teenager, in general, can be difficult. It is especially more strenuous if you are going through some kind of hardship.

As for me — someone who also had depression as a child — it was especially difficult. I didn’t necessarily have the best family situation, but I made due. I struggled both in and out of school. I felt lost and confused. The emotional toll that depression can have can be a struggle physically and mentally.

There were days when I couldn’t get out of bed. My mind was so clouded it was difficult to concentrate on anything. Depression was running my life, not me.

I let it govern my thinking, my development and my enjoyment of life. I grew up seeing the world in black and white. I had suicidal thoughts, self- harmed, digitally self-harmed and much more. But I didn’t understand why. I was upset, confused, and filled with so much sorrow. I wished someone had told me what I was experiencing.

It’s difficult to talk about even minor imperfections, let alone depression, especially for adolescents who seek acceptance and adoration from our peers. Talking about depression can be difficult, but imagine if everyone who has ever been depressed, or is currently going through depression, shared his or her experiences.

Staying quiet was one of my biggest mistakes. Now, I want to share my experience, with the hope that it may remind anyone with depression to remember: you’re not alone and you should speak up about your depression.

Having depression is nothing to be ashamed about, nor does it make you any less of a person. Like anyone else, we have a right to be happy and well. The big difference is that we have to work harder to obtain what we want.

I found help, went to a hospital and joined an adolescent program for rehabilitation. Slowly but surely I am making progress, and so can you.

Don’t let depression hold you down. Surviving it makes you stronger, but conquering it opens a new and fruitful life, filled with endless possibilities.

Our Lives Are Too Valuable

Some teens today live double lives. On social media, a person can portray themselves as happy, having everything together and perfect. In reality, their lives are nowhere near perfect.

Sometimes people are so desperate to fit in that they’ll do anything to live up to a perceived idea of perfection. That’s the kind of generation I’m growing up in.

In response to these unrealistic standards, I’ve seen teens upload pictures or videos of themselves self-harming on all social media platforms, specifically on Tumblr. There are many anonymous accounts on social media based on self-harming. The pages can be triggering to others and even encourage other people to self-harm.

When I see the images or videos of self-harm pop up on my timeline, I see a cry for help. They want people to know they’re hurting.

Self-harming is like a drug. People can fall in love with the feeling of a blade cutting through their skin, the open wound releasing all the problems and issues that are bottled up inside.

I have some experience with self-harming and have had friends who self-harmed. I didn’t do it on social media though, at times, I thought about posting my self-harm pictures just to be seen.

For me, cutting provided that sense of relief I was seeking from problems at home and the stress of being a high school freshman. I felt alone. An open wound let my problems flow out.

But, after a while, I began to realize it wasn’t the way to deal with my problems. I began to see a therapist and that helped a lot more than self-harming ever did. I’ve been clean from self-harm for three years now.

Recovering from self-harming is a long process, but it is possible to quit and stay clean.

We, a generation seemingly controlled by social media, have to put an effort into changing our mindsets and help others quit self-harming.

Their lives — our lives — are too valuable.