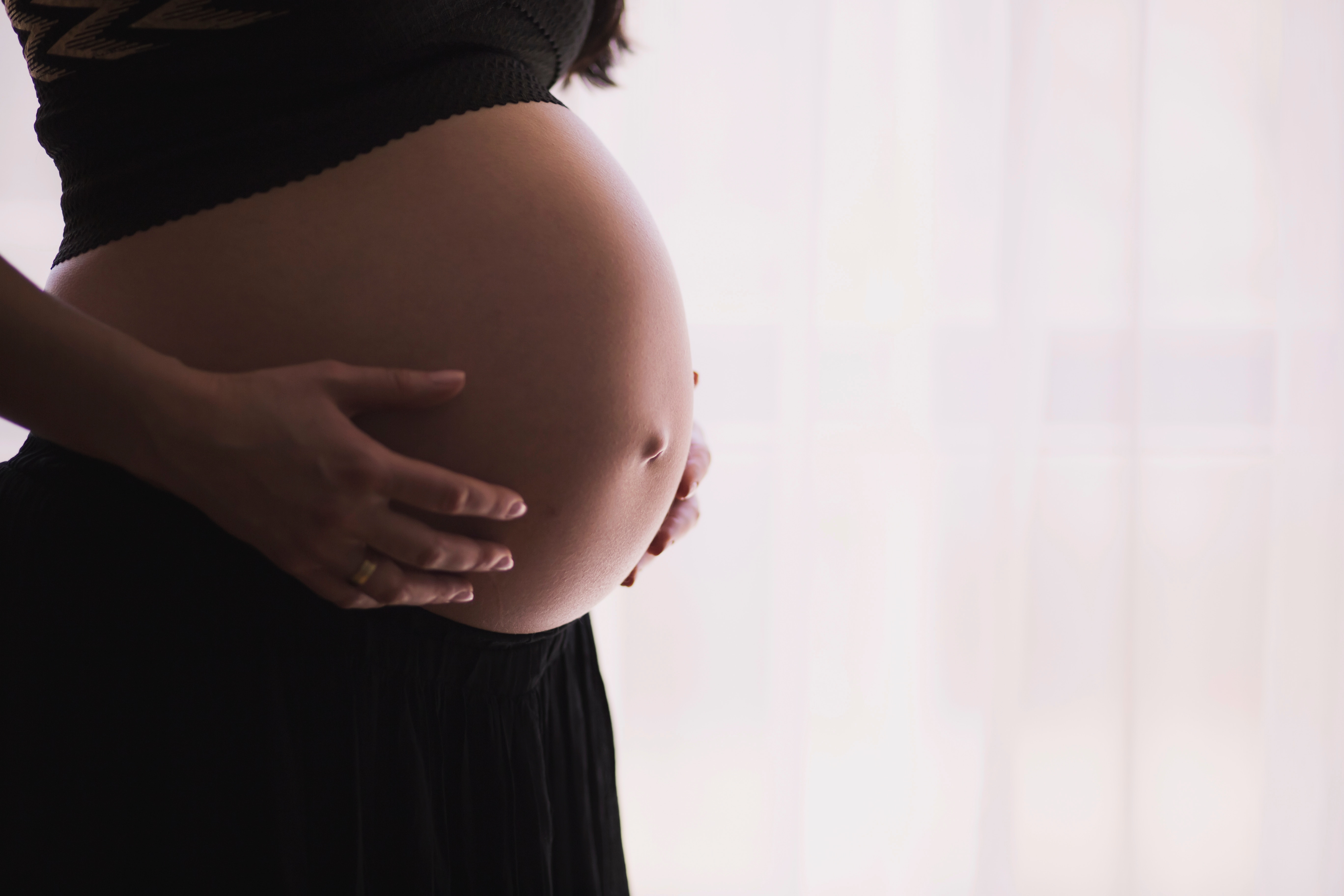 04 Mar Pot and Pregnancy: A Trend On the Rise

Posted at 01:40h in Arts and Culture, Health, Women by RPadmin 0 Comments 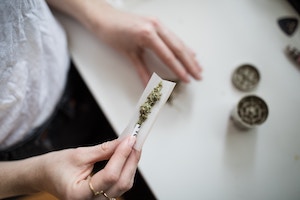 When Marie Hyde (not her real name, she asked to remain anonymous) was pregnant with her son two years ago, she suffered from near debilitating nausea, vomiting and weight loss. But she found relief from an unexpected source: marijuana.

“I would smoke it out of a bong or just eat an edible,” Hyde said. “I did what I needed to do and I made sure I tested clean when my son was born.”

When Hyde’s intense morning sickness symptoms began, her doctor wanted her to take metoclopramide, a prescription drug with a long list of possible side effects, including: headaches, mood changes and abnormal breast-milk production for the nausea and vomiting. Hyde refused the prescription and continued to use marijuana to alleviate her symptoms for the first two trimesters of her pregnancy. She said she stopped in the final stage of her pregnancy because she felt pressured by her doctors.

“With my family, it wasn’t an issue,” said Hyde. “But I feel like I got a lot of judgment from the doctors more so than anyone else. They treated me like I had a drug problem and I had to go to therapy.”

Part of her family’s comfort with her marijuana use comes from their history with marijuana. They are quite active in the cannabis community. They own a pot farm, two dispensaries and a cannabis bakery. “We’re very knowledgeable about the medicinal aspects,” Hyde said. “My mom believes that after the birth, the baby is less likely to have issues with colic.”

While it may be a taboo topic, Hyde isn’t alone in her choice to use marijuana while pregnant. The 23-year-old mom’s experience mirrors a growing trend among young women who are choosing to use marijuana during pregnancy. 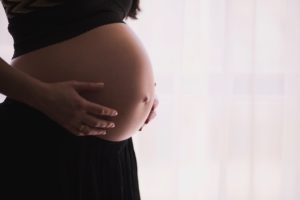 Photo by freestocks.org on Unsplash

A recent study conducted by Kaiser Permanente Northern California indicates prenatal marijuana use rose three percent between 2009 and 2016. The data, broken down by age range, shows the greatest increase, nearly nine percent, is among teenage expectant mothers 18-years-old and younger. Researchers relied on self-reported surveys and toxicology reports from about 300,000 pregnant women living within California to help determine marijuana use.

And while more women may be using marijuana while pregnant, the effects – positive or negative – on the fetus are still largely unknown.

According to The American College of Obstetricians and Gynecologists, tetrahydrocannabinol, THC, is a psychoactive property found in marijuana that is linked to adverse effects on a fetus during prenatal ingestion. The nonprofit group of women’s health care physicians discourages the use of the drug during pregnancy.

“There is some compelling research that there may be an effect on fetal brain development,” said Dr. Nancy Goler, senior author of the study and associate executive director at the Permanente Medical Group. “There’s never been any research that has been compelling to say it was safe in pregnancy.”

Goler strongly advises women stop using marijuana once they find out they’ve conceived, if they intend to keep the baby—if not before.

“If there’s anything that shows that it can have a negative effect, than we want to stop it,” she said.

Still, Hyde said she used cannabis for its medicinal property. “Considering you can use CBD and that’s not a high at all, [but] they still say it’s not acceptable,” she said.

CBD is short for cannabidiol, a compound in the cannabis plant. Unlike THC, CBD does not produce the psychoactive effects or feelings of being “high” typically associated with cannabis.

Hyde says she was aware of some of the possible side effects associated with prenatal marijuana use, including low birth weight and respiratory issues.

Hyde said she didn’t mind her doctor questioning her about her marijuana use But she thought they weren’t very knowledgeable about the drug.

Though no viable data is currently available to support or debunk cannabis benefits to the fetus or newborn, another study published in the journal Biological Psychiatry in 2016 suggests that cannabis use during pregnancy may facilitate the thickening of the frontal cortex, which is linked to higher intelligence.

Done by researchers at Erasmus University Medical Centre in The Netherlands, the study compared tobacco-exposed children with children exposed to both tobacco and cannabis and revealed differences in thickness in the cortical region of the brain, a region involved in complex cognition and decision-making.

Now that recreational marijuana use is legal in California for people over the age of 21, new avenues for research into this trend and its effects may be available. But the federal government’s classification of marijuana as a Schedule I drug remains a major obstacle.

According to the Drug Enforcement Administration, the categorization means the government believes a substance has “no currently accepted medical use and a high potential for abuse.” Paradoxically, any potential medical benefits of a Schedule I drug need to be scientifically proven to change its ranking, but its classification makes meaningful research nearly impossible.

Sarah Ceti is the chief operations officer and cofounder of Green Rush Consulting, a company that helps people navigate the cannabis business world. She doubts that the recent legalization will help advance research.

“The U.S. government holds the patent on cannabis, putting a stranglehold on research,” she said. “It’s nearly impossible to conduct research on pregnant women due to basic ethics.”

Ceti has witnessed the increase in marijuana use among pregnant women. In fact, Ceti herself is one of those women.

She said she used CBD tinctures nearly daily while pregnant with her son in 2017.

“There is a lot of negative misinformation out there in widely published studies that show negative results,” she said. “In my opinion, cannabis is much safer than what doctors want to prescribe for pain and nausea. My son was born happy, healthy and huge.”

Likewise, Hyde said that the health benefits believed to be associated with CBD led to her decision to use pot during pregnancy. It helped alleviate her morning sickness, which she said hindered her ability to leave the house or function as a member of society.

“I lost 30 pounds within the first two months of being pregnant,” she said. “I wasn’t eating and I was throwing up all the time.”

Experts, however, caution that seemingly positive outcomes for one patient don’t prove safety or effectiveness for others.

“Not all medications, even those prescribed, are safe in pregnancy,” said Goler. “But not all things natural are safe, being natural or being medicinal does not make it safe.”

According to Goler, soft studies that look at the effects of prenatal marijuana use on the baby have shown questionable behavioral and developmental issues later in life.

Furthermore, “CBDs inside of marijuana effect how neurons move,” said Goler. “We know that in a petri dish it effects neural movement in development.”

Most worrisome for Dr. Goler is the risk of addiction. “When you look at adults, marijuana has a priming effect on the receptors in the brain that makes someone prone to addiction,” she said. “We don’t know if we are putting these fetuses at risk of being more prone to addiction.”

Hyde’s son, now 21 months old, isn’t showing any adverse signs from her marijuana use—she says he is a healthy toddler and the two of them continue to go in for the standard well-checks.