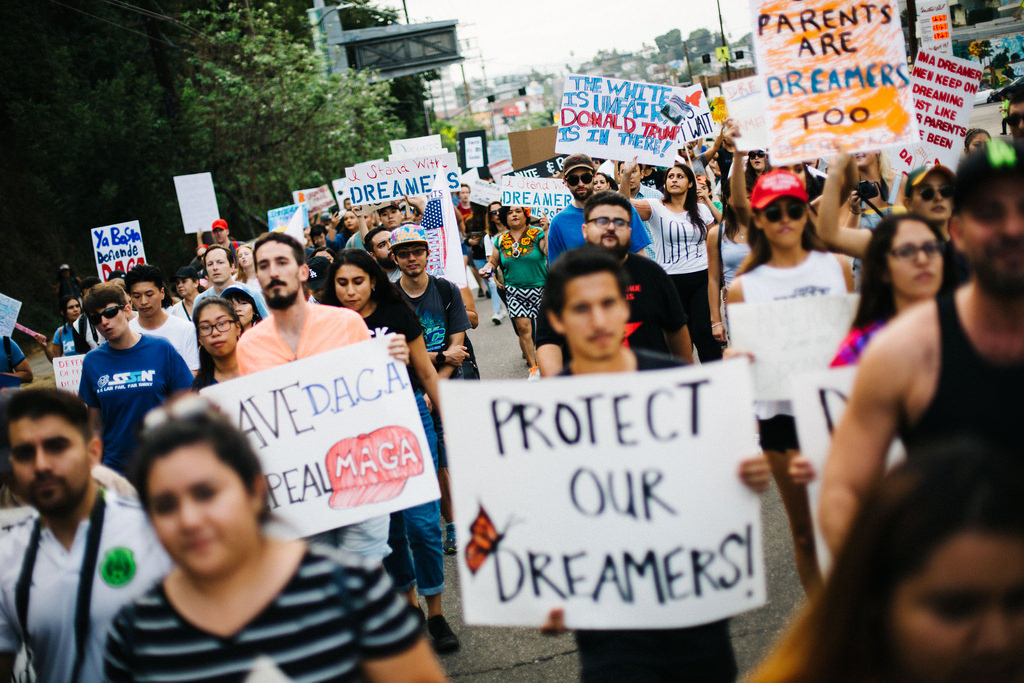 Posted at 19:51h in California, National by RPadmin 0 Comments 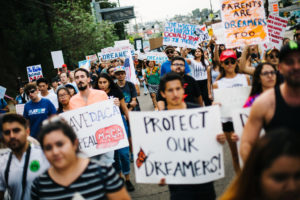 The advocates spoke at a national telebriefing for ethnic media sponsored by Ready California, a collaborative cross-sector effort led by the Immigrant Legal Resource Center.

“We’ve all learned to expect the unexpected,” said Sameera Hafiz, an attorney and senior policy strategist for the ILRC in Washington, DC. “The reason we’re here is because of Trump’s decision in September to rescind the DACA program and throw the lives of close to 800,000 young people into chaos and uncertainty.

“But while the Senate was ostensibly debating the future of the DACA program,” Hafiz argued, “the reality is that any (proposed) DACA proposals go hand in hand with eliminating the diversity visa program, severely curtailing the family immigration program and expansive border enforcement measures – far beyond what we think about when we think about border security.”

“And while we’ve been focused in DC on the legislative side, we’ve been distracted from what the administration is already doing.” Hafiz cited attacks on jurisdictions with sanctuary policies and other enforcement actions against Dreamers, mothers and activists.

Angelica Salas, director of the Coalition for Humane Immigrant Rights of Los Angeles (CHIRLA), agreed that what is underway is an attack on legal immigration itself which she called “a white nationalist agenda (whereby) certain individuals are not qualified to come into the United States based on their country of birth and their religion.”

On average, Salas noted, “our clients being deported from Los Angeles had been in the country more than 25 years. With the crippling of various legal channels like the Central American minors program, the separation of children from parents, the ending of diversity vistas, “the list goes on,” she said –“we’re destroying people’s lives.”

“This is not just about the immigrant community any more. It’s about what kind of country we want and who we are, as Americans.”

Zahra Billoo, executive director of the San Francisco Bay Area chapter of the Council on American Islamic Relations (CAIR) and a civil rights attorney,
hailed the decision by the Fourth Circuit which joined a chorus of courts across the country who have said that the Muslim ban is unconstitutional. Nevertheless, she noted, “Whether you are from Iran or Somalia, it does not matter what your story is, you cannot come to the US.” Billoo quoted a Georgetown University estimate that 60000 people had been impacted in their efforts to get an education or see their families.

“We’re optimistic,” she said, but cautioned that what’s legal doesn’t always align with what’s moral. “The court in the past has allowed many unjust things, such as the Japanese internment.”

Adoubou Traore, director of the African Advocacy Network which provides legal counsel for immigrants of the African diaspora, highlighted the dramatic growth of the African immigrant community, from 816,000 in 1980 to more than 4 million in 2016, Largely faceless and voiceless, this population has borne the brunt of every new restrictive immigration measure, from the Muslim ban to the removal of Temporary Protective Status (TPS). As immigrants and as Blacks, “we are the only group that has been named racially, and coming from countries that have been named in ways that I don’t even want to repeat, but we all heard it.”

Asked about the future of the immigrant rights movement, Salas noted the “tremendous mobilization by immigrant youth and this will only increase as people mobilize around the March 5 Congressional deadline for a solution on DACA.

“But this is a call to the broader immigrant community and Americans in general,” Salas emphasized.

“We need to stand up not just to be in solidarity with immigrants and refugees, and our brothers and sisters from the Muslim community. We need to stand up as Americans, as a country saying this is not who we are or what our values are. I think this is what’s missing.”