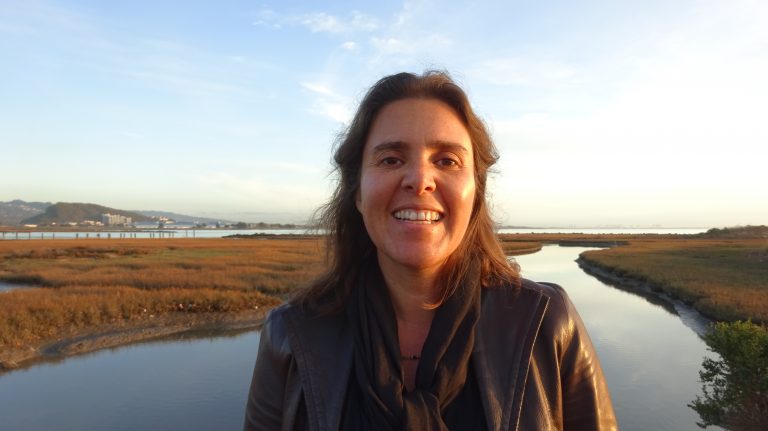 Posted at 17:26h in California, Environment, People by RPadmin 0 Comments 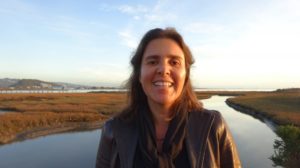 Above: Juliana Gonzalez,  executive director for The Watershed Project

SAN FRANCISCO — When Juliana Gonzalez explains to her neighbors what a watershed is, she’ll often crumple up a ball of paper and flatten it out with a little ridge running across the middle. Then she’ll dip the tip of her finger in a glass of water and let a single drop trickle down the page.

“That ridge is called the water divide,” she says, “which means when it rains the water will go down one side or another. Wherever that water runs, collects and drains out is a watershed.”

Gonzalez is the executive director of The Watershed Project, a nonprofit that works to engage Richmond residents in local watershed issues.

She is among a number of grassroots activists working to mobilize diverse communities around some of California’s most pressing environmental issues, from water and air quality to resource conservation and lack of green space.

“We take things like stormwater infrastructure, local flooding, rainwater harvesting, gardening… and we use these as our vehicles for engagement,” says Gonzalez. “We develop programs that make residents feel like they can be part of the solution.”

Experts say that climate change makes the need for local solutions more critical than ever. But Gonzalez admits there are challenges, including educating residents about the connection between the health of their local watershed and the health of their own community, and ensuring they have a voice in how that watershed is managed.

A geographic delineation, watersheds define areas of land where rainwater drains to larger bodies of water, like lakes or the sea. What happens in one part of a watershed will necessarily impact water, air and soil quality in another.

According to the U.S. Environmental Protection Agency, the watershed approach offers “the most effective” means of addressing some of California’s toughest resource challenges. At the local level, it is also a key means of tackling critical issues impacting vulnerable communities.

Mike Antos directs the Santa Ana Watershed Project Authority (SAWPA), which serves parts of Riverside and Orange counties. SAWPA is one year into a three-year program being implemented statewide to identify and re-engage with high-need communities around resource planning and management. SAWPA has so far looked into ways to ensure access to clean water for undocumented residents of unincorporated parts of Riverside County, as well as for the region’s growing homeless population.

But Antos says that for all the issues, “access to decision making is the greatest need.”

He noted, “In our region, the challenges are that in the decisions that get made over how public money [allocated to resource management] gets spent, these communities are not a part of those discussions.”

Antos also says that during planning stages, agencies are too often apt to dismiss the expertise and experience of local residents—considering their needs and deficits, while ignoring the strengths they bring to conservation efforts.

It’s a sentiment Gonzalez echoes. “I come from a science background … but I recognize the limitations of my own experience here, and I appreciate that of people who have been here longer and have seen the ebbs and flows of the local watershed,” she says.

Gonzalez points to one recent success, part of the Richmond Greenway project that will culminate in a three-mile pedestrian and bicycle path through the city. “We adopted many spots along this railroad corridor that will be a pedestrian trail … it will be a great place for a new park, and also solve a lot of local flooding issues in that neighborhood.”

Tamika Butler is with the Los Angeles Neighborhood Land Trust (LANLT), which works to expand access to green space in low-income communities around Los Angeles.

“We build parks, we own some parks … we also do policy advocacy work, and we have leadership development programs,” says Butler, who recently took over as head of LANLT after several years running the Los Angeles County Bicycle Coalition.

Butler says engagement begins by first listening to residents concerns, which tend to revolve around things like public safety, housing and the homeless.

“Public safety is a big issue, feeling safe in the park,” she explains, as does affordable housing. “You add a park to a community and it helps property values, and with housing reaching crisis levels, that comes up a lot,” says Butler.

Butler says her staff use these conversations to draw connections to broader conservation issues. “Part of what we’re doing is helping people see the nexuses and talking about the issues in ways that are tangible to folks in the community, in ways they identify with.”

And that’s critical, says Gonzalez, if California hopes to achieve a more sustainable future. “Taking care of local resources,” she stresses, “requires an appreciation of all voices.”

This story was produced as part of UCLA’s 2018 Watershed Fellowship for Ethnic Media.