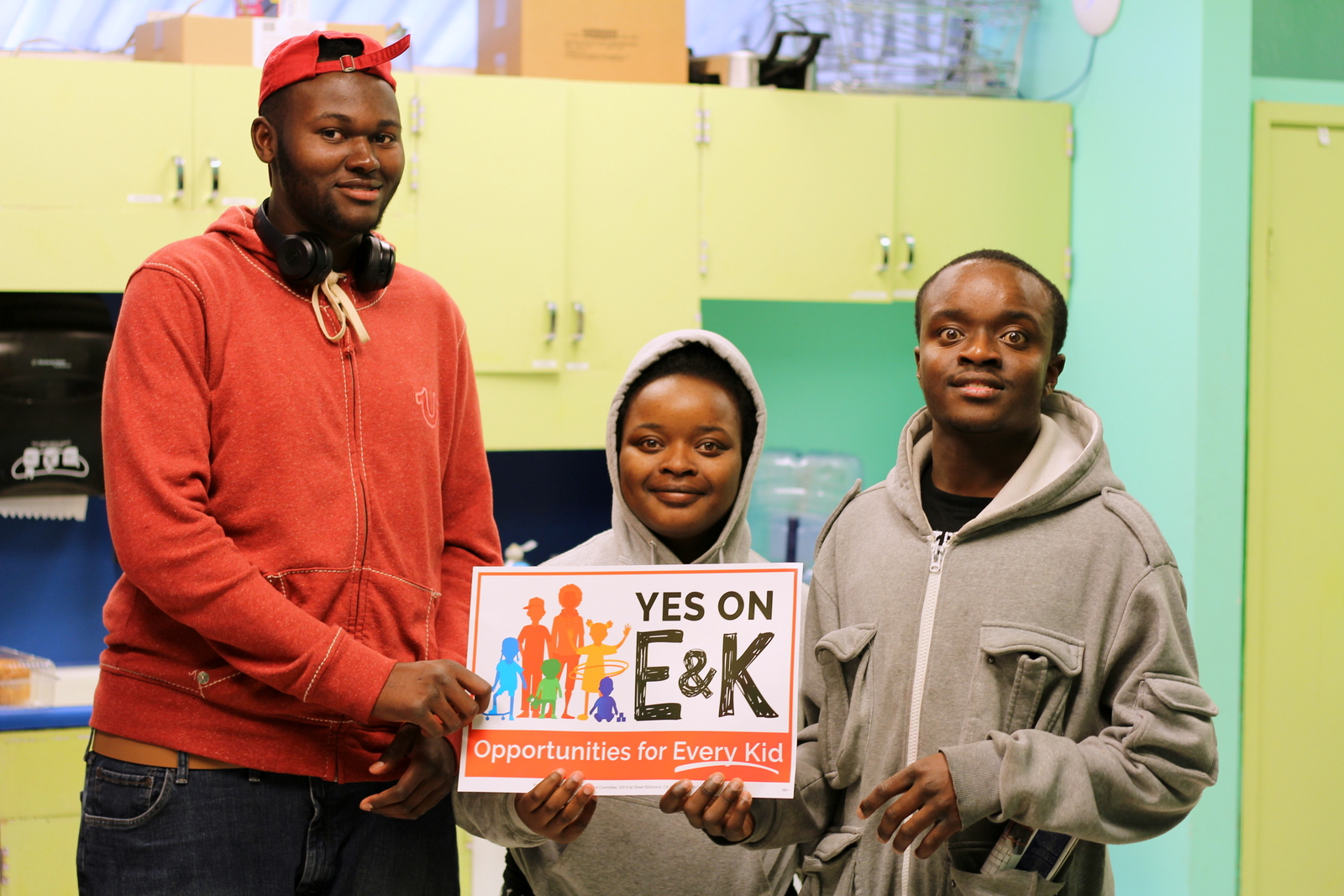 Posted at 22:10h in Politics, Youth by RPadmin 0 Comments 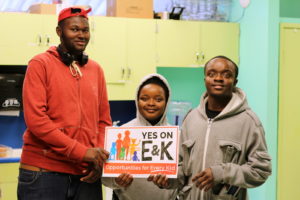 By Mitzi Perez and Jennifer Baires

Eleven-year-old Ayush Dahal stood in front of a gathering of local elected officials and community leaders and recounted one of the worst memories of his short life.

“This one time I went to an apartment and someone got shot right in front of my friend’s house,” Ayush recalled. “It inflicted lots of pain on me and my 3-year-old cousin. We were in tears for hours and hours.”

The young boy spoke at a kick-off event held at RYSE Youth Center last week, in support of a new and ambitious campaign to create the first city fund dedicated to serving youth in Richmond. 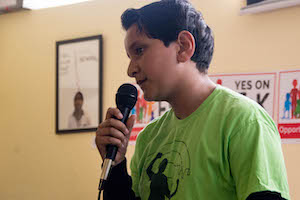 “We need the support,” Ayush said. “I hope the bill passes so everyone could have the support they need.”

Ayush was one of many speakers from nonprofits and community groups throughout the city to talk at the campaign’s first event.

Advocates of the campaign, known as Kids First Richmond, hope to convince voters to pass three separate pieces of legislation over the next year: two measures in June and a sugary beverage tax in November. It may be a big ask for a city that voted against a similar “soda-tax” measure six years ago.

The campaign is built around Measure E, the Richmond Kids First Initiative, which initially received enough signatures to be on the ballot in 2016. (The measure didn’t make it to the ballot, however, because county officials didn’t validate the signatures in time for the city council to include it on its agenda. Later, at a tense meeting, the council decided against adding the initiative to the agenda as an emergency item.)

If approved, Richmond Kids First would allocate up to three percent of the city’s general fund, over the next decade, to a special fund for children and youth services. The fund would be administered by a city operated Department of Children and Youth and grants and applications would be reviewed and passed on to city council for approval by a community oversight board.

When the initiative was first floated in 2016, it didn’t have a revenue stream tied to it and didn’t enjoy the wide support it does today – including unanimous city council approval.

“In a few months, we have gone from contention to collaboration, and I think there’s a great lesson here,” said Mayor Tom Butt at the kick-off event. “We’re all on the same page. We’re out to get this done. It’s not only remarkable, but it’s really a great lesson in how to move something forward.”

That collaboration came in large part thanks to amendments to Richmond Kids First found in Measure K, which will also be on the June ballot. Aside from a dedicated special revenue stream to fund the new department, the revisions detailed in Measure K include removing a restriction on how much funding the city can receive as well as a requirement that the city partner with a nonprofit organization. (Which would allow the fund to be spent on city programs as well as those provided by nonprofits.)

If both measures pass in June, the next test – and arguably the hardest one – will come in November with another attempt at passing a one cent per ounce sugar-sweetened beverage tax.

In 2012, Richmond was the first city in the nation to put a sugar-sweetened tax measure on the ballot. But it failed with nearly two-thirds of the electorate voting against it. A companion advisory measure that asked if the proceeds of the tax should be spent on sports and health education programs for local youths passed by nearly the same margin – indicating that voters liked the idea of supporting youth programs but didn’t like the idea of taxing their sodas.

However, leaders say they’ve learned from that failure and have reworked the tax so that it’s levied on the distributors of sugar-sweetened beverages rather than local retailers. It is still unclear whether the tax would mean higher prices for customers.

“This measure is very different,” said Contra Costa County Supervisor John Gioia. “It is modeled after the successful measures that passed in San Francisco, Oakland, Berkeley and Albany.”

The new proposed tax would charge distributors one cent per ounce on sugar-sweetened beverages but will not apply to baby formula, milk, agua frescas and nutritional supplements.

Gioia said he is optimistic that voters will support the tax this time around knowing that it will expanded services and opportunities for youth. 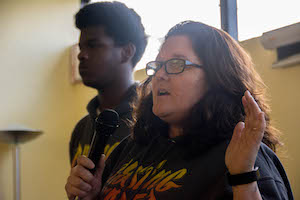 “Kids First Richmond might be one of the first measures in a long time where everybody is for it,” said Kimberly Aceve-Iñiguez, executive director at RSYE. “It feels good for young people.”

“San Francisco’s Department of Children, Youth & Their Families and the Oakland Fund for Children and Youth have transformed services for children and youth,” Aceves-Iñiguez said. “RYSE came into Richmond at a time young people were seen as deficits, under invested in and under valued. Without solid and sustainable infrastructures, our organizations are always at peril.”

At the event, groups such as ACCE promised to secure 3,000 signatures out of the 5,100 needed to get the sugar-sweetened beverages tax on the November ballot while reps from SEIU and APEN promised 300 signatures.

Given the unanimous support from elected officials, signatures in support of putting the sugary beverage tax on the ballot may not be the deciding factor.

“If by some chance, there’s not enough signatures in time by June, the council can still vote to put this on the November ballot,” Gioia said. Though he added that the decision to collect signatures was a strategy to build community support, and it appears to be working. While it may still be early, there hasn’t been any public opposition.

“I am extremely hopeful and almost confident that we are going to win,” said Jamileh Ebrahimi, youth organizing director at RYSE. “When we submitted arguments for Measure E and K, no one submitted against,” she added.