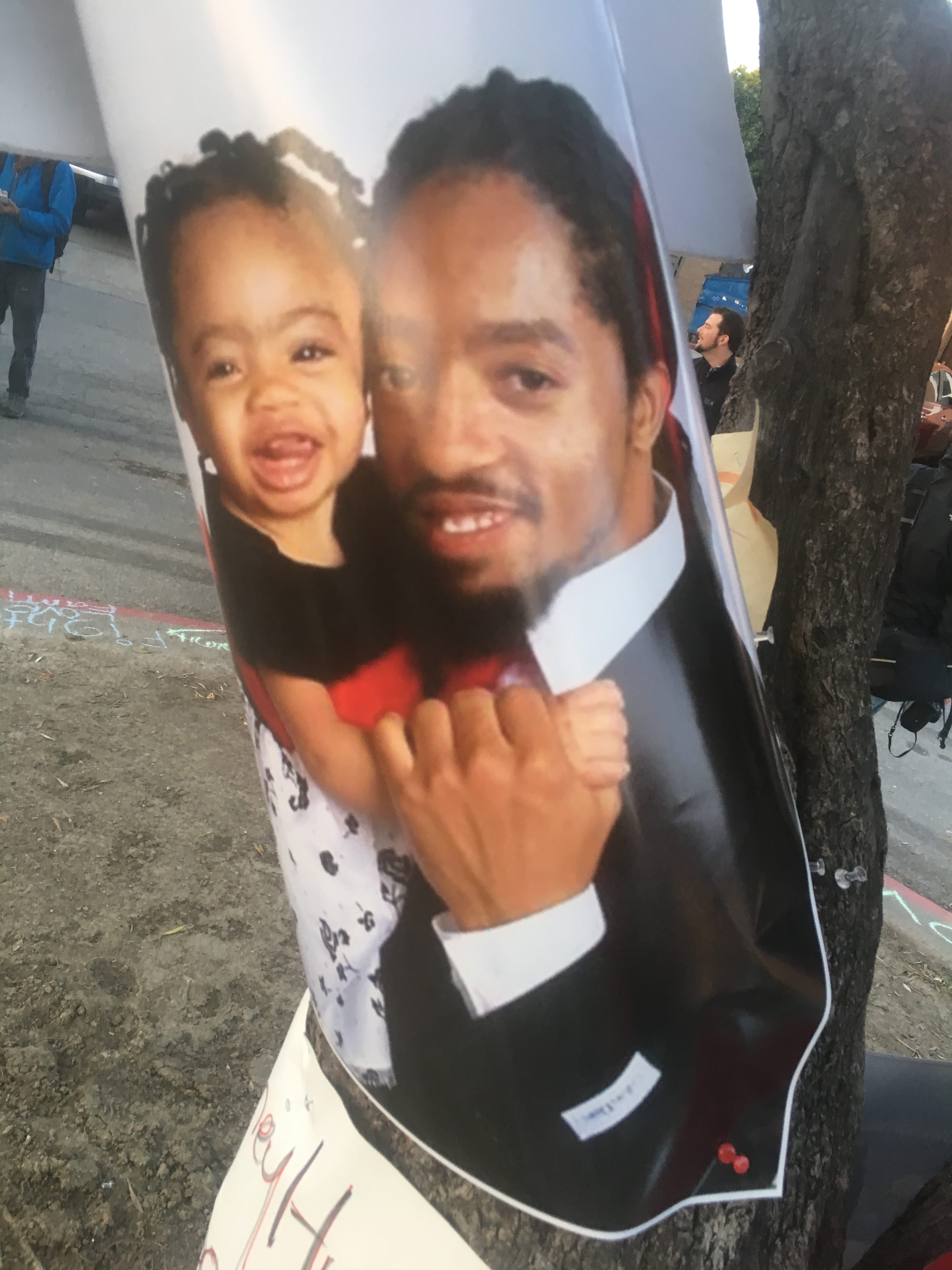 Posted at 16:44h in Neighborhoods, People by RPadmin 0 Comments 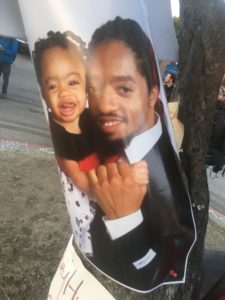 Sadness and grief, shock and despair. All of the feelings and emotions that come with losing another life too soon to gun violence in Richmond. It not only affected those who knew and loved the victim, but also the entire heart of the community.

About 50 people gathered for a candlelight vigil last Thursday to remember Mark Henderson II, who was shot and killed in Richmond on April 9. A makeshift memorial of candles and balloons decorated the circle in the parking lot, with photos of Henderson pinned to a tree.

Family, friends, neighbors and community members met at the Crescent Park Apartments near where Henderson — 29 and a father of a four-year-old girl — was killed. As of now, no arrests have been made, but Richmond police are investigating the shooting.

Henderson’s father, Mark Henderson Sr. — with short-cropped salt and pepper hair, wearing a blue and red plaid shirt — painfully spoke about his son, sharing memories of kissing him on his forehead.

“Kiss your kids. I don’t care how big they is. You never know, tomorrow is not promised,” he said. 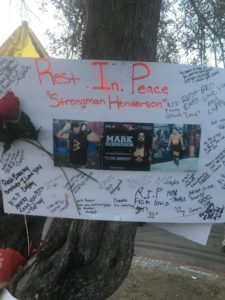 Henderson attended El Cerrito High School and Contra Costa College. After starting with boxing, he went on to compete as a mixed martial arts fighter. But, at the vigil, he was remembered for how he cared for the kids he came in contact with in Richmond, something that will be missed in the community.

“He was down for the community, mentoring kids, trying to get kids to stop from doing bad stuff. Kids looked up to him,” said Yulsonda “Yuyu” Dedmon, who said Henderson was her nephew. “He wasn’t all about that life, carrying guns. He was about health.”

Henderson had a natural rapport with kids in the neighborhood, playing football, lifting weights and teaching them boxing skills to protect themselves, Dedmon said.

“He always had somebody’s kid, working with someone. That was just him,” she said.

After Henderson Sr. spoke, community activist Elana Bolds asked the crowd to bow their heads and led the group in prayer. She sang a version of the traditional church hymn, “I Know Who Holds Tomorrow.”

Henderson Sr. said his son will be missed by all the kids that came into contact his son.

“He touched their hearts,” he said. “They feeling it. That means he been there for them.”

At the vigil, a mother from the neighborhood held back tears as she spoke about times when she was frustrated parenting her six-year-old. But, thankfully, Henderson was there to help her out.

“He would just come and say, calm down, I got it. I’ll take her, do what you gotta do,” she said. “With me not trusting anybody, I was able to trust him with my kid.”

Dedmon said she will remember “Markie” as jokester, a but also as someone who always truthful, even as a little kid.

“It’s hard. I wish he was here,” Dedmon said. “I don’t know why people think they God or whatever. It’s not cool. Let people die the regular way. Not because someone wanna take their life.” 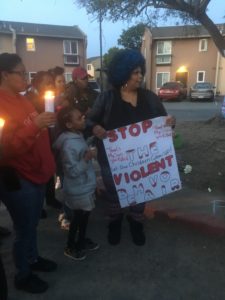