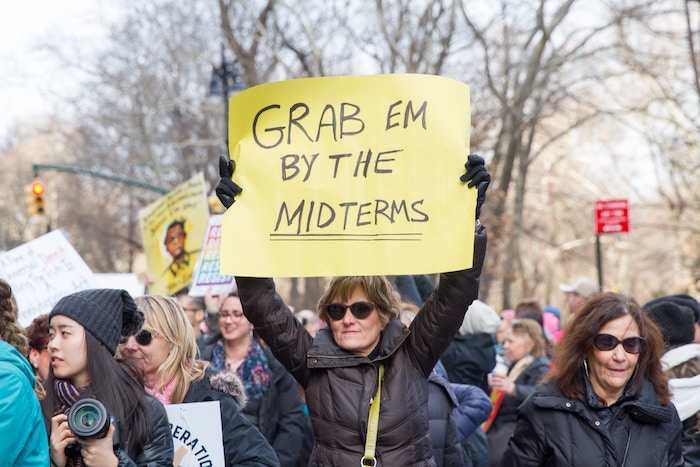 10 May Don’t Forget to Vote Before the World Ends

Posted at 20:21h in Politics, Youth by RPadmin 0 Comments

Photo by Mirah Curzer on Unsplash

On Nov. 6, our great democracy will hold its midterm elections. While the general elections are held every four years to elect a Commander in Chief and other offices, the midterms are held ever two years. They’re like the halftime show of a game that is just as import as the game itself.

This year, all 435 seats in the House of Representatives are up for grabs and a third of the Senate seats are at stake as well. There are also many other important races, including governors and mayors.

Our country’s entire pollical paradigm can be flipped on its head. While voter engagement and turnout is historically low during midterms, these elections can have more baring on the daily lives of average Americans because these state and local officials can create tangible change in their communities.

Historically, the party holding the White House loses seats in both the House and Senate in midterm elections, but a number of factors — namely public opinion of those in office — will determine if a large shift will take place this year.

The Democrats are betting on a “Blue Wave” this November. They hope to win this round of musical chairs by taking the majority in the House of Representatives, which would require they take back 24 seats in addition to holding on to the 193 they currently have. In the Senate, the Dems would have to grab two seats while holding onto the 26 seats they already hold. The Dems have made this shift in the past, but it wasn’t easy.

The Republicans have a few key things on their side that could hold the surging Dems at bay, including a solid base reveling in their newly found agency and political power.

A bullish stock market and a healthy economy typically help the incumbent party hold onto their majority. They also hold an ace up their sleeve: the drawing of districts to cluster voters together by race and political association. This slight-of-hand is known as “Gerrymandering,” and it’s not so much as a game charger as it is a game breaker.

But all hope isn’t lost for the blue wave that Dems would like to surf back into the power.

It seems the GOP has some, um, image problems that will work against them and undoubtedly sway voters and mobilize new ones. Due to the ongoing investigations in to the skeleton-filled closet of President Trump and his disgraced administration, Republicans are scrambling for competent leadership. But the Democrats will attempt to capitalize on their own “moral high ground,” juxtaposing themselves as the lesser of two evils to independent voters and moderate Republicans who no longer recognize their own party.

Both parties share the task of untangling the passionate but ultimately directionless American landscape we find ourselves battling on today. The Brady Bunch of talking heads of the mainstream news seem to agree on major point: our republic is fractured to its core.

The “Sport-ification” of politics by cable news and meme culture have added fuel to the fire of American paranoia with partisan opinions masquerading as fact. Too often, beliefs and biases remain unchallenged and prejudices remain locked and loaded without any further examination.

We have become a culture of bullies and keyboard warriors who pontificate impotently into our bitter self-serving echo chambers. Society is self-replicating meme. Schadenfreude — a German word for the joy one feels in the revelry of another’s pain — is an international sport. It is a feedback loop of hacky provocateurs preforming mock outrage and fragility, all for the lulz.

It is as though we are running on treadmill trying to escape the nagging feeling that everything around us is on fire, leaving us with a nearly unending supply of questions: Are we on the brink of World War III? Is our president in the pocket of a dictator? Can I still use the internet in the aftermath of nuclear fallout? Will our new artificially intelligent overlords find our toilet humor and blatant perversions of technology as amusing as we do?

Elon Musk sure seems eager get the hell off the planet. What does he know that isn’t telling the rest of us? Is the end, in fact, near? Could one midterm election even make a difference?

If you listen closely, you can hear the rattling sabers of tribalism echoing back through the vast halls of time. The battle lines are drawn. The political warriors — smeared in red and blue war paint — contort their faces show their perfect teeth.

A nation is molded in the image of its leaders and the battle for control will continue rage on long after Nov. 6. Voting won’t save us from the end of days, but having a few politicians in office who care about the quality of time we have remaining on earth might.

With the right decision-makers in power, they could very well tack a few hardened thousand Decembers on to the end of our calendar.

And that is worth the trouble.