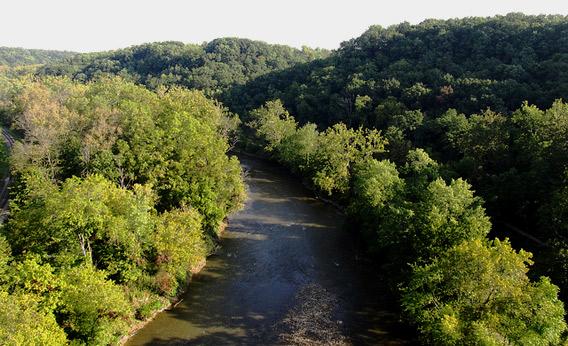 Posted at 20:43h in California, Politics by RPadmin 0 Comments

Proposition 68 on the June 5 ballot promises to modernize California’s parks and water systems in unprecedented ways.

The measure, which requires only a simple majority vote to pass, would have the state borrow $4.1 billion for a long list of recreation, conservation and restoration projects involving parks, water-related works and the environment.

Two-thirds, about $2.8 billion, would go to build parks in communities where there are none, clear up the backlog of maintenance in state parks, boost local park districts, prepare for climate change and generally improve park access for all Californians.

The remaining $1.3 billion would go for a wide range of water-related measures, from restoring watersheds and protecting salmon runs to ramping up water recycling and conservation, and dealing with groundwater considerations, flood protection and, in the Coachella and Imperial valleys, restoring the Salton Sea, and more.

Prop. 68 is unique, said Mary Creasman, California director of government affairs for Trust for Public Land, which helped draft the measure with state Sen. Kevin DeLeon and Coachella Assemblyman Eduardo Garcia, in its emphasis on serving the broadest possible sector of Californians.

“Because of its equity element,” she said, “this bond is different from any other we’ve had on environmental or natural resources. Most of its priorities are on underserved communities.”

Before any of its specific targets are addressed, she said, comes the stipulation that at least 20% of its spending benefits low-income communities.

For example, the largest piece of the billions designated for parks, $725 million, is intended for new parks in “park-poor” neighborhoods — those with fewer than 3 acres of usable parkland per 100,000 residents.

The measure’s inclusionary emphasis, Creasman said, is also reflected in its early-stage provision for community outreach to make people aware of its goals. From there, the bill also contains language to provide technical support to community organizations — smaller or governmental bodies, nonprofits, small businesses, schools — that lack staff to pursue applicable Prop. 68 grants.

At that point, support would shift to building partnerships among organizations to do the work. The equity focus remains throughout the hiring and contracting process, Creasman said.

Addressing concerns that previous parks bonds have spent too much in remote places, most of Prop. 68’s spending will be directed by per-capita need. As a bonus, $25 million is intended for rural areas and, ultimately, there’s something for every county and city in the state, Creasman said.

“You can’t appreciate something that you don’t have access to. We always need more green space in urban areas,” said Miguel Luna, executive director of the Los Angeles nonprofit Urban Semillas.

There are no parks within a 10-minute walk for the majority of Los Angeles County residents, and for communities of color, the numbers are worse, according to studies Trust for Public Land cites.

“I advocate for bringing green space to urban areas,” Luna said. “I think it’s important for people to understand and value.” Access to local parks, Luna said, also serves as “a portal to the great outdoors” for their communities.

The federal Centers for Disease Control and Prevention found sizable physical and mental health benefits in communities with access to parks, open space or trails, which, like beaches, boost tourism. California’s urban parks and natural areas generate $6.8 billion annually, and statewide 750,000 jobs and $91 billion in revenue derive from park systems, according to Trust for Public Land.

Twenty-five percent of the $30 million designated for “non-motorized infrastructure development and access improvements,” for example, is for “innovation transportation programs that expand outdoor experiences to disadvantaged youth.” There’s money to restore natural, cultural, ethnic and community resources and convert fossil fuel plants to green space — $60 million, a third of which is earmarked for direct benefit to disadvantaged communities.

The water proposals reflect an evolving way of thinking about how to manage water use in the state — toward capture, conservation and more efficiency, as opposed to big dams or tunnels.

Ideally, a Prop. 68 project will serve both of its goals — greater park availability and better water management, Creasman said.

“We need every tool in the box to save water these days,” said Robert Doyle, East Bay Regional Park District’s general manager.

“We only have a limited amount of water on the planet,” Luna said as he described, for instance, how green spaces can do double duty in not only providing healthy recreation opportunities but helping capture and filter storm runoff to replenish groundwater.

San Diego, which imports 85% of its water from Northern California or the Colorado River, already has an aggressive water-recycling program. Prop. 68 will allocate $100 million for similar efforts around the state.

There’s $20 million dedicated to encouraging drip irrigation instead of flood irrigation in agricultural communities and $200 million for “voluntary settlement agreements” through which the state can redirect water previously spoken for by rights-holders.

Other pieces of the Prop. 68 puzzle include $80 million for groundwater cleanup, for instance in the San Gabriel, San Fernando and Salinas valleys, where pollution has become a problem.

There’s $85 million to protect coastal watershed and agricultural resources, beaches, bays and wetlands and complete the California Coastal Trail, $35 million for protected marine areas and sustainable fisheries, and $48 million for protecting and connecting wildlife corridors, which allow people and wildlife to hew to their respective territories. Waterfowl habitat and river and stream restoration to support salmon and steelhead fisheries and efforts at fire and flood prevention also are eligible for Prop. 68 funding.

Other forward-looking aspects include $550 million for flooding safeguards such as storm water diversion and mudslide protections and $40 million to help coastal communities adapt to climate change.

Although Prop. 68 has nothing for the governor’s water tunnel pet project, it nonetheless has his support, along with that of the state Chamber of Commerce, the Sierra Club, the Democratic and Green parties, labor organizations including the SEIU and the California Labor Federation and Federation of Teachers, the League of Conservation Voters and CALPIRG, the California Public Interest Research Group, and the Los Angeles Times, San Francisco Chronicle, San Jose Mercury News and Sacramento Bee newspapers.

Opponents, who have reported no spending in opposition to Prop. 68, are limited to the antitax Howard Jarvis group and California Taxpayers Association and the Peace and Freedom Party.