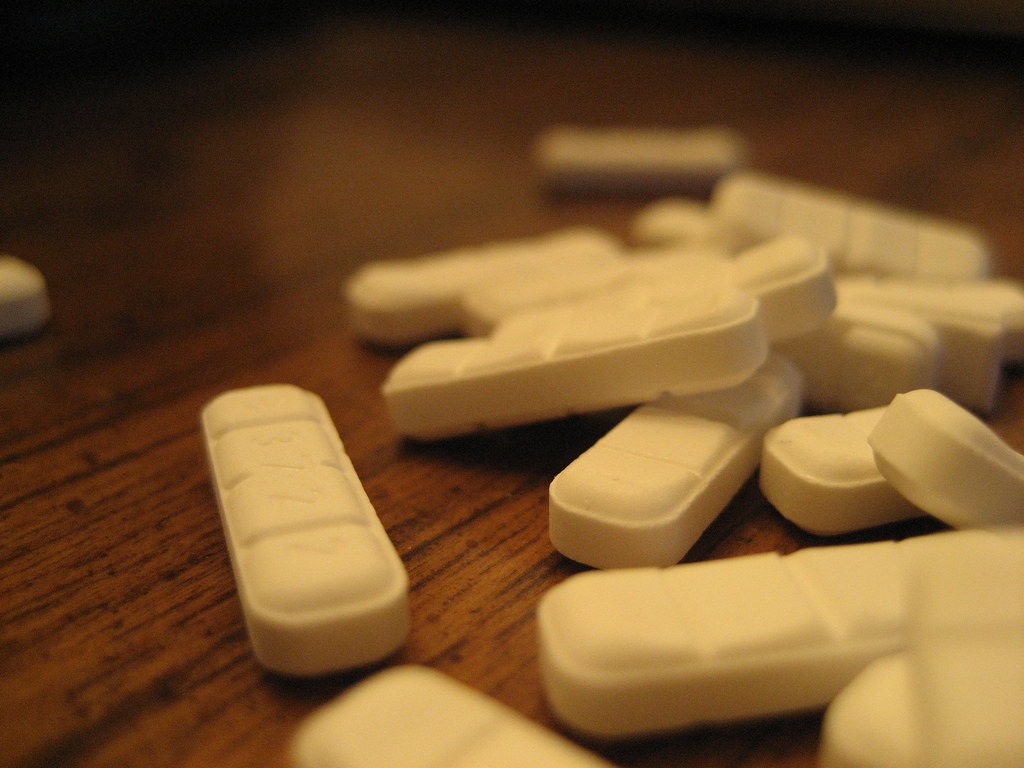 Editor’s Note: According to the National Institute on Health, prescription and over-the-counter medications are now the second most commonly used drugs by young people in America, second only to marijuana. The risks are high: many of the most popular pills are opiates and prescription pill use is a major contributor to the opioid epidemic. Sean Shavers, a young man from Oakland, shares his experience with prescription drug use.

I was 23 when I first tried Xanax. My cousin was selling the pills and gave me one to try out. He convinced me that the amazing high was something I had never felt before. I took the pill at 9 a.m. and didn’t wake up until nearly 12 hours later. It was scary. I had never slept that long. I could’ve died or slipped into a coma. That was the last time I tried Xanax.

A year later, I started using another prescription drug, hydrocodone (a.k.a. Norco). It, too, was an opiate-based prescription, but it didn’t feel as addicting. I began taking them because I wanted to increase my high with weed. I had gotten to a point where pot wasn’t enough, and I was curious to see what might happen.

We were all curious. It was a pill wave.

It began, among people I know, in 2012 after Molly (ecstasy) was introduced through rap music. For the first time, we were using hippy dope. After a while, that subsided and the Xanax moved in. We got used to these drugs because an influx of hipsters moved to The Bay. As they moved in, the drugs moved with them. When I first saw whites in West Oakland, they were hipsters using opiates and heroin. They would give brothas weed, stereo equipment, pills, anything to get high. Once the brothers experimented with the pills, it spread like fire. It created a new street economy.

At one point, everybody I knew from age 15 to their mid-20s was on a prescription. I believe the prescription cough syrup, “lean” had pushed youth to abuse other opiates. Plus, the music was influencing the culture. Molly, Xans, Percocet, Norco, codeine with Tylenol were everywhere. Easy access and drugs mentioned in the music – that’s all it took for it to take off.
Kick backs were another reason the pills were popular. A kick back is a small house gathering or hotel function, where only a select few are invited and told the location of the event. People come to get high, mingle and hopefully get lucky if you know what I mean. The pills helped females get in the mood: with that shy nervous feeling gone, her true freak would come out. She would be willing to sleep with you, without a complex or commitment. Pills gave men confidence to grab any female and seduce her. Folks were very flirtatious off those pills. I even scored plenty of times.

The hip hop community was seemingly unaware of the dangers these pills presented. For years, the hood couldn’t get these substances. Nobody knew a doctor who would give it out or prescribe it. But suburban youth were well aware of this. OxyContin had swept white America in the early 2000s. White youth been experimenting with this. It’s just the ‘burbs kept it on the low. We didn’t see opiate addiction on the tube, so most urban youth had no idea what they were getting into.

Quickly, it got to the point where the pill wasn’t just a compliment to the weed high. It was primary. Sixteen year olds were putting Xanax in their juice and drinking it all day. They were looking bad: drained, weak, losing weight and their breath was stankin’. They also became violent, willing to snap on anybody. Pills clouded their judgment and made them act impulsively. Once the older cats saw that, we backed out of it. We saw what ecstasy did to people: it put holes in cats’ brains, and sparked shootings and seizures. We saw the opiates as another form of bad ecstasy abuse, or thizzin’.

Weed and alcohol are still the drug of choice for most, but for some, pills and syrup simply complement the high. It’s the combination of all these substances that put your brain, body and life at risk.

My prayers go out to the youngsters. They really don’t know no better, they think it’s glamorous to be high, and we influenced them. We rapped about it, rolled blunts in front of them, even sold to their parents. It’s amazing what youth pick up. It’s our job as elders to warn them. Not just to scold them, but to have a real conversation on why this stuff is dangerous. These pills kill people. Sixteen year olds have overdosed, slipped into comas, driven high and killed others.

The addiction is even worse. Some people graduate to harder drugs once their prescription runs out or they can’t feel the high anymore. The withdrawals are moody, sickening and violent. You don’t want anything making you act like that.

At first, I loved Norco. It was a smooth high that lasted a few hours. They were pretty cheap — about five dollars a pill — but I discontinued the pill thrill once it became too addicting and I popped them like Skittles. I became lazy, complacent, and unwilling to work, socialize or perform normal activities.

When I decided to stop, it was because of research. I started studying this thing closely. Where did it come from? Why is it so available? After seeing a few documentaries and hearing testimonies, I realized opiates already plagued white America. They knew about this in 2001 with OxyContin. I started to hear soccer moms say addiction destroyed their children. I recognized that this problem was more than I could handle. I already had my own demons with alcohol and marijuana.

My wife was always against the pills. She wouldn’t deal with me high. No sex, no love, nothing. After a period of time of no affection, it got old. I realized this wasn’t worth it.

I try to warn my younger brother, who is 19, not to get involved. But he’s an adult. I can’t stop him from experimenting. Sometimes it takes a bad trip or withdrawal to get through to them. The best lesson learned is a hard one.

My advice would be to stick to the Zig-Zags and beer because you’re not ready for the ills that come with what’s in mom’s medicine cabinet.