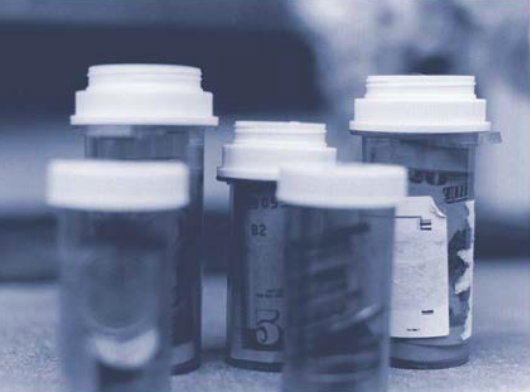 08 Jun Beware the Rabbit Holes of the Internet

Posted at 00:36h in Health by RPadmin 0 Comments

I have always had an addictive personality, as far back as I can remember. My father called it an obsessive personality, and my mother suspected it was a light case of autism or Aspergers. At times, I wondered if I really was lightweight autistic but have since abandoned the idea. It was a crutch for years.

Psychiatrists never seemed to know what was wrong with me. I’ve been formally diagnosed as being bipolar, having ADD, and, as an edgy teenager, having a borderline personality disorder.

While I acknowledge that there’s some sort of chemical imbalance that could be corrected by the right combination of psychiatric medications, most days I choose to believe I am simply an addict.

One of the earliest manifestations of my addictive personality was when I was first introduced to the Internet as a preteen. My daily life obsessions, such as Gopeds and paintball, carried over into my online browsing habits, and I would stay up until my parents fell asleep and sneak onto the computer to browse forums such as “Gopednation” and “PBNation” until 4 a.m., even on school nights.

Drugs eventually entered the equation. A harmless bowl session here and there developed into copious amounts of different substances and buying and selling. I dropped out of school to pursue drug addiction full-time.

At 26, with the help of methadone, I stepped away from the needle for a few years, went to college and met the girl of my dreams. I had everything I thought I’d ever want in life, but I had this nagging impulse to destroy everything and go back to hustling to support us. I soon was selling dope again, despite my girlfriend’s objections.

I began to slide into one of the most intense depressions I’ve ever experienced. Like many others with mental illness, I isolated myself to the point where even an online handle was more identification than I wanted to show. This is where anonymous forums come into play.

4Chan — “the hate machine of the Internet” — is one such site. On different message boards, one can interact with others from around the world anonymously. I’ve never gravitated toward boards for science, math or anime, but toward the edgier boards such as /b/ [and later on /pol/]. Both have been safe havens for my degeneracy. ere, people come together from all corners of the globe to shit- post anonymously with other social outcasts they can relate with.

Posts from “politically incorrect” /pol/ found their way into /b/during the 2016 elections. Some things being said about religions and ethnicities on /pol/ were unsettling. I didn’t believe them and set out to prove them wrong. But when I began to look into the hateful things being said, I found many contained kernels of fact, which made them seem believable.

In the ash of an eye, I had been introduced to the “red pill,” an analogy drawn from The Matrix film. In it, the main character can take either the red pill, which will open his eyes to the reality of the universe, or the blue pill that allows him to return to the ignorant bliss he’s been living in for his entire life. The meme centered on the idea that conservative ideologies are correct, or “red pilled,” while liberal thoughts are blissfully ignorant of reality.

I couldn’t see this propaganda for what it was. But looking back on it, being introduced to a political ideology allowed me to shift my feelings of worthlessness, shame and failure onto others. After years of being depressed, I was finally angry and had targets for my anger.

I remember a conversation I had with my ex-girlfriend after ranting about some racially charged topic, and she asked, “Where’s all this coming from?” I told her that deep down, I hated myself — even in the middle of all the insanity, I would still have a moment or two of clarity. She tried hard to fill the void in me, but my disease wouldn’t allow me to let her help. After four years, I gave up. I told her I was toxic, not the kind of man she deserved.

It was during the years I spent on 4chan, particularly /pol/, that I was transformed from your average, run-of-the-mill, depressed drug addict into somebody headed toward a full-on, “come-try-to-take-my-guns, Hitler-did-nothing-wrong” nut job at an alarming speed. If you didn’t walk like me, talk like me, think like me, look like me, you weren’t welcome in my home. I didn’t want you on my street. In my town. My country. I didn’t want to breathe the same air as you.

It took turning myself into the  county jail to serve time on an old  warrant that was the turning point in  my story. I had earlier dismissed the  idea of unwarranted police brutality, but in jail I was treated as a subhuman by many officers, predominantly  white, and treated fairly by fellow inmates, most of whom were not. I stayed off the Internet for a month, reading books instead. On my release, I reintegrated into the real world, interacted with neighbors and friends of all ages, ethnicities, sexual identities, and religions, and eventually returned to sanity.

Today I make a conscious effort to avoid destructive thinking. I still disagree with some cultural practices but don’t let it consume me. A big part of being able to let all that go, I think, is being content with myself. I believe it’s impossible to truly hate another human being without first hating yourself.

I’m currently enrolled in college full time, employed part time, active in a couple of local 12-step fellowships, and am reuniting with old friends and making new ones.

I try to fill my life with positive things, doing my best not to let substance abuse or Internet addiction get a strangle hold on my life. I fight to maintain my humanity and not let hate for anything or anyone, myself included, consume me. rough the grace of a higher power I choose to call “God,” I’m able to place principles before personalities.

For the first time in my adult life, I can say I’m living my life to the best of my ability.

My advice to anyone reading this essay is that if you’re the type that seeks out edgy content when in a funk, instead call on your friends and family in times of need — don’t allow yourself to get sucked down any rabbit holes that could potentially destroy you.