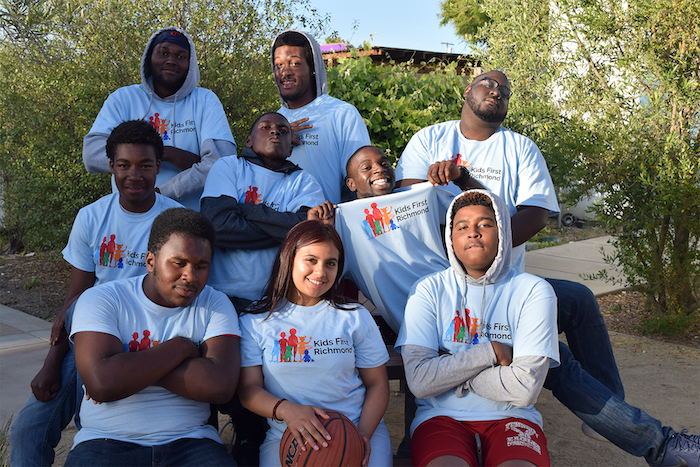 Posted at 04:55h in Politics, Youth by RPadmin 0 Comments

Teenagers at Richmond’s RYSE Center joined in the California Primary Election night revelry with a watch party at the center. There was a lot on the line for many at the center who had campaigned on behalf of local measures E and K and many were also watching the Contra Costa County District Attorney election because of the impact that official could have on youth in the city.

As MSNBC, and CNN echoed through the building, students and staff celebrated the successful end of their campaign for local ballot measures E and K. But, the D.A. position, even as of Friday evening was still unknown.

The most recent numbers, released on Friday night, have Diana Becton, the current interim D.A., ahead with over 50,000 mail-in ballots still uncounted. Becton needs a majority to avoid a runoff against her closest opponent, senior deputy district attorney Paul Graves.

Richmond Kids First, Measure E, along with its amendment, Measure K, passed handedly, establishing “The Kids First Richmond Initiative” and moving one big step closer to enacting a program that would dedicate a portion of the city’s general fund to provide health and wellness services to Richmond’s youth and families. (Funding for Kids First is contingent on passage of a sugar-sweetened beverage tax measure that will go before Richmond voters in November.)

While most Election Day party attendees are too young to vote in this year’s June and November elections RYSE staff emphasized that youth can still impact politics.

“I think the young people have learned that although some of them may not be able to vote, they can very much engage in the process.” said Destiny Iwuoma, RYSE’s college access coordinator.

A clear example of that engagement was seen earlier this election season when youth turned out at a recent town hall with Contra Costa County District Attorney candidates at Sylvester Greenwood Academy in Richmond and brought juvenile justice concerns to the forefront.

As election night wore on at the RYSE Center, youth and staff played a game of Jenga with jumbo wooden blocks, and ate as political coverage played in the background.

Staff members are hopeful that the passage of E and K can motivate young people to participate in politics, and encourage them to educate their families on the changes that are coming to their communities.

“Sometimes Grandma or Auntie don’t get out that much, or they work 9 to 5, so they may not know that all these changes are happening,” said RYSE Center staffer Alisha Murdoc. “I think being able to go home and talk about it is a big deal.”