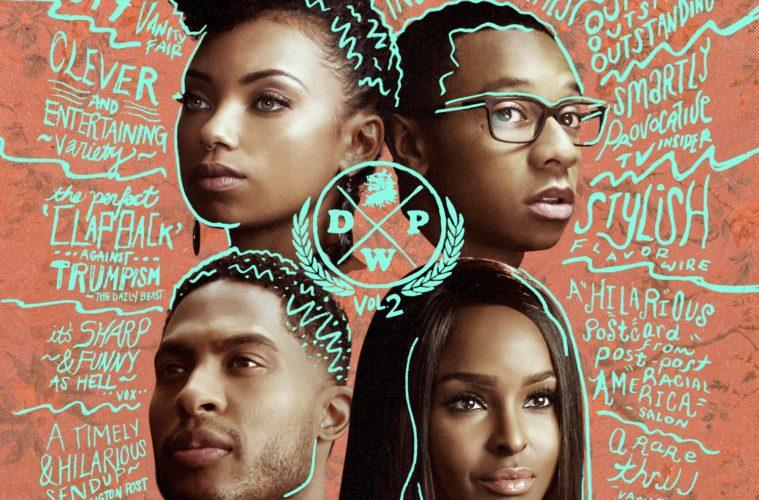 06 Jul ‘Dear White People’: a Microcosmic Look at the U.S.

Posted at 19:59h in Arts and Culture, Youth by RPadmin 0 Comments

Winchester University is as a metaphor for the United States and its government. The show is a microcosmic look at the emotional and physical toll on a group of oppressed people in a “free” democratized environment who are trying to enact change.

Some of the episodes made me want to go out and protest injustice in my own community.

Nexflix’s Dear White People is an adaptation from the 2014 movie of the same name. The first season was released in 2017 and season two picks up right where season one ended.

After a blackface party at Winchester exposed the racial tensions between black students, white students and the university administration, the show’s protagonists, Samantha White and Lionel Higgins, start on a journey towards racial equality. White, an activist and radio talk show host, promotes protests and discussions on campus. Higgins is a journalism student and writes for a campus newspaper.

This second season is driven by the introduction of the white secret societies that pull strings behind the scenes at Winchester. This includes integrating the Armstrong Parker House, the traditionally all-black living space. The black students argue that the Armstrong Parker dorms were a safe haven for them to preserve their cultural identity in a sea of white people.

The narrative of the oppressed community looking for freedom resonates with me, an undocumented Mexican American community college student. I have dreamt of attending prestigious universities, but I fear by doing so, I would face similar discrimination.

The show tackles racism at the university in many significant and relatable ways. In episode four, Abigail, a white student, told Coco, a black student, that she’s had trouble adjusting to life at the Armstrong Parker house. Abigail said she loves black people and even uses cocoa butter, but she didn’t understand why they all hate her so much. Abigail recalled the moment her tension with her black roommate, Keisha, began. One day, Keisha was playing Lemonade by Beyoncé on repeat. It began to bother Abigail, so she told Keisha to put headphones on.

“Beyoncé is one of very few physical manifestations of how Keisha aspires to move through the world,” Coco then explained to Abigail. “So, you didn’t just ask for headphones to be used. You effectively asked for Keisha’s silence. Plus slavery.”

Through these different perspectives, there is an underlining theme to the series — relationships. Just like the movie of the same name, the two seasons of “Dear White People” focus on White’s two conflicting struggles: in her mind, there’s the revolution of black lives, but in her heart, she is in love with a white man named Gabe.

Season two also introduces social media troll @AltIvyW and his — the only clue you’ll get from me — account that mirrors the language Pres. Trump uses online: ignorant and meant to instigate white students’ racist rhetoric. Just like in real life, it works. Sam gets caught in a days-long Twitter fight with @AltIvyW.

If you’ve ever been in a Twitter war, you know the interactions are virtual, but the anger, similar to road rage, is real. I have “clapped back” at racist conservatives since creating my Twitter account, but watching White’s fight montage got me upset with her and myself.

It should be so easy to just let go, close the laptop or put the phone down and go do something productive. But social media makes it so easy to engage in the culture war when the nearest protest is in your pocket or in your lap.

Dear White People is a show that would never be aired on ABC, CBS or any other mainstream TV network. It is a show that takes the angst of 21st century American racism and creatively presents it in a humoristic way. It will make you want to binge-watch the entire series and then inspire you to protest or march.