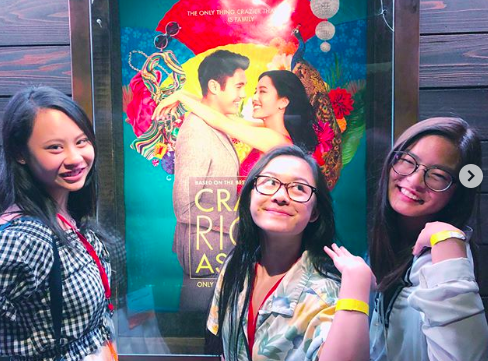 Posted at 18:01h in Arts and Culture, Women, Youth by RPadmin 0 Comments

Last week, I got to see a special screening of Crazy Rich Asians before it premiered to the public. And I have to say, there is no better way to watch this film than to share the experience with a couple hundred other Asian Americans cracking up and crying alongside you.

This month has been dubbed “Asian August” among some folks. And here’s why. Crazy Rich Asians, which boasts an all-Asian cast in a Hollywood movie, kicked off a few days ago. Today, Netflix released its original film, To All The Boys I’ve Loved Before (TATBILB), featuring Lana Condor, an Asian American female heroine. And Searching, starring Jon Cho among other Asian Americans in the cast, is set to premiere next week.

I think it’s safe to say this month alone holds more Asian American representation in media than I’ve seen in my entire life.

So last night, as I stayed up until midnight to watch TATBILB, I found myself tearing up from excitement. It’s a coming of age rom-com about a timid teenage girl who breaks out of her comfort zone when someone sends her crushes the love letters she’s written about them.

I relate to Lara Jean on such a deep level. Well, not that what she’s going through has ever happened to me—and I hope it never does—but the shy girl breaking out her shell thing is definitely something I’ve experienced and am still going through. While this character is an archetype that has been done over and over again, as a young Asian American woman, I’ve never seen it played out with someone who looks like me. And that’s what brought me to tears at 12 a.m. while under my covers.

The fact that this movie is on Netflix makes it accessible to young people like me, who can probably afford a $10 monthly subscription to Netflix over a $14 ticket to see a movie in theaters. Don’t get me wrong, Crazy Rich Asians is a huge win for Asian American representation. But TATBILB has a special place in my heart because I can relate to its average teenage girl plot. 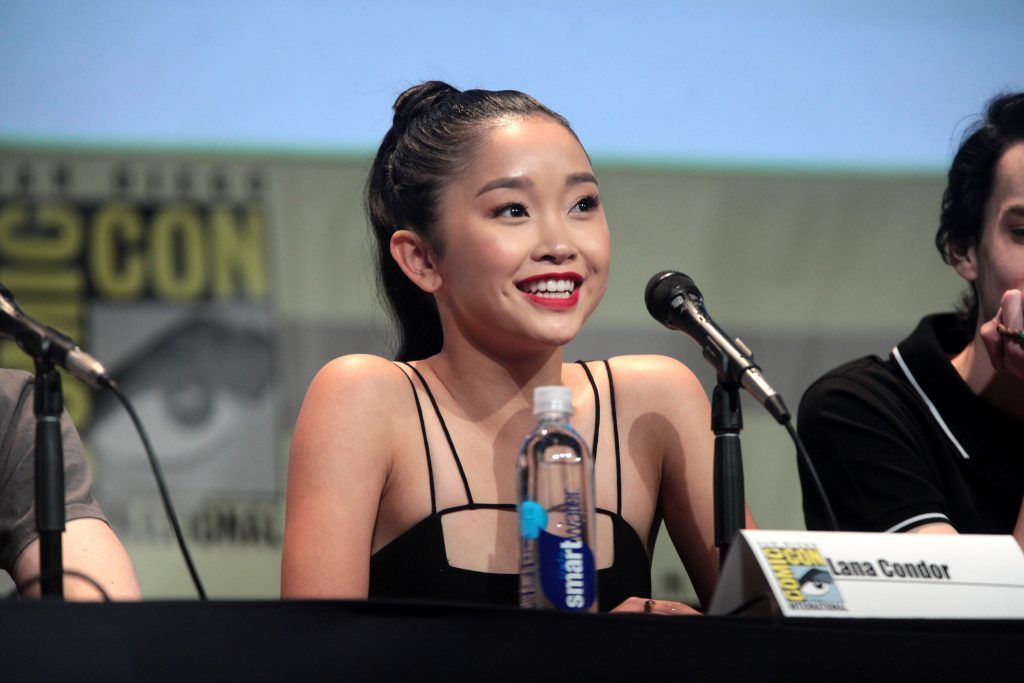 Above: Lana Condor, To All the Boys I’ve Loved Before’s lead actress, at San Diego Comic Con 2015 for “X-Men: Apocalypse.” Photo by Gage Skidmore via Flickr

Despite my excitement for it all, I do have a few bones to pick with “Asian August.” The movies that are coming out are very East Asian-centric. For example, the only dark-skinned Asians represented in Crazy Rich Asians are the help in the Young family’s house. The rest of the cast are all East Asian. Another is the fact that these movies are all smushed together into the span of a week, which makes it feel like they’re being put in competition with one another.

But I’ve decided to pick my battles here. Because let’s remember, we haven’t seen anything like this in 25 years since Joy Luck Club , which came out in 1993.

And for those who are wondering if “Asian August” will last: it feels more like it’s here at last and it’s definitely here to stay.

This story originally appeared at youthradio.org