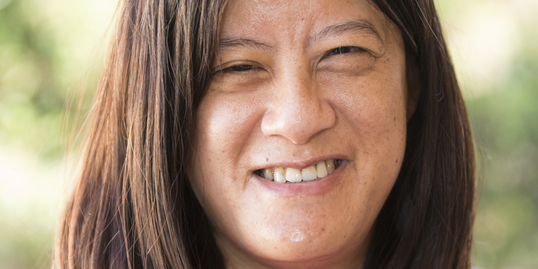 07 Sep Carole Johnson: ‘All Hands on Deck Are Needed’

Posted at 07:15h in Politics, Uncategorized, Women by RPadmin 0 Comments

Carole Johnson, 48, is a community activist making her first run for City Council. Johnson has lived in Richmond for over 20 years and is a member of the City of Richmond Homeless Task Force and the Contra Costa Racial Justice Coalition. She was a member of the city’s Human Rights and Human Relations Commission from 2013-2015 and participated in Richmond Ceasefire from 2011-2017.

Johnson spoke with Richmond Pulse about homicides, homelessness and health in the city.

Carole Johnson: I am running for City Council because I have been serving our community already, since 2007, and I would love to continue serving the citizens of Richmond in a larger capacity. Being elected would also allow me to expand my knowledge of city politics to become a stronger advocate for marginalized people, since they have typically been ignored, in terms of funding, for vital services.

Richmond Pulse: What are the two most pressing issues in Richmond, and how will you address these issues?

CJ: Number one is the homicides in the city. Since Ceasefire has run its course, I would try to get churches in the community to build on the work of New Hope Missionary Baptist Church and what they are doing to stop the violence. We also need the police and elected officials involved, but it can’t just be all on the police because all hands on deck are needed.

The second issue would be homelessness. We have these blighted and vacant properties around the city, and we need find away to use them.

Also, more programs for mental health and drug and alcohol addictions. I’ve heard that there is a shortage of programs in the community.

CJ: Since the closure of Doctors Medical Center a few years ago, efforts have increased to pick up the slack. The Lifelong Medical Care Center expanded its services in Richmond, but there are still many people who need a local hospital. If elected, I will strongly encourage Kaiser hospital to do a better job of expanding much-needed medical and mental health services to all Richmond residents. The West County Health Centers are doing a pretty good job, but Kaiser could be doing a better job of providing services.

RP: What is you vision for development at Point Molate?

CJ: The issues surrounding Point Molate have become more complicated. Now that the area has been returned to the private developer, hopefully he will invest in a quality sewer system, which would, in turn, make the area more suitable for both market-rate and affordable housing, as well as retail shops and other businesses. Everyone is jumping on the bandwagon, but they don’t realize that we can’t have housing there right now.

RP: When you think of Richmond in 10 years, what do you see?

CJ: In ten years, hopefully, Richmond will have enacted better policies to reduce homelessness, gun violence and other crimes. If that happens, Richmond will be able to attract more retail shops and real estate developers. Hopefully, Richmond will also find ways to reverse gentrification so people who grew up here can return to the city of their childhood to raise future generations of Richmond residents.