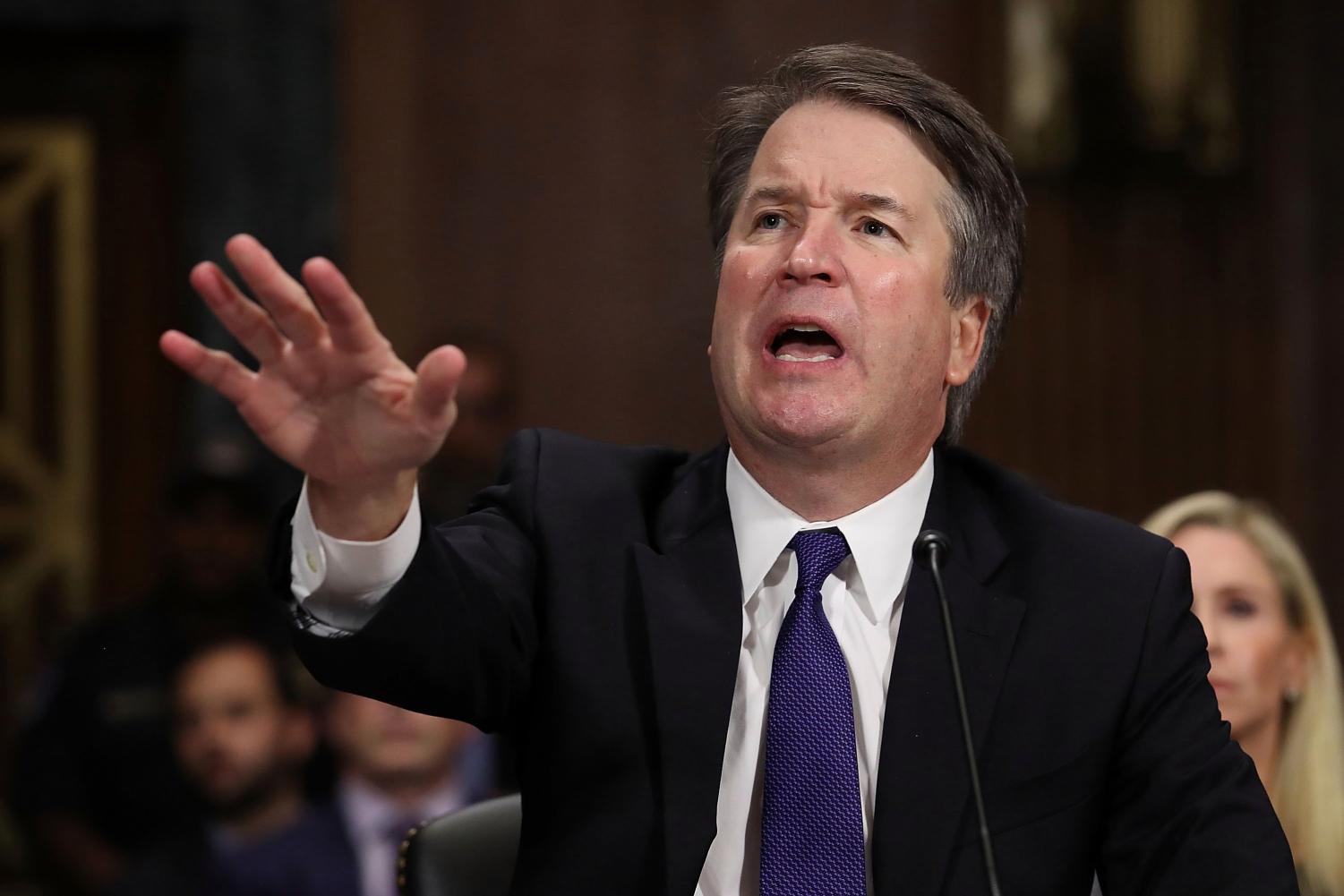 Posted at 23:17h in Commentary, Politics, Youth by RPadmin 0 Comments 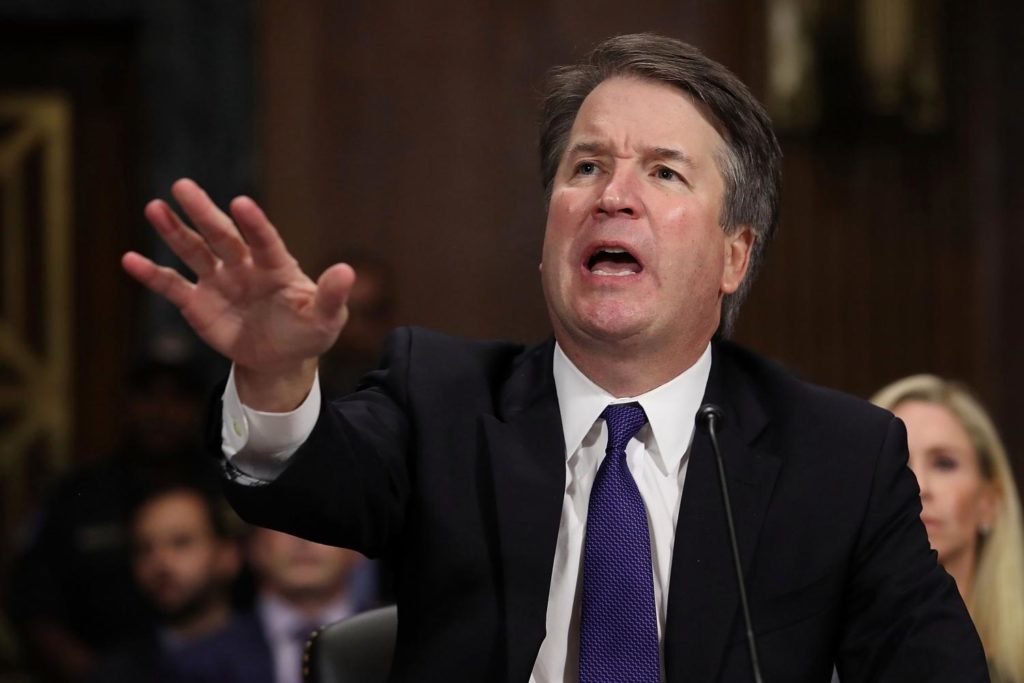 Editor’s Note: We asked local high school students for their opinions regarding the accusations and nomination of Brett Kavanaugh. Their answers have been edited for length and clarity. The statements that follow reflect the beliefs of the students who made them and not the views of Richmond Pulse.

The Kavanaugh hearings show the government is corrupt. Kavanaugh was accused of sexual assault and the FBI didn’t want to investigate. Ford’s accusation was disregarded. This makes women and some men have no faith in authorities, knowing they disregard sexual assault. The victims of sexual assault are traumatized and afraid for their well-being, while their attacker is free. If an investigation were to take place and Kavanaugh was proven innocent, the people would more likely have some trust in him. At the moment, he just seems like a child who can’t control his actions, and the Supreme Court and the government just look like a big joke.

Brett Kavanaugh and the string of allegations against him have been quite a spectacle here at Richmond High. Some teachers have been talking to us about the situation. People have taken many sides, but I’ve found myself in the middle. On one hand, it was right to investigate him on these out-of-the-blue allegations because no one wants a sexual offender on the court. On the other hand, these allegations seemed to have suspiciously popped up. Not before when they were trying to see if he was fit, not when he was nominated to the Supreme Court, but at the final vote. And we don’t really know what’s true. To say something now just doesn’t seem right. I want people to come forward without fear of being put down for it, but it’s the people who are lying that make it truly difficult in the first place. Yes, if he did it, we want him brought to justice, but there’s a statute of limitations. But if he didn’t, these allegations can ruin people’s reputations. It makes me suspicious of people who do try to come out, and it makes everything worse. It’s horrid to do such a thing, but it’s even worse to act like it happened just to ruin someone’s life.

The recent Kavanaugh situation further shows women have always been treated like objects. For example, in one of my classes, I heard someone say, “If a girl has her legs open, that means she’s asking for it” followed by laughter. Instances like that remind me of what’s so wrong with the way people are raising their children. Disrespect for women is so embedded into our society. Clearly, these types of attitudes develop into adulthood, which is why we have situations like Kavanaugh.

Not only are women treated like objects, but if they do come forward with their truth, they are accused of exaggerating. Even though Dr. Ford is well-educated, people didn’t believe she was credible.

Women are the nurturers of our world, so what makes a man superior to women? Why is society accustomed to disrespecting such an important part of humankind? Maybe women have always been superior to men. The recent Kavanaugh news shows women are getting tired of sitting and watching. Hold on to your socks, boys, because women are coming full-speed ahead.

I feel unsafe being an American citizen after hearing about the Brett Kavanaugh situation, because 2018 is the year to come out about sexual assault that happened nearly 40 years ago. Being a male here in the United States is unfair. The women who are accusing Kavanaugh are coming out after 20 or more years. Why? I feel that the women just waited for Kavanaugh to get a platform so they can come out with these allegations. The women knew, after President Trump appointed Kavanaugh for Supreme Court, he would be earning more money. So, in my ears, I just hear false accusations. I personally believe the women now accusing men with high titles got hush money, but they wasted it all and are now looking for more. This society is just a disaster. I am scared to be a male now because women can just accuse me of sexual assault and get away with it. I’ll just be an innocent man in prison.

It sucks that Kavanaugh got voted on to the Supreme Court. The government doesn’t care — Kavanaugh was accused of sexual assault by three women. It means he doesn’t respect women, which affects every female in the United States. Even if the assault happened in the past, it’s still important because if the three women spoke up, it’s for a reason. If he did it three times, he needs to get help. Honestly, what do these women gain? They just want justice and to warn others of someone who now helps run the country.

I think men are more often believed when they say they didn’t do something. When a woman says she was assaulted, everyone wants proof, an eyewitness, and every detail. When people do speak up, they’re often shamed or slandered, which makes it that much harder for people to speak up. There’s stupid propaganda going around telling boys to record their every interaction with women so they won’t get falsely accused. It’s actually far more likely for them to get assaulted themselves than to get falsely accused. We live in a society where we let our women down to avoid ruining a man’s “reputation.” I think it’s unjust to have people like Kavanaugh and Trump in power after so many rape and assault accusations. It is demoralizing how we often let rich white people get away without consequences. I feel like our government is corrupt and tries to cover up important people’s mistakes.