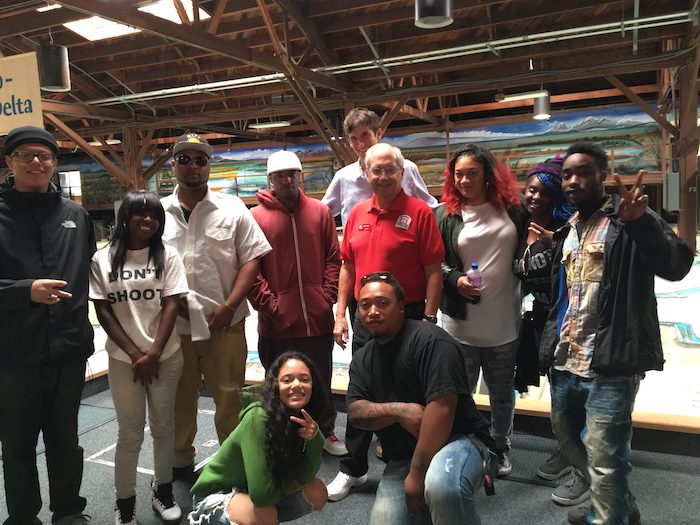 Posted at 21:48h in Environment, Neighborhoods by RPadmin 0 Comments 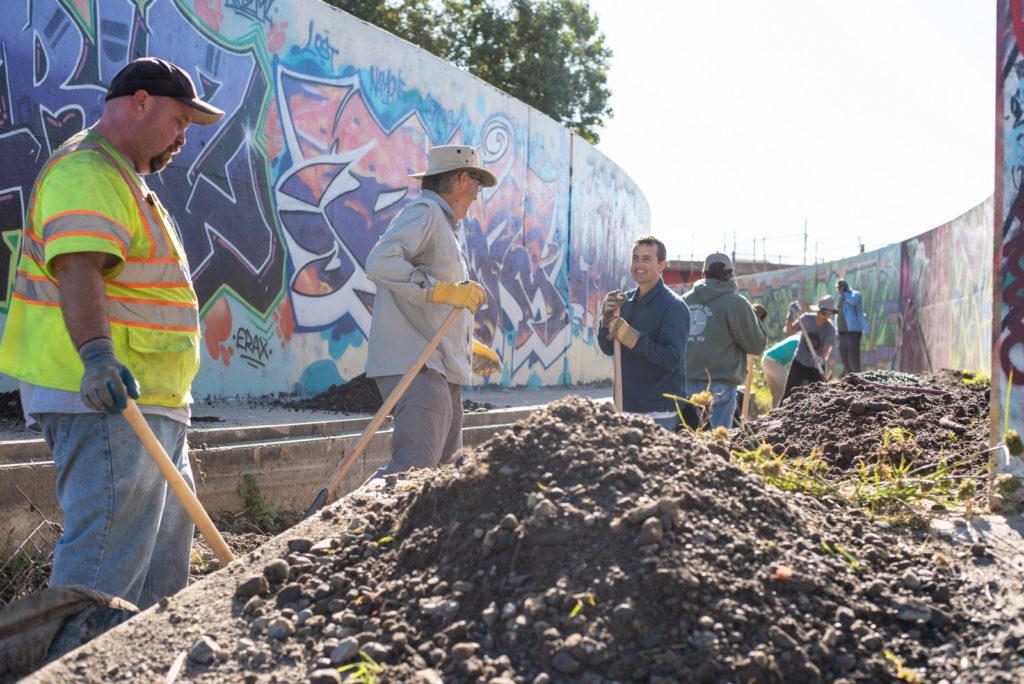 Students and staff making their way to Verde Elementary School in unincorporated North Richmond cross a small bridge right outside the school’s entrance. The bridge traverses Wildcat Creek, which descends from the dammed-up waters of Lake Anza in the Berkeley Hills to the east and flows into the 387-acre Wildcat Marsh that abuts San Francisco Bay to the west. Wildcat Creek, at 13.4 miles long, is the backbone of an 11.1-square-mile watershed in environmentally diverse Contra Costa County.

“I never knew about Wildcat Creek,” recalled Princess Robinson, who grew up in North Richmond, went to Verde and now is a community engagement manager with the nonprofit Urban Tilth. “It’s gated off, isolated from the community … high grass, the trail doesn’t have anything on it, it’s not really nice to walk. … It looked like useless, empty space,” she said. “It was all we knew.”

Residents in this largely working-class and immigrant community are now banding together to restore the long-derelict stretch of their creek, in the process opening up much-needed career opportunities and access to green space.

‘Heart of the Community’

Wildcat Creek hasn’t changed much in recent years, but Robinson’s perspective has.

After three years working in Urban Tilth’s Basins of Relations program, she sees Wildcat Creek as “the heart of the community.”

Projects to clean up the creek number nearly 100. They’ve been initiated by governments, nonprofits and community groups from throughout the watershed, including some by Urban Tilth. All have met with varying degrees of success. But now there is hope such efforts will get a boost from Prop. 68, a $4.1 billion bond measure California voters passed in June. There is $725 million in Prop. 68 to build or expand in “park poor” neighborhoods around the state.

This is especially promising for underserved communities such as North Richmond and nearby San Pablo, where the ratio of acreage per thousand residents – at a mere two-thirds of an acre — is far below the 3-acres-per-1,000 considered the “park poverty” line.

Off the streets and into jobs

In her time at Urban Tilth, Robinson has seen dozens of other young adults from North Richmond — including her younger brother — proceed through an apprenticeship program into positions at Urban Tilth and then other, more career-oriented jobs.

To accomplish that, they went through up to seven months of training at sites throughout the Bay Area, Robinson said, restoring creeks by picking up pulling trash and pulling invasive plants, replacing them with native plants. It’s a hands-on way to learn about waterways and watersheds. It wasn’t all grunt work; the program included kayaking trips, open-mic sessions and other educational opportunities, she said.

“We’re hiring young adults from North Richmond,” Robinson said. “I’ve seen them on the block a lot, they didn’t have opportunities. Going through the program opened their eyes to get better jobs. I don’t see them out on the streets anymore.”
D’Angelo Patrick, 24, an Urban Tilth volunteer, is one of those young people.

“The watershed teaches you about organization, helps teens and younger adults to go experience something besides construction and warehouse jobs,” Patrick said. “If people want to work with nature, they can go on to East Bay Works, even the city of Richmond.”

Patrick recalled growing up in North Richmond and San Pablo, including time spent splashing in the creek with friends and siblings. These days, he says, concerns about illegal dumping – generally by outsiders – and homeless encampments keep most residents away.“The creek is a community resource, not a thing to be feared,” said Nathan Bickart, Urban Tilith’s Watershed Programs manager. “If it’s not a community resource, people are less inclined to protect it.”

“We get a whole range of feedback” from residents, Bickart said.

Richmond passed Measure T, a tax on vacant property and buildings, in November, to help mitigate illegal dumping and other issues of blight that go hand in hand with homelessness, the measure’s intended target. That, in turn, could help address some of the issues Robinson and others raise.

But for members of the Wildcat-San Pablo Watershed Council, California’s oldest such organization, restoring endangered salmon populations to the region has remained a priority for decades.

The Watershed Council has long been pushing for a fish ladder to help native steelhead trout, an endangered species of salmon unique in its ability to spawn in several succeeding years if they can make their way back and forth from their salt-water habitat to their fresh-water spawning grounds. Steelhead number in the hundreds in the entire state.

Much of the fish ladder has been built. And, over the past five years, the council, Trout Unlimited and the Contra Costa Flood Control District have led volunteer efforts to clean Wildcat Creek up. The most recent was on Sept. 15 and 29.

That Wildcat Creek often goes dry during the summer doesn’t stop steelhead and rainbow trout from spawning in its waters, and doesn’t imply that it’s being parched by upstream damming. But it’s also within the scope of possibility, Bickart mused, that Parks District management might opt for slow releases from the dams at Jewel Lake and Lake Anza in Tilden Park or the San Pablo Reservoir, “if enough people are adamant that they want this managed as a year-round steelhead breeding site.”

Watershed Project Executive Director Juliana Gonzalez echoed that. “It’s such a beautiful community asset that one day, we want the salmon to come back,” she said. “It’s not that difficult once you have this long-term vision.”

With voters passing Alameda and Contra Costa counties’ Measure FF bonds and, in June, California Prop. 68, that vision now has funding to support it.

Meanwhile, the fish ladder, with its concrete walls and channels cut into the middle of the bottom, has become “Three Creeks,” a widely known concrete canvass for muralists and graffiti artists who arrive from all over the state to do their work without fear of law enforcement.

“The police, Contra Costa sheriffs didn’t mind tagging” there, Patrick said. “I wish they had more places like that, designated areas to go show off their skills.” Sometimes, he said, murals painted there stay up for as long as six months.

“Like a braid of water,” as Gonzalez describes it, Wildcat Creek forms, with Rheem and San Pablo creeks, the San Pablo Watershed, itself an element of the San Francisco Watershed.

“The whole world is a watershed,” she explained.