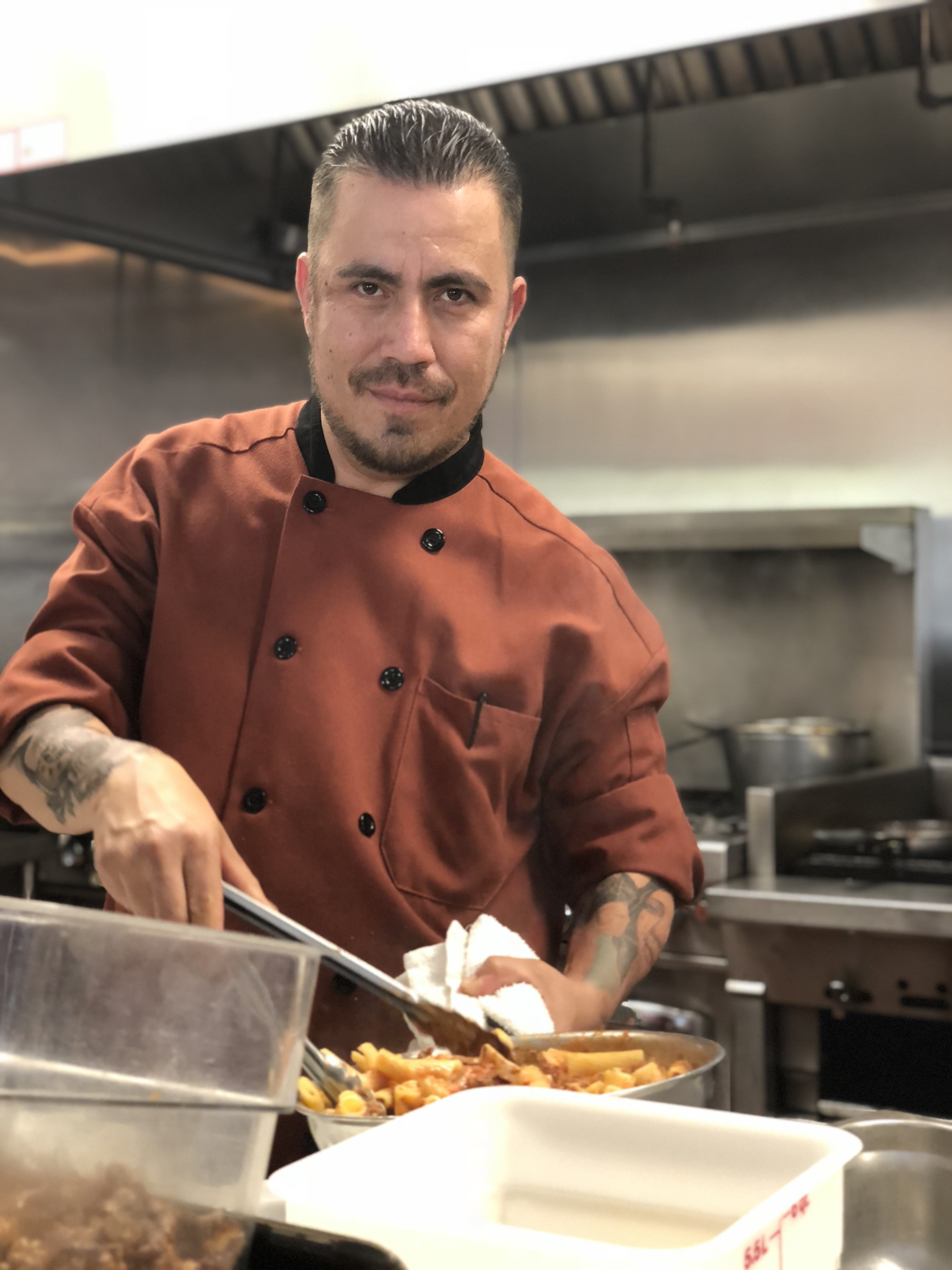 28 Dec From Dishwasher to Restaurateur: Turning the Immigrant Dream Into Reality

Posted at 22:43h in Immigration by RPadmin 0 Comments

It took 17-years, a move to another country and temporary seperation from his family for my father, David Guillen, to move up from being a janitor at McDonald’s to achieving his dream and opening his own restaurant.

Despite his love of cooking, becoming a chef was far from a given for my dad. His interest in making food was born while watching his older sister prepare meals at their childhood home. His father, my grandfather, was not supportive of his passion, as he was a traditional Mexican man who believed women should be the ones cooking. Not men. But my father persisted and over time, my grandfather changed his mind.

“When your grandpa got more used to it, he started letting your tia teach me,” my father told me. “I was horrible at [cooking], trust me. Nobody would eat it.”

As a child, and later as an adult, my dad had financial difficulties in Mexico which led to stress and emotional instability. Pursuing his passion and obtaining financial security led to his decision to come to the United States in 2000.

The move meant leaving behind my mom (pregnant with me at the time) and my brother. It was a temporary seperation, just until my father could afford to bring us too, but  it meant missing the early years of our lives.

Throughout our time living apart, my father did what he could to stay involved in our lives. He would surprise us by sending money to a family friend to have stuffed animals and flowers sent to our doorstep.

My father told me one of the hardest things he went through was hearing me speak my first word — Papa — through the phone. He was upset he could not be there for me physically. Three years later, we were reunited as a family.

After a few years working as a janitor at McDonald’s a family friend helped my dad get a job as a dishwasher in an Italian restaurant in Pittsburg, California. This job would end up being his big break and little by little, he learned about cooking Italian food. Before long, he was the one training new hires at the restaurant.

At that point, he realized it was time to go for the dream of owning his own restaurant.

Last year, along with his brother Miguel, my father opened Famiglia, in Pinole. It took them months, but they found ways to borrow enough money to open the restaurant.

Nothing about starting the business was easy. While the restaurant was under construction, a stranger approached my father and asked him about his background. My dad told him about his journey from Mexico.

“Since when are illegals capable of owning their own restaurant?” the stranger asked.

“Come back when we’re open and you’ll see how capable we are,” my father responded.

Together, David and Miguel put an extensive amount of work into the business, both during the construction phase and management afterward. They wanted the restaurant to feel like home — to customers and staff.

Only family members went to the grand opening, but it meant a lot for them to share that special moment with us.

Today the restaurant is a bustling, busy place. In the dining area of the restaurant, Italian music plays and Italian paintings hang on the walls.

As customers walk through the doors, they are greeted by the smell of pasta and pizza.

The back of the restaurant, however, is a different environment.

In the kitchen, Spanish music plays on a radio hung next to a photograph of San Juan de Los Lagos, the city in Mexico where my family is from. Several rosaries hang on a small statue of La Virgen de Guadalupe. The staff share a different homemade food. Sometimes it’s posole, tamales, or carne asada.

Although we love to visit the restaurant, we are all too busy with school, work, or other responsibilites to go often so my father brings food to us at least once a week.

My father and uncle have had their ups and downs with the restaurant but watching them weather it all has been inspirational. As my Papa continues to follow his dream, he hopes to one day expand his business and bring more happiness to his life, as well as the lives of those around him.

“No matter what your immigration status is, do what you want,” he told me with tears in his eyes. “You are capable of doing anything.”