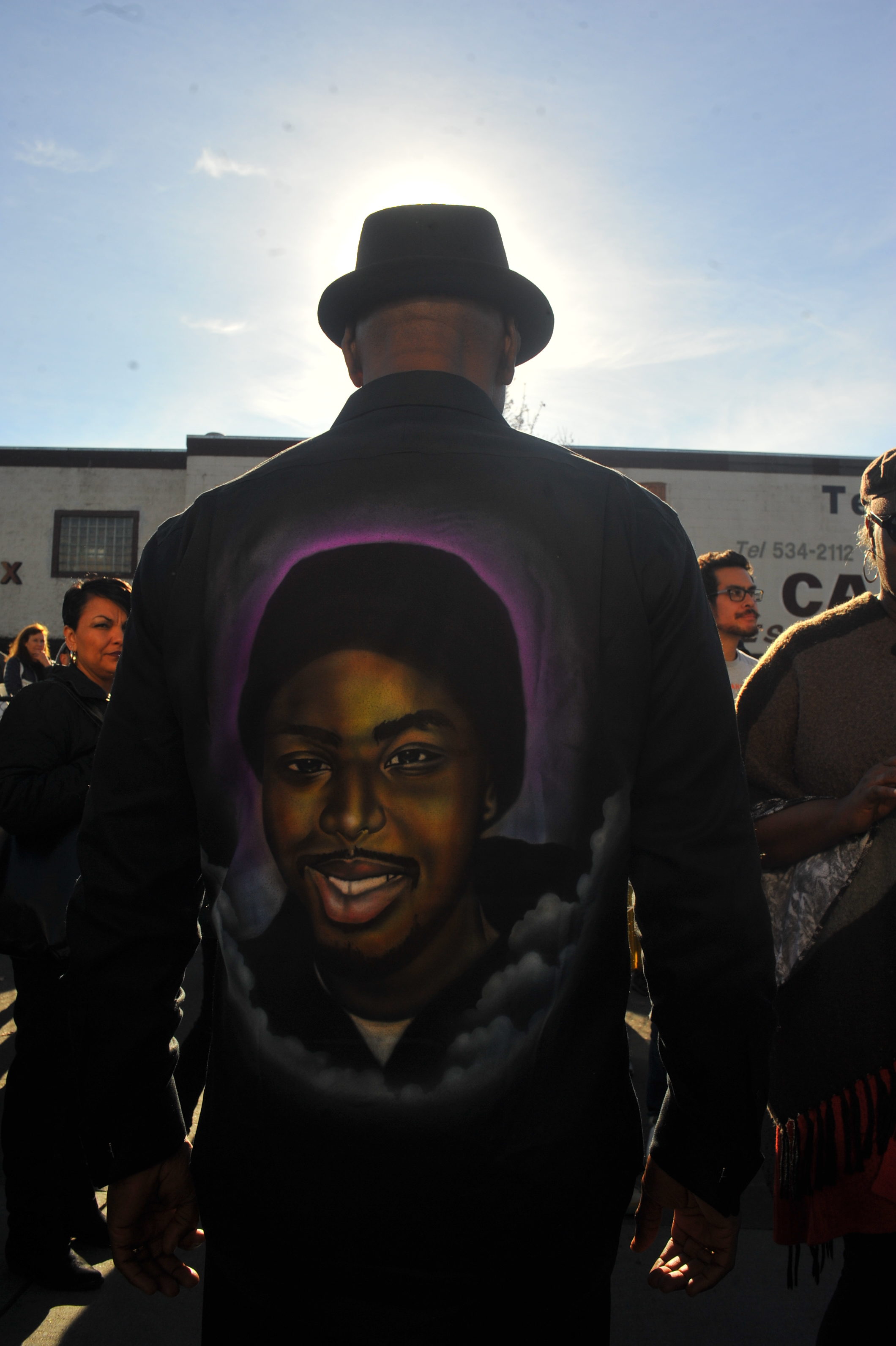 Posted at 17:04h in Uncategorized by RPadmin 0 Comments

The Rev. Wanda Johnson, mother of the late Oscar Grant III, sang from a stage at the Fruitvale BART station in Oakland. Ten years after her son’s death, Johnson led a congregation of people in rejoicing in his memory.

“Reach out and touch somebody’s hand/ Make this world a better place,” Johnson sang as the crowd of about 200 people began to reach out to each other. “Even through the loss of my son, there is still good coming out of it.”

Johnson and other speakers, poets, artists and community leaders held a four-hour ceremony New Year’s Day on the south end of the station below the platform where Grant was killed.

The 22-year old was shot and killed by BART police officer Johannes Mehserle around 2 a.m. on Jan. 1, 2009. Grant and his friends were detained by officers because of a fight onboard a train. Video footage of the incident shows Mehserle had Grant belly down on the ground in handcuffs when he reached for his gun and shot him in his back. Grant’s death and Mehserle’s conviction for involuntary manslaughter sparked large protests in the Bay Area and helped catapult the national Black Lives Matter movement.

For Johnson, the conviction of her son’s killer failed to make amends because he served just seven months in a private cell at Los Angeles County Jail. She found no reconciliation in BART allowing her to remember her son outside of the place he was killed, or in the new laws that came after Grant’s death to hold law enforcement accountable. That’s because, she says, police should protect, not kill.

The movement in his name is what heals and encourages Johnson. “If Oscar was alive today, he would help you in any way that he could,” Johnson said. And years after being killed, Grant, his mother, his family, his friends and others have touched the lives of many people.

With the help of many, Johnson leads the Oscar Grant Foundation as it tries to eliminate negative stereotypes and to foster better communication between minority communities and law enforcement. “I thank the community because we could not do it without your support, love and encouragement,” she said.

Brooks recalled the Arab Spring uprising in Middle East that began in late 2010, in which protestors held up signs that read, “I am Oscar Grant.”

Now 10 years later, a movement has risen up against police terror following the deaths of many, particularly African American men, at officers’ hands. It is a movement inspired, in part, by Grant’s death, the response to it and the fact that little has changed.

“We are still target practice,” Brooks said. “The state has decided to remain in the insane cycle of mass incarceration, over-policing and overkilling of our [minority] communities. That has stayed the same.”

Brooks also says that the way police act towards minorities needs to change. The false narrative of the “dangerous black man” has contributed to deaths such as Grant’s and causes trans-generational harm in minority communities.

But Grant’s name has united people through a collective mentality of resistance and resilience.

Poet Charday Ife said the families of those killed by police terror would not let corruption rule.  Fighting for justice is the only way to heal from this injustice, she said.

“Resurrect the spirits of the soldiers they slayed, of the young black lives that they have claimed,” Ife said. “Our revolution lives within the syllables of their names.”