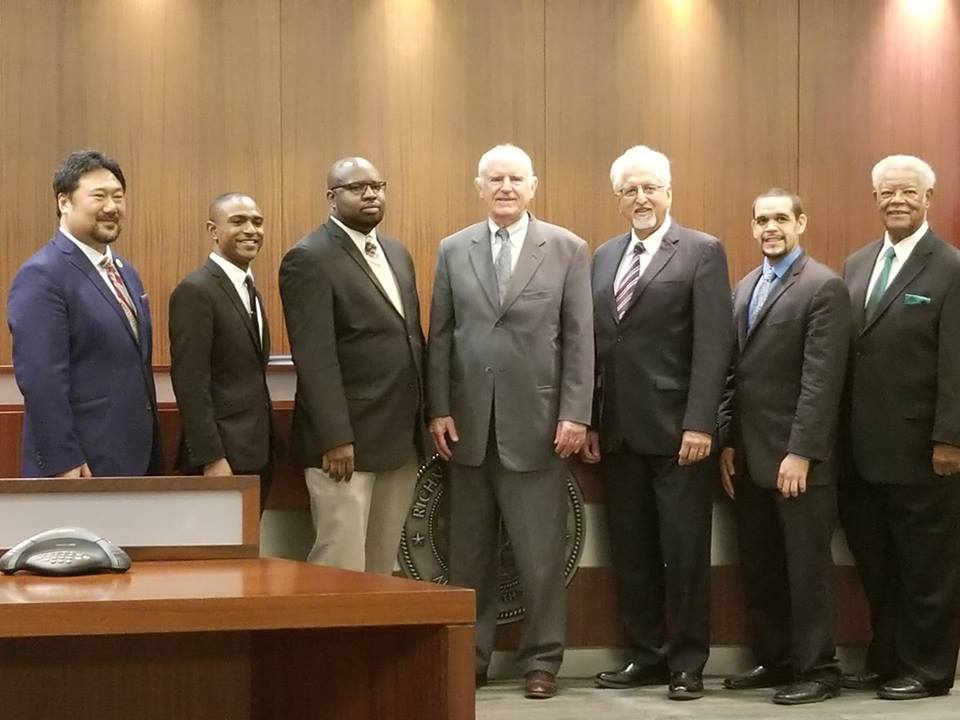 Posted at 23:01h in City Government, Politics by RPadmin 0 Comments

Political newcomer Demnlus Johnson III and one of Richmond’s most seasoned politicians, Nat Bates, officially joined the Richmond City Council on Jan. 15. In addition to recognizing Johnson and Bates, the swearing-in ceremony was peppered with gratitude for their supporters and those who were leaving the council.

“I appreciate both of you two strong women,” councilman Melvin Willis said to outgoing councilmembers Jovanka Beckles and Ada Recinos. “[You] have put all of us on our toes to makes sure that we step up and take it up another level.”

With Beckles and Recinos leaving, the council is now made up of all male representatives. A change that many in the community decry considering that women make up 51 percent of Richmond’s population.

Twenty-one-year-old Richmond resident Lavonia Bobo said women’s issues are apparent throughout the community and without a woman on the council she worries those issues may not be addressed.

“The things we’ve seen and experienced in our communities where a woman may feel uncomfortable in different areas being cat-called,” Bobo said, “it’s something I’ve experienced that sometimes men can’t speak on.”

Incumbent councilman Eduardo Martinez also spoke to this lack of representation during his remarks to the outgoing councilmembers.

“I liken Jovanka and Ada as the medicine,” Martinez said. “You [two] have cured me of a lot of misconceptions I’ve had in this small tablespoon of time spent on the council with the two of you. Wherever Jovanka and Ada go, [those groups] will see the benefits we will lose.”

Recinos and Beckles received plaques and flowers in recognition of their public service records, both on and off the council.

For Beckles, that includes working to pass the 2016 rent control measure and “ban the box,” a city wide initiative to remove the box on job applications that indicated whether an applicant has ever been convicted of a felony.

Recinos advocated for support and inclusion for the city’s immigrant families by co-authoring the Sanctuary City Contracting and Investing Ordinance with Beckles. The ordinance dictates that the city will not do business with any company that shares an individual’s information with ICE.

After saying their goodbyes to their colleagues and thanking their supporters, Recinos and Beckles left their seats on the dais to Johnson and Bates.

While Johnson and Bates settled in, re-elected Mayor Tom Butt announced that this would be his last term as mayor. Butt’s tenure on the council began in 1995 as council member. He was elected to his first mayoral term in 2015. Before giving up his seat, Butt says he hopes to see Richmond have zero homicides in a year and the opening of a visitor’s center at the Richmond BART station.

“It’s going to take an entire city to work on these initiatives and get these things done,” Butt said.

For Johnson, a lifelong Richmond resident, his ascension to the council was filled with meaning. “When my great grandparents first migrated to the city of Richmond,” Johnson said, “we went to not being able to sit at certain lunch counters to now having seats on city council.”