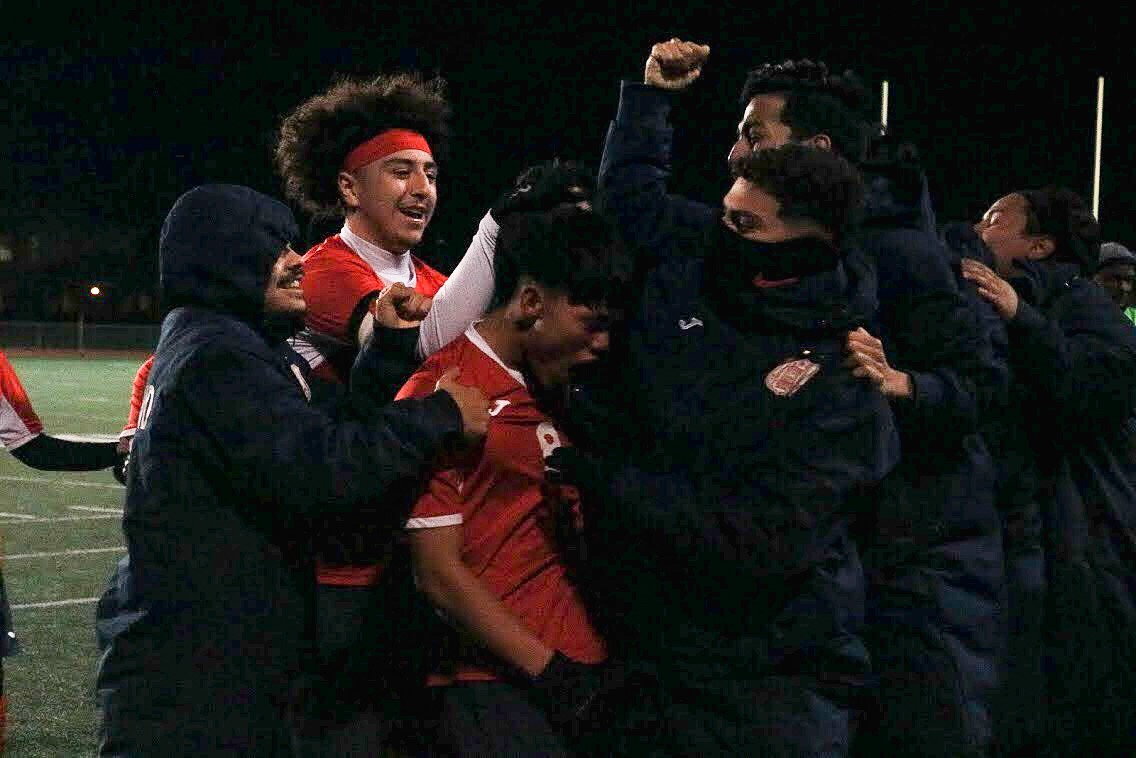 Posted at 02:55h in Sports, Youth by RPadmin 0 Comments

When Richmond Oilers midfielder Diraj Magar received the ball left to the centerfield around 30 yards out from the opponents’ goal, it was at the 20 minute mark with the match tied 1-1.

Magar stepped forward after tapping the ball with his left foot. Two Concord defenders a few yards ahead were waiting for his next move.

Without hesitation, Magar stepped right and took a long shot. It travelled to the right of the Minutemen goalie, who dove but was too late to react to block it. Magar scored the second goal in what would ultimately be a 3-1 victory for the Oilers.

“It came instinctively,” Magar said. “The first thing in my mind was to step and shoot.”

While other attempts at long-range shots weren’t always as fruitful for him, the difference in the game, he said, was a matter of the Richmond team wanting the victory more this time.

The two other goals came from midfielders Octavio Munoz and Roberto Gonzalez.

The NCS is a four-round knock-off tournament composed of eight teams divided into four brackets.

After beating Livermore High and Concord High, Richmond faced off against Las Lomas High School in the semi-finals on Feb. 20, again at home. The Oilers won that game in overtime 2-1, sending them to the NCS finals on Feb. 23.

Previous games have shown that in order for the Oilers to win NCS, they had to get better at capitalizing on open scoring opportunities.

“There is room to get better, but it is better than two weeks ago,” Richmond head coach Rene Siles said after the game against Concord.

One part of the game that did earn Siles’ praise was the goal by Munoz, the first of the game, because it was closer to what he thought his players should be trying to do on the field.

Around the 37th minute of the first half, Munoz ran up the middle field with the ball as the Concord center back waited to tackle him. Once Munoz got 20 yards out, he lifted the ball and chip passed it to his left to Richmond forward Regilson Villatoro, who was in between the Concord center back and the right back defenders. Villatoro headed the ball and passed it back to Munoz, who was right at the goal box’s edge. The Concord defenders were still moving toward Villatoro as Munoz received the ball.

With the open space, Munoz let the ball bounce twice before he kicked a half-volley to the right of the Concord goalie and scored.

The Oilers will now face Montgomery High School of Santa Rosa in the 2019 NCS finals, a rematch of last year’s final which Richmond lost 2-1.