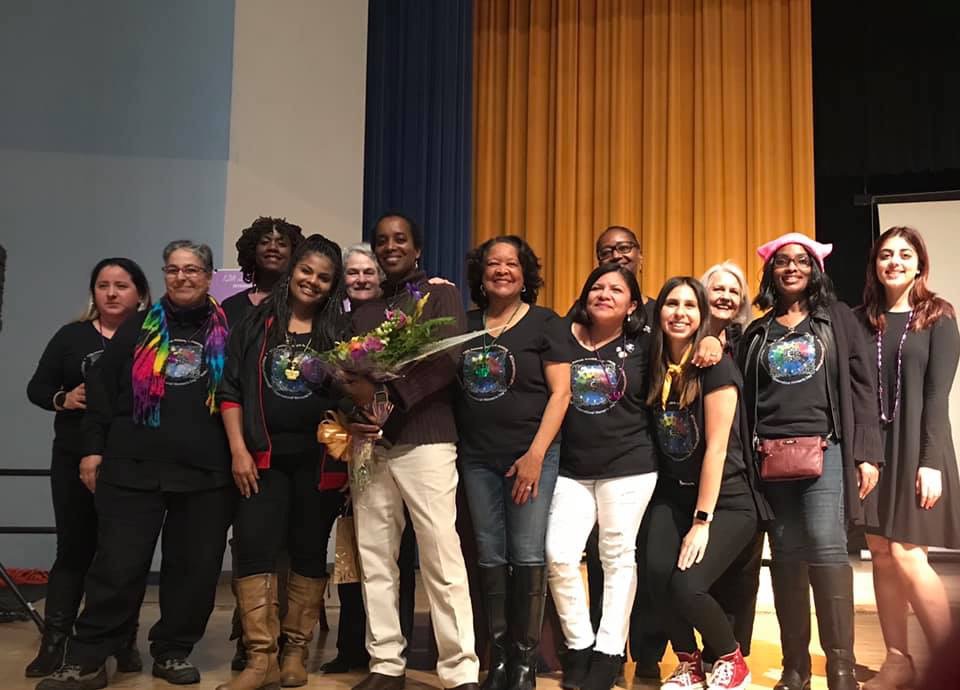 16 Mar ‘Sisters in Solidarity’ Delivers on Its Message

Posted at 04:23h in Arts and Culture, News, Women, Youth by RPadmin 0 Comments

This was evident at the annual Sisters in Solidarity event, hosted by the City of Richmond.

Close to 170 women and men gathered at the Civic Center Auditorium in Richmond March 10 to listen to Isabella Murphy begin the event with a poem about how now is the time for peace and balance for women in society.

It resonated with me because I too feel there are too many stereotypes placed on women — from how we should act to the duties of life we pursue — which means, in a male-dominant society, we women have to work a little extra. History has proven this repeatedly, as told in the stories of the many successful women, in law, medicine, education, and politics, just to name a few.

Too often, women are viewed as the weaker sex, but I believe if we are able to carry, birth, nurture and raise a child, then we are all strong and powerful.

This hit me. I have been in many dire situations. I was forced to be resourceful while still not having much love for myself. It broke me down in the process. It was only when I realized my worth and started loving myself that it was easier for me to get through the mountains.

There was a vibe to Sisters in Solidarity. It was more than the beaded necklaces and drawstring bags everyone received, and it wasn’t just the empowering slogans on the T-shirts and stickers sold at the booths. It was the people and their message.

Vaneese Johnson was one of those people. She was selling different styles and colors of shirts that said “Bold, Big, and Bad.”

I had to get one.

Johnson also wrote a book about “Boldisms,” which are sayings that can help women shift their mindset.

“There is no permission needed,” was one.

“’No’ is a complete sentence,” another.

Trina Jackson, liaison to the Richmond City Council, said she wanted everyone to get something out of Sisters in Solidarity.

“Many people say this event is their favorite event,” she said. “This is a time for fellowshipping.”

I believe this time together, as fellows, would reduce shaming among women. Women face enough insecurities on their own. They shouldn’t have to do it alone.

Vice president of Richmond Rainbow Pride BK Williams helped with her first Sisters in Solidarity 12 years ago to network with other women from the local community and to listen to what the speakers had to say. She fell in love with it.

“There are some fabulous speakers here today,” Williams said.

The event made me examine my life as a young woman, like what I have endured so far, namely men insulting my intelligence and worth as a woman. The event helped me realize

I would rather be valued than wanted.

My time and energy has great value, so no one will make me feel inferior. I am a strong, independent and courageous woman. I deserve to be respected.

“This event really opened my eyes to all the successful women in the community,” she said.