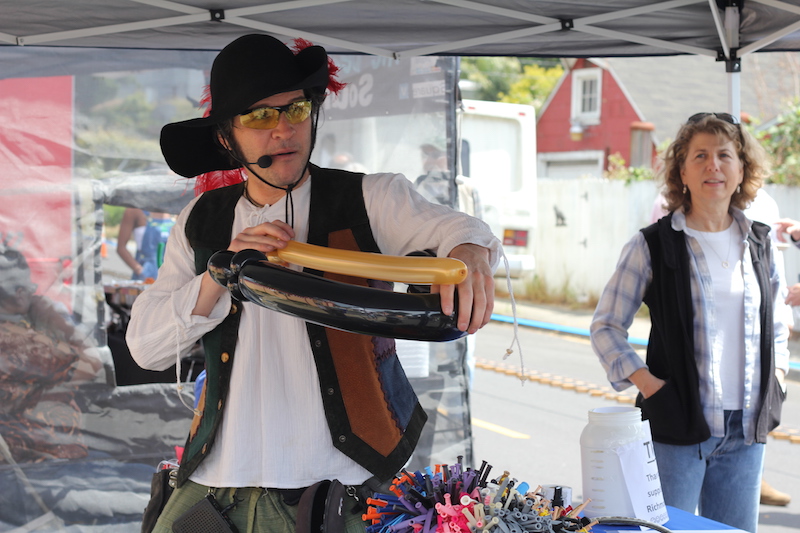 Posted at 03:03h in Arts and Culture, Neighborhoods by RPadmin 0 Comments

She says the small festival on Bernhard Avenue has an intimate feeling that allows neighbors to connect.

“I have seen many of these people in grocery stores or around town,” Smith, a Richmond resident, said.

“The festival has attracted many neighborhood people, but this year it has even brought residents from other cities like Berkeley,” he said. “The music and food sure bring people back.”

Tom Herriman, the executive director of Uganda Art Consortium, appreciates the foot traffic. The consortium helps Ugandan painters sell their art throughout the world, including the Richmond Heights festival.

“It helps grow the organization and put money back into Uganda artists,” Herriman said, adding it’s a cheaper alternative to paying for a gallery display.

At a stage at Bernhard and Elm Avenue, neighborhood bands played blues, folk and other lively sets while people danced and enjoyed food. There were also sounds from throughout the world, including a Balinese music and dance performance, a Brazilian jazz and bosa nova set, and a drum circle.

Epifani says the festival is meant to be an exploration of the neighborhood.

“The people who put on the festival are all volunteers,” he said, “so the festival comes from and is for the neighborhood.”