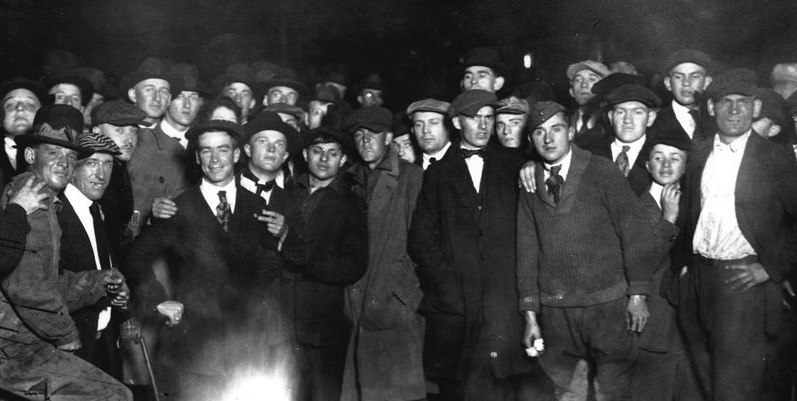 Posted at 18:38h in History, Youth by RPadmin 0 Comments

Throughout American history, there have been many violent, racist acts, namely retribution against those breaking the de facto Jim Crow customs of the South or the de jure laws of discrimination.

The summer of 1919, however, was much more than just simple jailing or a simple beating. According to a recent Associated Press article that revisits the events of 100 years ago: “Hundreds of African American men, women and children were burned alive, shot, hanged or beaten to death by white mobs. Thousands saw their homes and businesses burned to the ground and were driven out, many never to return.”

Teen Vogue describes it as a time of lynchings and so-called race riots all over the country, even in places that would not usually be considered the South. “A wave of anti-black collective violence” took place in Arizona, Washington, D.C., Chicago, Nebraska, and Arkansas, as well as places like South Carolina and Texas. This should dispel the notion that racism back then was just a southern thing. Even Northerners participated.

It is believed that the Red Summer catastrophe happened due to a mix of social factors: black families leaving the south in search for a better life, black veterans coming home expecting rights they were first denied, and white mobs wanting an “ethnic cleansing” as African Americans were seen as competition in the workforce, political power, and housing.

African American historian Carol Anderson writes about the “white rage” that burned like a wildfire. “It is not the mere presence of black people that is the problem,” she wrote, “rather, it is blackness with ambition, with drive, with purpose, with aspirations, and with demands for full and equal citizenship.”

William Tuttle, a retired professor of American Studies at the University of Kansas, told the AP that the white mobs wanted to “…kill as many black people as possible and to terrorize the rest until they were willing to leave and live someplace else.”

Despite the obvious bleak and horrifying events, black Americans did not give in to fear. Instead, Tuttle said it “reinvigorated civil rights organizations like the NAACP and led to a new era of activism; gave rise to courageous reporting by black journalists; and influenced the generation of leaders who would take up the fight for racial equality decades later.”

Even with the media against them, black newspaper publishers dared to make their own media, risking their lives for the sake of uncovering the truth.

There were reports of armed black men fighting back against white rioters in Chicago where blacks formed self-defense units to protect their neighborhoods. In the shared suffering, we united to combat the threats of our oppressors.

Despite this importance and significance of the Red Summer of 1919, we do not learn about it in school. Why? Because, as the AP article points out, historians say the Red Summer contradicted the “post-World War I-era notion that America was making the world safe for democracy.”

Or, as David Krugler, one of theses historians and author of 1919, The Year of Racial Violence: How African Americans Fought Back, said in the AP article, ‘“It doesn’t fit into the neat stories we tell ourselves.”

Basically, we as a country call ourselves true warriors for democracy, fighting “injustices” across the globe, yet at home, there’s a large divide between haves and have-nots.

As for me, despite knowing that throughout American history black people were largely discriminated in most social settings, I was shocked at the lengths whites went to just to have total dominance and force people once considered “subhuman” into submission. They would find ways to justify killing someone in the name of “justice.”

It sickens my heart that we try to hide all this violence and hatred when recounting the history of this country.

Although I was not alive then, reading about the Red Summer has definitely helped me understand that I, as a 20-year-old man, have it much easier now.

I have so many privileges that the many people of the past could not live to see, and for them, I have to say, from the depths of my heart: Thank you.

The Red Summer truly was a horrible time, but with all those events throughout history, we had persevered, and that suffering has only intensified our yearning to be free of such violence. With that great determination, we rebuilt and became an even stronger shield for the demonic sword that is racism and oppression