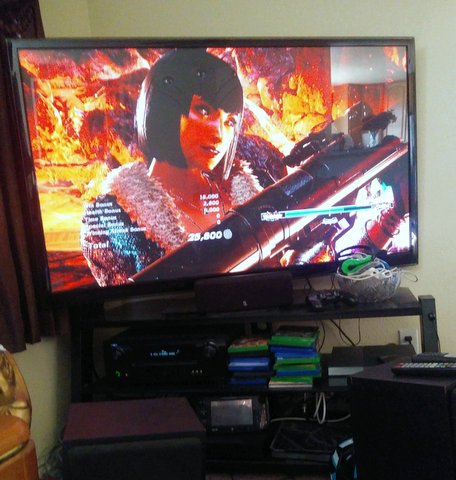 Posted at 18:50h in Arts and Culture, News, Police, Youth by RPadmin 0 Comments

The recent mass shootings in El Paso and Dayton again left people searching for answers. President Donald Trump and others blamed the violence on video games, invoking a decades-old trope that’s not supported by credible evidence.

In the early 1990s, video games like Mortal Kombat and Doom began to have clearer and more explicit depictions of graphic violence. They left some parents and politicians concerned about children consuming such content.

That controversy climaxed in 1999 when two white high school students known for playing Doom and other games shot and killed twelve classmates and a teacher in Columbine.

Politicians pointed at the video games — not the lethal weapons they were able to obtain —and attempted to ban them. Many concerned parents also believed that video games were to blame for these heinous acts.

“We must stop the glorification of violence in our society,” he said in a White House speech Aug. 5. “This includes the gruesome and grisly video games that are now commonplace.”

The New York Times noted the president’s words echoed those of Dan Patrick, the lieutenant governor of Texas — who urged the federal government to “do something about the video game industry” — and Kevin McCarthy, the Republican Minority Leader, who said “video games that dehumanize individuals” cause mass shootings.

But there’s no scientific evidence behind those statements. Researchers haven’t been able to find any correlation between violent video games and violent behavior. In fact, as Vox recently reported, research has shown that big video game releases actually coincide with a decrease in crime.

If there was a connection, countries such as Japan and South Korea that spend the most on video games, should have more mass shootings than the United States. But regular mass shootings are primarily an American phenomenon.

The reality is that many U.S. lawmakers do not want to own up to the fact that lax gun laws have allowed so many people to arm themselves with weapons of war and use them on civilians.

Gun control is a complicated issue, so it’s easier to scapegoat the music, movies and video games that young people play and consume than to draft new, comprehensive gun control laws.

Young gamers are tired of being implicated in this mass shooting scapegoat, and they are quick to point out that more relevant factors, like lax gun laws and white supremacy, are being ignored.

Ari Jimenez-Santiago is a 15-year old gamer and he points out that Japan and Europe don’t have the same problem as the U.S. because of strict laws gun laws. “Also, he says, “white supremacists are usually the ones who shoot up places. It is not video games. Just racists and people with the ability to buy guns anywhere and everywhere.”

“The message this shooter had? It was a race thing definitely,” he said.

Trenaija Barnett, 17, plays games with weapons like missile launchers, grenade launchers, and various guns, but she’s not mimicking it in real life.

“Most of the things you do in a video game would not and cannot happen in real life. But never once in my mind did I ever think, ‘Hey, let me go re-enact a scene from this videogame at a Walmart.’” she said. “That’s just common sense to me.”

Trevor Gardner, 13, says there are other forms of entertainment that glamorize violence — like movies — and questions why the focus is again on video games.

“It feels unfair because if major changes to video games start because of these shootings, then that is just flat out dumb,” he said. “Different shooters have different motives.”

Overall, young gamers feel like they are being unfairly dragged into the issue. Fabian Barcenas, 19, says “We feel like an innocent, neutral person minding his own business who was dragged in, all of a sudden, into the crime scene, having no idea what happened.”

Anthony Suarez-Jimenez, 19, believes that the gun issue is a symptom of what’s wrong with American culture.

“It’s not like we get access to those guns by playing video games. Other countries have these games and not as many shootings. This issue has to be cultural because America is really adamant about people having guns. We have a ton of weapons,” he said.

“America does not change the laws, so nothing new happens,” he said. “They’re looking for a scapegoat and so they blame gaming. All the gamers I know are nice people.”

Too often, older people blame something in youth culture they don’t understand for a problem they’re not willing to solve. They did it by labeling rock ‘n’ roll as the anthem for delinquents, calling metal “Satanic” and demonizing all of rap.

Gamers fear that video game censorship is at hand because of the unjustified fear that video games are twisted simulations that prepare one to become an emotionless killing machine. Even though this premise has been disproven again and again, it’s easier for people in power to blame entertainment for a problem that clearly has its roots in access to guns and racism.