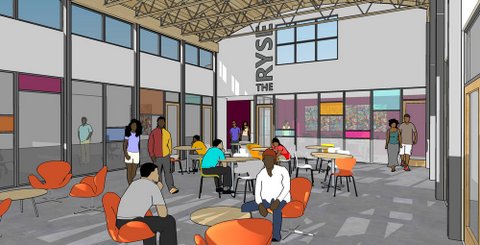 Posted at 10:59h in Bay Area by RPadmin 0 Comments

The official groundbreaking ceremony for the RYSE Commons, featuring music, live performances and food, will be held from 2 to 4 p.m. Friday, Sept. 6, at 205 41st Street, Richmond.

The ceremony is to mark the beginning of renovation to the existing RYSE Center, creating RYSE Commons, a 37,000-square-foot campus to expand youth programs and partnership space by about 300 percent.

The Richmond Chamber of Commerce’s annual economic summit will feature Dave Kaval, president of the Oakland A’s, speaking on new development of the team’s new stadium and the struggles and successes behind running a ballpark.

The event will start at 5 p.m. Tuesday, Sept. 17 at the Oakland Coliseum and includes dinner, a panel discussion on procurement processes and opportunities for small businesses, and exhibits from local businesses. After, guests can also attend the game between the A’s and the Kansas City Royals.

Tickets are $65 for Richmond Chamber members and $75 for non-members. Parking is included.

The organization will be removing trash and debris from the area along Fred Jackson Way that drains into Wildcat and San Pablo Creeks in an effort to reduce the waste and pollution that ends up in aquatic ecosystems — and eventually the ocean.

Urban Tilth will provide tools, trash bags and some light snacks for all who come out to participate. Helpers should wear closed-toed shoes and clothes that can get dirty, as well as bring a water bottle.

BART began a four-station pilot program in late August at the 19th Street station in Oakland and Embarcadero station in San Francisco, seeking to eliminate the sales of paper tickets. Officials say the program will expanded across the entire system during 2020.

As part of the pilot program, Clipper and BART will have staff available at Powell and downtown Berkeley for the first three days of the trial in September to hand out free Clipper cards.