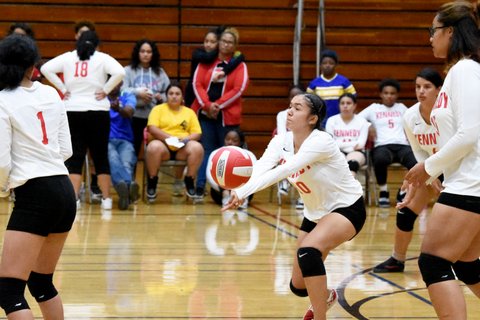 Posted at 15:57h in Sports, Youth by Pulse Editor 0 Comments

Under the pressure of John Swett High’s offense and the energy of the crowd the Warriors brought with them, Kennedy High’s volleyball team lost in straight sets.

The Warriors ravaged the Eagles by winning the first set by 13, the second set by 14, and the third by 12.

“We would win a point and then serve one underneath the net,” he said.

Campbell would have liked to see the Eagles start the rally, but giving up points on the serve meant their offense lacked pressure. Instead of attacking with a spike, he said the Kennedy squad would constantly return the ball to the Warriors with a pass or a bump instead of a spike.

This led to the Eagles losing the longer rallies in which they would defend well but were unable to create opportunities to score. And when the Warriors won a rally, they would chant and their fans would follow with even more noise.

Campbell says that overwhelmed the Eagles team and got to their heads. “This is the loudest team we have faced, and John Swett brought a crowd with them,” he said.

The second set was the lowest scoring for Kennedy, and frustration began to set in. “Everybody was really nervous, and we gave up,” co-captain Alisha Mauga said.

The team picked itself up and was able to take the lead at the beginning of the last set, but quickly lost it as the Warriors buckled down, attacked more and made fewer errors. They pulled further ahead as the Eagles served underneath the net, helping put points up on their opponents’ side.

“We played as well as we could, besides the serves,” Campbell said. “They are what is killing us.” 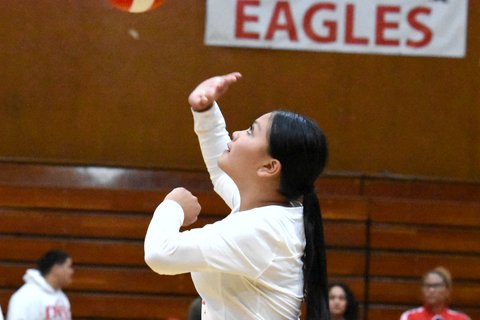