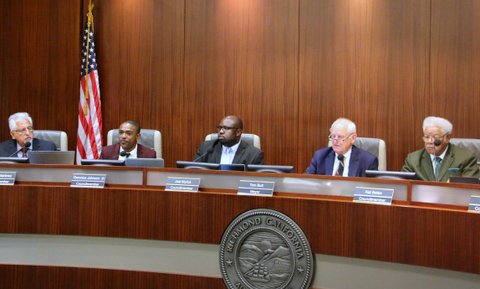 Posted at 16:18h in City Government by Pulse Editor 0 Comments

The Richmond City Council has approved the drafting of an ordinance meant to give renters the first opportunity to purchase a property they’re currently renting before the owner can put it on the market.

The intent of the ordinance — the drafting of which passed Tuesday with only Mayor Tom Butt opposing — seeks to open a purchasing window for renters when property owners decide to demolish, discontinue, or sell their property to another purchaser.

The item was inspired by a similar ordinance in Washington, D.C., and the council plans for a complete draft to come back before them before the end of the year, according to agenda documents.

The council was largely supportive of the ordinance. Councilmember Jael Myrick said it would help community members handle the pressure of high and increasing housing costs across the Bay Area.

“This is a time when we want to make sure we’re doing everything we can to make sure folks are able to stay in their homes,” Myrick said.

Councilmember Demnlus Johnson III stressed that now was the ideal time for community input so the city could make sure the drafting of the ordinance was as collaborative as possible.

Councilmember Eduardo Martinez said people with a mortgage, who might say they own their home, are really just renting it from the bank with the first opportunity to purchase. He said the ordinance would only be extending this privilege to renters.

“If you don’t pay your mortgage a couple of months, see whether or not you own that house,” Martinez said. “There were a lot of people who found out they didn’t because they weren’t able to pay.”

Richmond resident Virginia Rameriez supported the ordinance. She said it would give people an opportunity to remain in their community if they wished to, increasing stability citywide.

Ilona Clark, a member of the Association of United Richmond Housing Providers, urged the council to oppose the ordinance. She argued that Richmond’s rent control had already negatively impacted small housing providers, and said the proposed ordinance would further discourage potential owners.

Butt was the sole voice of dissent on the council. He said he thought the ordinance would discourage investors and set up a “nightmare scenario” where a group of tenants could delay the sale of a building for a year and then decide to walk away.

“I just see this as another chapter in the war on property owners,” Butt said.

Councilmember Nat Bates disagreed with Butt. He said the ordinance, as it was presented, would give a layer of protection to the homeowner. Bates also argued that the buyer doesn’t matter if the property owner is still able to get the same price.