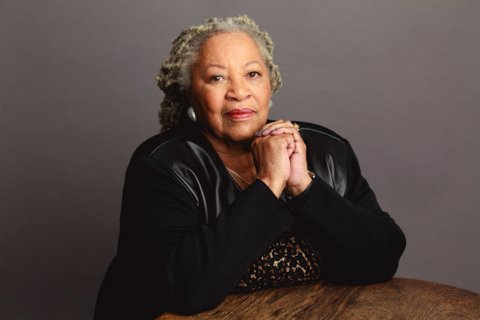 01 Oct How Toni Morrison Helped Me See Myself More Clearly

Posted at 20:12h in Arts and Culture, Women by Pulse Editor 0 Comments

The world lost a literary legend Aug. 5. Toni Morrison was a writer, editor, theorist and visionary from whom I learned to love my Blackness, femininity and community.

Like many students, “Bluest Eye” was the first book I read by Morrison. I had the pleasure of being taught by Richmond resident and former El Cerrito High School teacher, Kenny Kahn, who facilitated a class discussion that has been buried in my mind for the last 11 years. As I remember it, a fellow student remarked how sad it was that Pecola Breedlove wanted to be white. That wasn’t how I understood Pecola. Her feelings seemed to run deeper than insecurity, and it appeared to be a consequence of something.

I responded with something about how it was unfortunate that white supremacy was so pervasive that a community of Black people could inflict that kind of self-hatred onto a young girl. I surprised myself because I didn’t realize how easy it was to connect the dots. Turns out, Morrison’s writing was clear to me—a first for the assigned texts in my English courses—not only because she was such an incisive writer but because I saw myself in the text.

Much of Morrison’s work is based in Ohio, her home state. She captured the essence of black communities without comparison to or reliance on the white gaze—that became controversial in the literary world, but it mattered none to her. “I never asked Tolstoy to write for me, a little colored girl in Lorain, Ohio. I never asked Joyce not to mention Catholicism or the world of Dublin. Never,” she said in a 1981 interview. “And I don’t know why I should be asked to explain your life to you.”

She was an author whose popularity escaped many critics. I suspect it’s because they didn’t understand that black people could simply be people. Morrison’s work was accessible to everyone; however, it was dedicated to a specific audience. It centered her people: Black people ¬— black women, in particular — were protagonists, not afterthoughts.

In college, my best friend lent me her copy of “Sula,” one of the first texts I’ve read at least a dozen times. Sula Peace is a character that surprised and, at times, horrified me, mainly because I identified so closely with her. Her fierce independence is a gift, even when it seemed to be a detriment. “I don’t want to make somebody else. I want to make myself,” is a sentence that strikes you. For any woman, especially one who is black in the 1920s, to know herself and trust in her own freedom is remarkable.

Her characters were written without spectacle. They taught me empathy and compassion and encouraged me to remember their humanity. It wasn’t hard to feel for even the worst of them, despite whatever wrongdoings they inflicted upon others. They mirrored many people I know.

Morrison’s craft is not the only reason to admire her. I also respected her sense of duty and allegiance to black women, both on the page and in real life. She understood women and wrote characters who were fully human, complex, difficult, daring. This was extended to women she knew had a story to tell. While working at Random House, Morrison convinced a 26-year-old Angela Davis to write an autobiography, which she edited. Imagine having that kind of impact! She helped shine a light on many black writers who wouldn’t have been given opportunities otherwise.

Toni Morrison has inspired generations—two or three, so far—of black writers who are often told their words won’t go far, that they aren’t marketable. Reading Morrison over the years reminded me that I, a black girl from Richmond, could be a writer. Not only that, I don’t have to create a new world to craft a story. My task is to do my best to make sense out of the one in front of me.