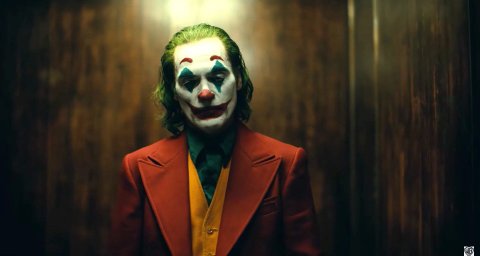 10 Oct ‘Joker’ Has the Wrong Message, But It’s One Worth Talking About

Posted at 02:14h in Arts and Culture by Pulse Editor 0 Comments

My nephew is 14, and we bond over things like superhero movies, wrestling, and the occasional pick-up basketball game.

He wants to see the new Joker movie.

At first, I thought it could be a fun night out for us, like the time we went to see the R-rated Deadpool and enjoyed his quippy one-liners and over-the-top cartoon rendition of violence.

But with all the press surrounding the new Joker film — including reports of theaters adding security to screenings — I thought it would be best if I saw it first, just to be responsible. I didn’t quite know what to expect, but what I wasn’t ready for was the gory violence and themes of incel self-pity wrapped up in a tightly coiled revenge flick.

The movie wants us to root for a murderer casted as an anti-hero. I’m used to rooting for the good guys, flawed as they may be. Tony Stark is vain, narcissistic, and made all his money from selling weapons, but, ultimately, he redeemed himself by making the sacrifice play and saving the universe. I don’t think all superhero movies have to have vanilla stories of good vs. evil as the best ones have an element of nuance and duality. The Hulk, for instance, is the literal embodiment of this conflict. Not all good and not all bad, but somewhere in between.

There have been many variations of the Joker over the years. In the 60s, Cesar Romero’s Joker was a cartoonish clown that matched the camp of the Batman television show. In the 90s in the Batman cartoon that I use to watch, the Joker, voiced by Mark Hamill, was a cunning prankster with a guileful edge. In recent iterations — like in The Killing Joke graphic novel where Joker beats Robin to death with a pipe — the character has become less of a jokester and more of a dastardly anarchist symbol reflecting the increasing depravity in our crumbling world.

Fans of the Joker see him as the necessary antagonist to a system that doesn’t fully care about or accept them. They see Batman as representation of everything they can’t be, so they hate him.

“Joker” is tailored specifically for the edge lords who think death and destruction are good for the lulz. It’s for the guys on 4 Chan and Reddit who have adopted the Joker as their meme anarchist god.

I don’t understand the appeal of this character as a hero, especially in a stand-along origin story.

Why do we continue to create content that glorifies white men and their terrible acts? It echoes the coverage of mass shooters: the gunman gets more airtime than the victims.

We see enough of these loner revenge stories play out in real life, but “Joker” hit too close to home for me.

Why is it whenever we see someone with a mental illness they’re murderous monsters? As someone who has dealt with mental health issues his whole life and takes medication on a daily basis, I find it offensive, as if we’re automatically prone to violence.

I couldn’t watch “Joker” purely as a piece of entertainment, even though the acting performances are, honestly, really stunning. But I couldn’t help but feel a bit creeped out sitting in the darkened theater, like I’m sure most people did, wondering if some lunatic was going to march in and take his bad day out with the rest of us.

The theater in Aurora, Colorado — where in 2012 a man dressed as the joker opened fire on unsuspecting movie goers killing 12 and injuring 70 at a screening of “The Dark Night Rises” — has refused to show the new film.

As I watched the latest version of the Joker, I thought about how my 14-year-old nephew would digest all the themes in the film. He’s no stranger to the internet, and I’m sure his innocence is barely intact as is, but what kind of message is this movie sending to youth? Sure, it’s rated R, but that’s never stopped a kid from seeing something rated too old for them.

And that, for me, is the bigger problem.

Say you’re an angry, lonely kid that gets picked on in school. It’s no stretch to say, maybe, you identify with some of the themes of the movie and its main character. To that kid, this movie tells you that you can get the praise and validation you crave through extreme violence.

I’m all for starting a conversation about mental illness and how trauma affects different people, but I couldn’t help but feel a bit beaten down walking out of the theater.

I go to the movies to be transported, to suspend my disbelief, but after this one I just felt a little sad.

But I will probably end up taking my nephew to see it because I know he will find a way, regardless. But by sitting next to him I can provide context to his questions.

But I wonder how he’ll react compared to the many other superhero movies we have seen together.

I don’t know if that means he’s desensitized or I’m overly sensitive. What I do know is “Joker” made a ton of money in its opening weekend, and we should all expect to see more of these grim, heavy-handed movies.

The appeal of the Joker has always been what we didn’t know about him, like in the changing you-want-to-know-how-I-got-these-scars refrain from Heath Ledger’s Joker in “The Dark Knight Rises.”

With Joaquin Phoenix’s “Joker,” I know too much. I don’t want to see it another time, but if my 14-year-old nephew asks again, I will take him. I’m worried what that says about me, but I look forward to our conversation afterward.