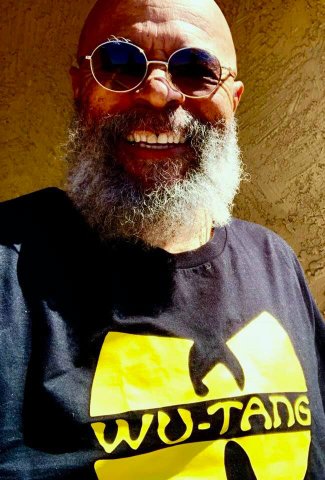 08 Nov Dedan Kimathi Ji Jaga: On Being a Black Marine in Vietnam

Posted at 22:16h in Elders by Pulse Editor 0 Comments

Richmond resident Dedan Kimathi Ji Jaga, 71, is a Marine Corps and Vietnam War veteran, a founding member and former president of the San Francisco chapter of Vietnam Veterans of America, and a Certified Veterans Service Officer with the National Association for Black Veterans.

Richmond Pulse asked Ji Jaga to reflect on his military service, his longtime advocacy for African American veterans, and how he celebrates Veterans Day.

Richmond Pulse: Why did you join the military?

My dad’s brother was and, as far as I am concerned, still is a classic prototypical Marine. Growing up in the South 60 years ago was a perilous challenge for blacks on virtually every social platform. One day, I had the rare occasion to go to lunch in downtown Danville, Va., with my uncle, who was dressed in his battle ribbon-ornamented Marine Corps uniform that strained to contain his rippling muscles from head to toe.

As we walked down the street I couldn’t help but marvel at the way black and white people recognized, acknowledged and affirmed my uncle, as his proud USMC swagger commanded attention. Basking in the ambience of his presence was intoxicating. Needless to say, I volunteered for the Marines.

We went years and never talked about our most intimate and valued common connection: experiencing the off-the-chart institutional racism within the rank and file of the Marines core structure. There were many white drill instructors and officers who felt that African Americans were not worthy of being marines. That made African American marines dead-set on measuring up, and, in many instances, surpassing the already well-trained and indoctrinated white marines.

RP: Which war did you serve in?

I am a Vietnam Veteran and I participated in special ops missions and operations during the TET Offensive, the siege on Khe Sahn and Operations Auburn and Pegasus, to name a few prominent ones.

It was terrifying and confusing at first. We were told that there are no black marines, no white marines, no red marines and no brown marines — just green marines — and our job in Southeast Asia was to kill a bunch of communist yellow people and secure freedom and democracy for other yellow people.

The worst part was being a frontline combat Marine was witnessing and all too often playing a gruesome part in the irrepressible spectacle of war’s atrocities and carnage, man’s inhumanity to man, and discovering how rapidly you had to cultivate a kill-or-be-killed or become a statistic.

The best part was experiencing the birth of my revolutionary conscientiousness. We were exposed to the spoken word clarion calls of the “Last Poets,” Gil Scott Herron, the Black Panthers, H. Rap Brown, Black Muslims and the liberally saturated communist propaganda leaflets that admonished black marines for being in Vietnam, committing the same atrocities against the Vietnamese people that white supremacists and the KKK were perpetuating against our families back in America. My survival instincts began to take on superhuman amplification, enabling me to cheat death on several occasions as I meandered out of Vietnam, recovered from injury in Japan, eventually convalesce back to Portsmouth Navel Hospital, and finally summarily discharged to the streets without the benefit of rehab or any clinical decompressing social adjustments. From the jungle to the concrete.

RP: Did your personal military experience influence your thinking about war or about the military in general?

Yes, my military tour continues to have a lingering, and at times, adverse impact on my daily life. Sometimes you can turn the volume down, but I doubt if I will ever be able to silence it. I liken it to a cross between living in a bubble or having that bubble living in you and not being totally sure which is which.

RP: How did those experiences affect your life?

I, along with millions of other Veterans continue to be saddled with the chronic debilitations of PTSD (post-traumatic stress disorder) and its impromptu flashbacks, night terrors, suicide ideations — 17 to 20 veterans commit suicide every day — depression and bouts of hermit-like isolation.

RP: Did you join a veteran’s organization?

Yes, after battling the Department of Veterans Affairs for over 30 years pursuing my earned entitlements, I realized that there are untold numbers of veterans struggling with the same problems. So, I founded the San Francisco Chapter of Vietnam Veterans of America and served two years as president. I joined the American Legion as a passive member, the Richmond California VFW Post, and served as Post Commander for two years. Currently, I am entering my second year as Interim Richmond California NABVETS Chapter 127 Commander.

RP: In your view, how has military culture changed for African Americans over the years?

African American veterans continue to be marginalized out of the mainstream of services and benefits when compared to their white counterparts. As a certified Veterans Service Officer, I cater to the needs of all veterans, black veterans, in particular. As a demographic subject, veterans of color are at the bottom of the proverbial totem pole. Native American, Hispanic American and African American veterans find systemic difficulty submitting claims, getting compensation rating fairness, and simply being informed of their earned entitlements.

I have helped one veteran campaign for over 40 years to get his service-connected disability compensation. Last year, I assisted a veteran in obtaining his service connected entitlement claim, a claim that had been denied by the VA for more than 50 years — a half century, imagine that. There have been changes, however, the socially engineered frustration tactics levied toward veterans seeking their benefits literally chases them away.

RP: Can you talk about some of the issues that African American veterans are facing? What needs to be done?

First of all, there should not be a homeless veteran on any street in America, yet more veterans find the nearest street corner their permanent domicile.

Billions of dollars annually are budgeted for thousands of programs and projects to promote and enhance the quality of life circumstances of veterans. The disturbing reality is that many people have learned how to manipulate the technical loopholes to take advantage of programs, funds and services explicitly assigned to veterans. The exploitative abuse of fake and fraudulent shell operations taking advantage of the shady cottage industry that has formed around veterans’ plight is rampart and very lucrative to those who are diabolical enough to suckle the vital resources away from deserving veterans without a tinge of guilt. Transparency, oversight, accountability and real-time advocacy by actual veterans may offer a fresh start solution to the administratively top-heavy Department of Veterans Affairs.

RP: How do you celebrate Veterans Day?

Visiting the various sites that host gathering points for veterans to convene on Veterans Day allows me time to catch up with old comrades, associates and to gather information pertinent to the well being and vitalization of the veterans’ community. Any major or minor action to advance the progressive agenda of veterans’ needs is how I typically spend my Veterans Day, so I just let the nature of life write that script.