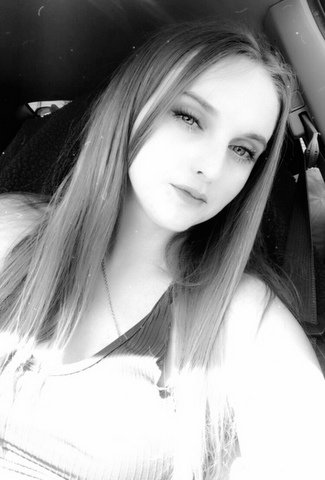 Posted at 01:27h in Youth by Pulse Editor 0 Comments

EDITOR’S NOTE: At any given point, there are about a half a million kids in the U.S. foster care system. These young people are separated from their families and put into state care following abuse or neglect.

Madison was one of those kids. She’s now a 21-year-old college student living in Sacramento, applying her love for animals in the hopes of becoming a veterinary technician.

Madison spoke with Richmond Pulse about her experience in foster care, which she says came with some trauma, but helped her survive. (Her answers have been edited for length and clarity.)

RP: Why did you enter foster care?

My parents were major drug dealers and addicts. We had a lot of traffic coming to our house. Me and my sister always had whatever we needed, like food and clothes, but our environment was just bad.

CPS (Child Protective Services) took us in 2010 when I was 11. I went to the receiving home and was there until my grandma came and got us. I lived with her for two years, but was sent into a foster home after I got into an altercation with my grandma. I was with my foster mom for five years.

RP: How did your life change when you went to live with your foster parent?

It was scary. I got really lucky with my foster mom, because she’s a good person. But it was weird. Holidays weren’t the same. I called her mom sometimes, just out of habit. I was pretty free when I lived with my parents, so to have someone tell me I couldn’t do something was new to me. I had a little too much freedom with my parents. I started going to school, which I didn’t do before, and wasn’t into the bad stuff that I was before.

RP: If you could change something about your foster care experience what would it be?

Probably sitting around and feeling sorry for myself when it first happened. I was just sad, even a year or two later. I feel like I could have taken that time and those feelings and put it in to something else and made something good out of it. I dwelled on things for too long.

Also, I wish I would have been more accepting of my foster parent. I used to feel like she trying to be my parent, when that’s what she was actually supposed to do — care for me, ask me about my day at school and stuff. But I still shut her out a lot.

I felt she was trying to replace my parents, but she was really doing what she had to do, because I was a minor and she was my guardian.

RP: What do you think people should know about foster care that they probably don’t?

I think people should know that it’s not all bad. The foster care system isn’t just this horrible thing and they just rip you away from your parents and you never see them again. Yes, that part genuinely sucks, but they show you and teach you a lot of things.

They help you figure out what you want to do, even as you’re having to figure things out quicker than you should have. But that just helps someone better themselves as a person, if you ask me.

Another thing is that not everybody gets put with a family.

When you’re taken from your family, you go into to a receiving home. There are many girls who have been there weeks, months, or years. They’ve been abused and brought back, or they’ve just been there a long time.

In the mornings, they’d bring in breakfast on trays. The Go-Gurts would be hot. They’re supposed to be cold.

The salad bar had slimy, wilted lettuce, and the staff would come in and eat McDonald’s in front of us. It was really bad.

RP: Do you think you are better off now having gone through foster care than you were when you were with your biological family?

I feel if I would have stayed with my parents I wouldn’t haven’t graduated high school. I definitely wouldn’t have gotten a job, started college, or have a car. Because I would have been doing bad. So, foster care helped me get my s*** together.

But, mentally, it didn’t. It took a toll on my mental health. I worry about things I shouldn’t have to because of my experience with the foster system. It gave me anxiety and PTSD.

RP: How did the foster care system shape who you are today?

It made me more independent as a person and a lot more protective as a person if that makes sense. Which is a good to me because I’m not gullible. It’s made me a lot stronger and showed that even the toughest situations in life can turn out pretty good in the end if you look at them the right away.

RP: What surprised you the most about your experience in the foster care system?

One thing that surprised me was meeting so many social workers. I learned a lot about the foster care system, in general, and about programs that existed that I didn’t know about. It was all new to me.

RP: Do you think that foster youth have needs that aren’t being met by the system?

In the foster system here, they change your social worker every three months. Foster youth need more permanent people in their lives.

They need more peers that stick around throughout the whole process, until they age out, instead of having to tell their story to a new person every three months.

If you’re lucky, you’ll get the same social worker for six months, but that’s rare.

RP: What advice would you give other foster youth?

Don’t be afraid to advantage of all the programs and scholarships, while you can. Learn about what you deserve out of this situation, because there are resources and opportunities available.

For what we have been through, it’s the least that the foster system can do for us.