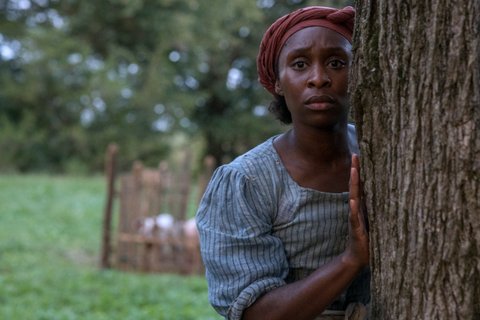 Posted at 23:42h in Arts and Culture, History by Pulse Editor 0 Comments

Several films in the last decade have been awarded Oscars for their depiction of slavery, such as “Django Unchained” and “12 Years A Slave.” But there haven’t been many focusing on the experience of women.

After years in the making, a biopic of one of the most famous black women to escape slavery finally hit the big screen.

“Harriet” focuses on the life of Harriet Tubman, an escaped slave turned abolitionist who made several trips back into the South to help free hundreds of other enslaved people through the Underground Railroad. Actress Cynthia Enviro, who is known for her Tony-award winning role as Cellie in Broadway’s version of “The Color Purple,” gives a fierce, heartbreaking, and incredibly moving performance as Harriet.

Directed by Kasi Lemmons, who also co-wrote the film with Gregory Allen Howard, “Harriet” entertains, challenges, and re-purposes the darkest, most damaging years in American history.

The story begins in 1849, when Harriet – who was then known as Minty – is struggling with her position as the “personal favorite” of her Maryland plantation owner Edward Brodess (Michael Marunde).

Harriet’s husband, John (Zachary Momoh), a free black man, is able to prove that Brodess’ great-grandfather left a will that frees Minty, her siblings, and her mother (Vanessa Bella Calloway). When Brodess and his son Gideon (Joe Alwyn) discover the directive, they disregard it and decide to put Minty up for sale, as they’re already frustrated with her “rebellious” nature.

Minty decides to escape, resulting in an emotionally charged scene where she says goodbye to her family and runs off to Philadelphia, singing religious spirituals as she crosses the fields. Her 100-mile journey is captured through fantastic cinematography and accented with a captivating score.

Minty’s journey is long and harrowing, but she soon reaches Philadelphia where she connects with abolitionist William Still (Leslie Odom Jr.), who mentors her about how to lead missions to free other runaway slaves. Now free, she changes her name to Harriet Tubman, a powerful moment that made my heart swell with excitement and joy. Her new journey feels as if it were her destiny all along.

Still introduces her to Marie Buchanan (Janelle Monae), who helps her get a job as a maid and equips her with a gun for protection. But Minty cannot let her family and husband suffer as slaves. So, she decides to go back for them, risking her own life.

After another successful mission, Harriet quickly joins the Underground Railroad and conducts her rescues all the way to Canada. Her legend grows, and people refer to her as the female Moses, and she occasionally dresses as a man to deter authorities from stopping her. She gains fame and notoriety, becoming the face of the abolitionist movement.

An interesting aspect of this movie is how Lemmons decided to portray Harriet as a psychic through her visions or “spells.” This could be interpreted as a complicated, controversial tactic, but I actually think it works in the framing of her character. Her visions and faith are used to show how she was able to navigate through the dark and other challenging circumstances. Her visions are not sensationalized to insinuate she is a super hero, but rather a window into her more private moments as she became a savior to many.

“Harriet” gave me a deep sense of pride. I was elated because Harriet Tubman’s story finally received a nationally released film directed and co-written by a black woman.

Seeing the story of a black woman’s journey from slave to freedom, including the personal sacrifices she made to free the enslaved, was a welcome change from the many slavery films I have seen. In those, women are more than often background characters in the male slave’s journey. “Harriet” made me wonder about my ancestor’s journey to freedom.

A Harriet Tubman biopic was long overdue, and Erivo’s performance is remarkable and heart wrenching. She had big shoes to fill, yet she rose to the challenge. She was able to showcase the brutality of slavery, the desperate need to free her family, and the sharp tension between blacks born into slavery and those born into freedom.

Like all films that explore the brutality of slavery, it’s not easy to get through, but it highlights Harriet Tubman’s spiritual odyssey in a stellar fashion.