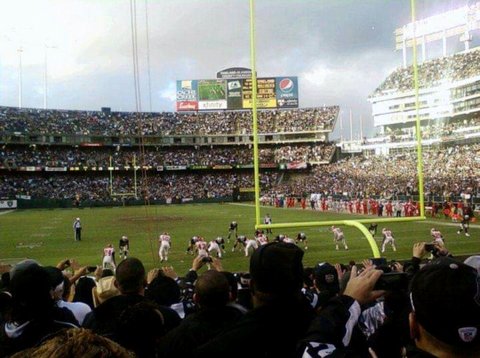 So Long, Raiders. Thanks for All the Memories.

I’m glad I didn’t go to the last Raiders game in Oakland. I know I’m not alone.

A blown 16-6 lead to the Jacksonville Jaguars in the fourth quarter of the final game at the iconic Oakland-Alameda County Coliseum is a perfect microcosm of what this particular fanbase has witnessed since the team moved back from Los Angeles in 1995.

It wasn’t what I wanted for my last memory of the hometown team I’ve grown up loving and following since I was 5 years old.

With the Oakland Raiders moving to Las Vegas in 2020, my football fandom now transitions to a place I’ve never been before and one I won’t be visiting anytime soon.

I don’t remember the LA Raiders with Marcus Allen, Bo Jackson, and Howie Long. Although I respect their contributions to the mystique of the Raiders, they were athletes of a team that we cheered on merely because of tradition.

We cheered because they used to be here, the same way the Las Vegas edition of the Raiders will not have ties to the East Bay, yet will receive support from afar from those who are too far gone in this football subculture to turn back or switch up.

I guess that’s the East Bay in us — loyal to a fault.

As I learned from my older cousins and uncles who passed this tradition down, being a Raider fan transcends the 100-yard field. Raider fandom for East Bay locals has always been seen through the spectrum of where this team originated.

The Raiders are as synonymous to Oakland as the Black Panthers and the Hells Angels, with counter cultural imagery that was birthed out of an us-against-the-world mentality sprinkled with the East Bay’s original spice.

The powers-that-be in the NFL have always refused to understand the sense of community that Raider Nation birthed in that parking lot sandwiched in between 66th Avenue and Hegenberger Road.

The tailgating is legendary. The smell of ribs, carne asada, hard alcohol, spilled beer, and cannabis are the sage of choice for a hometown crowd’s pregame rituals, passed down generationally with an almost mysterious aura surrounding it.

Yet for the last decade, this loyal fan base has endured the seemingly everlasting image of their communal birthright ripped from them, being replayed over and over again at the end of the season, its own cursed holiday tradition of forced migration.

Some leave the Bay Area because of the cost of living and some leave because of opportunity.

But Raiders owner Mark Davis left for both, as well as a shiny new black-domed stadium in the Nevada desert and an increase in value for his franchise that has consistently been looked down as a low-budget operation.

It was a free-money deal that’s a no-brainer for even the least business savvy person, but loyalty is worth more than money to local Raider fans like myself.

My last Raiders home game at the Coliseum will always be a memorable one. I watched alongside my father, brother and sister as they beat the Chargers 26-24 on Nov. 7. It was the first game we were able to attend since January 1, 2012 and it will be our last. For now.

I won’t be attending any games in Las Vegas, but I’ll remain a fan from a distance.

I can’t fault anyone for making the trip out there and keeping some semblance of the tradition and culture this fan base has built and kept alive. But I also don’t fault anyone for cutting ties to the team, especially the younger fans who didn’t get a chance to see the good times because the last few years were filled with down times.

But going to Las Vegas will never be the same as walking over the BART bridge or tailgating in Lot D, so I hold onto that memory of that last game in Oakland.

I also hold onto the same hope of those who came before me: That maybe one day, down the road, we’ll get our team back. 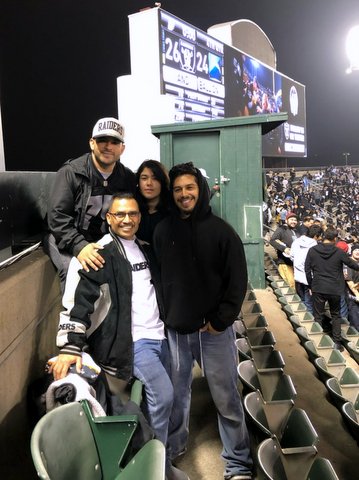