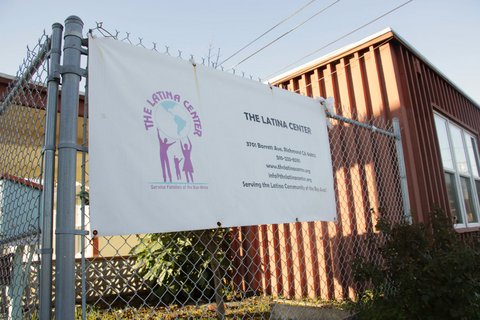 Posted at 20:41h in News by Pulse Editor 0 Comments

By Edward Booth and Ricky Rodas

Community educators at the Latina Center have been working to inform the local Latino community about the importance of being counted in the 2020 Census.

“In Richmond, we are a community of immigrants. We are minorities,” Selene Calderon, the census program director at the Latina Center, said. “There’s a lot of information we don’t receive because of language barriers. We don’t have access to the professionals that can give us advice on where to go because we’re so brand new.”

The U.S. Census is an attempt to count every person in the United States every ten years. It’s used to annually allocate over $675 billion in federal funding to states and counties in essential areas such as education, public health, and transportation. The census also determines how many representatives a state has in Congress.

A 2016 report issued by the research organization Child Trends and the National Association of Latino Elected and Appointed Officials Educational Fund found that young Latinos are especially prone to being undercounted — at a rate of 7.1%, compared to 4.3% for non-Latinos in the 2010 Census. This amounted in about 400,000 missed young Latino children, with more than a quarter of that number coming from California.

The Census Bureau says the Latino population is rising across the country, so the concern of undercounting is particularly relevant to Richmond and the surrounding area.

Miriam Wong, executive director of the Latina Center, Calderon, and a cadre of community educators have been tackling this problem by educating their local community about the census. With presentations, classes and brochures — and the translation of official resources to Spanish — they see education as a vital part of gearing the local Latino community up to participate in the census and receive the resources they deserve.

“I think there’s been this misconception that Latinos don’t have the power to create this change, whether it’s from immigration status or whether it’s because we’re low-income, or we’re renting in places that don’t necessarily constitute a home,” Calderon said. “Just the mere fact of being counted can ultimately affect where certain services are available.”

Confusion appears to be a prominent factor that prevents people from participating in the census. Wong said one major advantage the Latina Center has in tackling the issue is community trust, but there’s still work to be done.

Erica Ramírez, a community educator on the census for the Latina center, says people often react with disinterest or distrust, but eventually come around.

“They are kind of afraid or not interested because they don’t trust the government and also there’s a lack of information,” Ramírez said. “How they react at first is they don’t really care, but when I start explaining how this affects us, how important it is, they start thinking.”

Ramírez said she’d only become informed about the census a few months ago through a class at the Latina Center. She said she was shocked at how the census affects funding in various areas and decided to help educate her community.

This is a story, Ramírez said, that repeats itself. She said she told her two teenage daughters about the census, and they became interested and told their friends at school and their cousins.

Calderon said practicing a presentation on the census helps. She gave one to her mother, who at first didn’t understand why Calderon was trying to inform her, but she soon became interested when she learned everyone should be counted, regardless of immigration status.

One of the more difficult questions, Calderon said, is addressing how households are counted. But she found it helpful to break it down and tell people that everyone who lives in a household counts, whether they’re friends, kids, or yet-to-be-born babies who are due before April 1.

“We all know as immigrants that feeling of being ignored, of being in the shadows, and the census is one way where we don’t have to be in the shadows because the census means that we’re all equal in the sense that we’re all counted,” Calderon said. “If I put down that I’m there, I’m there. That doesn’t get affected if I’m a citizen, it doesn’t get affected by anything else.”