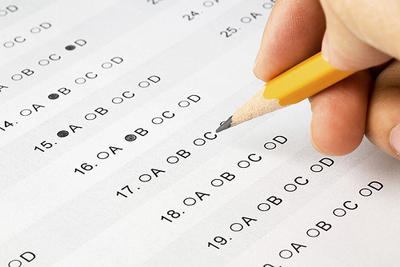 01 Jan The UC Needs To Drop the SAT, Says This Richmond Teacher

Posted at 16:44h in Commentary, Education by Pulse Editor 0 Comments

When considering prospective students, colleges and universities need a way to quickly assess their level of competency in English and mathematics. That has long been the SAT — formerly known as the Scholastic Aptitude Test — among other things. But is that the best way?

A lawsuit filed in December on behalf of the Compton, Calif., school district and other parties is demanding that the University of California stop requiring SAT or American College Test (ACT) scores for admission, setting off an ongoing debate at the nine-campus system and beyond.

The SAT is a standardized exam, meaning everything about the test — the questions, scoring, administration, etc. — is meant to be consistent. On the surface, that might sound fair, but it’s not, something more people are finally starting to realize.

I teach digital arts and web design at Kennedy High School. I never felt right telling my students to measure their success with an exam such as the SAT.

I have had several strong students for whom the SAT just did not reflect their capabilities. One in particular last year was brilliant, self-directed, and in the top 10% of her class. She took AP classes and pushed her classmates to do better and think differently. She always did well on projects and on many tests, but not on the SAT. This is the reality of many students in cities like Richmond.

When I was in school, I found it hard to believe that the SAT could demonstrate my strengths as a student. In fact, although I was top of my class, studied as much as I could, and prepared with a proper instructor, I did not do as well on the exam as I wanted to.

The creators of this exam ignore the needs and conditions of urban communities when making the test. Whether that’s intentional or not, I don’t know.

The SAT uses unfamiliar language and does not account for the anxiety that such an exam can cause the students already experiencing fight or flight, which is exacerbated by the pressure that comes from having to prove yourself through one exam.

Plus, students from a city such as Richmond try to do their best to prove they can “make it out.”

They try to do well on the test so they can get accepted to the best college or university. That means making sure to have enough time to study and prepare for the SAT while not leaving behind classes or any personal obligations.

This test, first given to high school students in 1926, has roots in racism and class inequality. Only those who can afford a daily tutor or have lived their entire lives preparing for this exam are the ones that do well on the SAT. African American and Hispanic/Latino families are far more likely to be low-income, which makes them far less likely to be able to prepare for the test and, thus, far less likely to do well on the test.

The disadvantages these students face aren’t just at home. The SAT requires knowledge of the academic English that only the top schools are able to cover, while many schools are trying to get students to grade-level English. Even at the “best” urban schools, this task is incredibly daunting.

This method excludes so many of the students that take the exam. It gives students little, if any, chance of success if they think outside of the box, are more artistic, or are better at showing their talents through projects.

On College Day at Kennedy High, the seniors take the SAT while the juniors and sophomores take the PSAT, a practice version of the test.

Each year, I encourage my juniors and sophomores to do well on the PSAT for a chance at a $10,000 scholarship. Although I do not agree with the exam, I can only hope that my students are able to get as much as they can out of the practice.

I have felt completely hypocritical pressuring my seniors to do well on the SAT, so during the most recent College Day, I opted out of administering the test. Instead, I led the freshmen through college and career readiness workshops that I think can better help them to be successful.

Some of these were meant to help students build community or do well on the courses required for admission to a UC or Cal State school.

I am very happy that the UC system is finally considering dropping the SAT as an admissions requirement. That kind of move by such a large and prestigious body could have really positive consequences across the U.S. educational system. I only wish it had done it sooner.