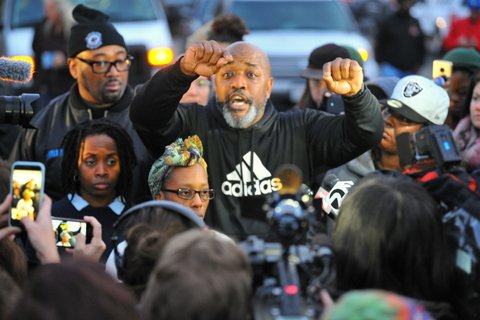 Posted at 02:16h in Bay Area by Pulse Editor 0 Comments

The mothers had formed a collective called Moms4Housing after Dominique Walker, 45, and Sameerah Karim, 41, began living illegally at the house at 2928 Magnolia Street on Nov. 18. The house is owned by Wedgewood Properties, a commercial real estate agency known for flipping houses. The mothers say the house had been vacant for more than two years.

“We want to change this system that has four to six thousand people sleeping on the streets right now,” Walker said.

The inequality in Oakland is evident by the fact that there are four times as many empty homes as there are people, including children, without homes, she said.

For 57 days, the group of mothers claimed possession of the Magnolia Street property to put a roof over their children’s heads, and protest the homelessness crisis in Oakland and the role corporations like Wedgewood have in it.

“This house was a symbol of what needs to happen in Oakland,” Walker said. “We are victorious, and we are going to keep it moving.”

Sheriff’s deputies arrested mothers Tolani King, 46, Misty Cross, 38, and protester Jesse Turner, 25, inside the house after they refused to leave. Walter Baker, 28, was arrested outside of the house.

They were charged with obstructing police, a misdemeanor, as reported by KQED.

They were held in Santa Rita Jail and released later that day after Moms4Housing posted their bail, according to the group.

Walker was not arrested because she was away from the house, appearing in a live interview for Democracy Now when the eviction was being served.

“They came in like an army for mothers and babies,” Walker later said to reporters and supporters.

Following a judge’s Jan. 10 ruling in favor of Wedgewood, the sheriff’s deputies arrived before dawn Tuesday in riot gear, armed with AR-15s, and using heavily armed military vehicles to block off Magnolia Street.

During a press conference after the eviction, sheriff’s spokesman Sgt. Ray Kelly said his department had reason to believe a serious confrontation would have likely occurred if they had enforced the eviction notice at any other time.

“We could not enter the home traditionally using key or a locksmith,” Kelly said.

“They were fortified in a such a way that we had to use a ram and a tremendous amount of force to get through and defeat the mechanisms that [they] had put in place.”

The night before, hundreds of protesters mobilized within an hour and crowded the area outside of the Magnolia Street house as word spread on social media and via text message that the sheriff’s deputies were on their way.

The protesters dispersed late at night, but deputies were already at the front door of the house with a battering ram and guns drawn before they could remobilize.

Walker said that show of force was a direct response to the power people have when it comes to taking down systems of oppression. 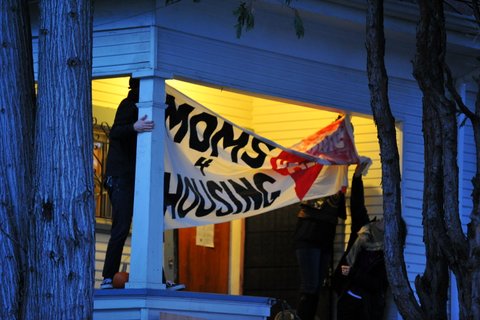