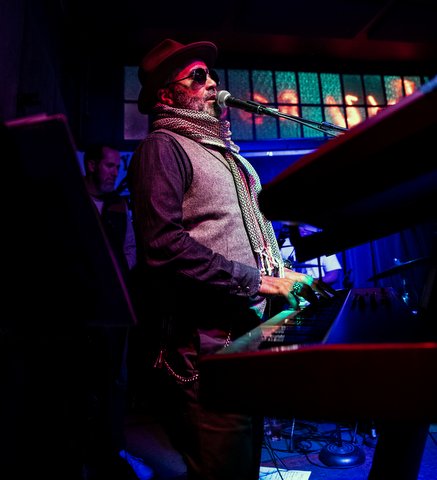 Posted at 20:51h in California by Pulse Editor 0 Comments

Above: Raliegh Neal, 55, plays keyboards inside the Ivy Room in El Cerrito on Saturday, January 11, 2020. Neal, and other local musicians that make a living “gigging,” are concerned about California Assembly Bill 5 which forces companies to classify freelancers as employees. (Photo by David Meza)

A growing chorus of voices across California — from affected Uber and Lyft drivers and newspaper delivery truck operators to freelance writers, photographers, musicians and other artists – are all rising up to oppose Assembly Bill 5.

The new labor law that reclassified millions of California freelancers as W-2 employees is jeopardizing their livelihoods and preventing them from supporting their families, they say.

“Assembly Bill 5 took a sledgehammer approach to an employment problem that required a scalpel, which consequently hammered many Californians who truly wish to remain their own bosses,” said Sen. Patricia Bates (R-Laguna Niguel).

Last week, Bates introduced two new pieces legislation: SB 867 and SB 868. She says the bills would “help newspapers and freelance journalists continue to operate in California by exempting them from the state’s new anti-independent contracting law.”

“The Legislature can begin to fix some of AB 5’s flaws by helping California’s newspapers and journalists continue to operate normally as they have in our state. Passing my legislation will help preserve quality journalism in many communities,” the senator said.

Then, last month, the American Society of Journalists and Authors, Inc., (ASJA), a national professional organization that represents independent non-fiction authors, filed a lawsuit in federal court against the state of California to prevent AB 5 from impacting its members.

“We have no choice but to go to court to protect the rights of independent writers and freelance journalists as a whole,” said Milton C. Toby, president of ASJA. “The stakes are too high, and we cannot stand by as our members and our colleagues face ill-conceived and potentially career-ending legislation.”

In the Sacramento area, as in many other electoral districts across the state, people are organizing to oppose AB 5.

“If you hate this bill and live in Sacramento’s boundaries, please email our Assemblymember Kevin McCarty,” Sacramento resident Andrea Sparkles shared in a mass email. “I stopped by his office and spoke with his legislative director about how this bill has good intentions but is taking over 150 professions down with it, including all artistic professions, small theaters, musical groups, etc.”