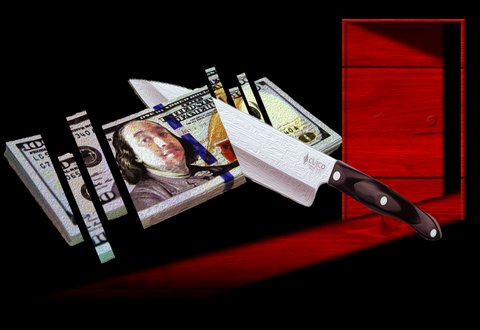 12 Mar Don’t Get Suckered Into a MLM Scheme

Posted at 05:14h in Commentary, Youth by Pulse Editor 0 Comments

We all crave independence as we get older, wanting to rely less on our parent and begin to make our own lives.

That’s also when we end up making questionable decisions without too much thought of what we are really getting into.

That’s how I got involved with a multi-level marketing scheme.

In other words, you start off small, working on your own to sell items like knives, beauty products, etc. After a while, the company encourages you to tell your friends about the company and try to coerce them into joining as well. You get paid to recruit people and receive commission on the products you sell.

In the summer of 2016, I was bored beyond belief and really wanted to get out of the house. One day, my mom was opening mail and handed me a letter addressed to me.

It was from someone from Vector Marketing Company, informing me there was a job opportunity going on in Berkeley. It promised the pay would be great.

I was 16, so the only things on my mind were food, video games, and girls. I figured I would give it a shot.

A few days later, I showed up to interview and there were about seven other people, all my age. I got the job and was told to show up for an orientation first thing the next day.

We first learned that Vector was a subsidiary of Cutco, a U.S. company that sells knives. My mentor stressed that the knives were made in the USA and were state of the art.

We were told our job was to sell the knives to our friends and families using a demonstration kit or recruit others to do the same.

I thought it was a weird concept to sell to our loved ones instead of to people on the street or selling to stores in our communities, especially because most people in my community are barely middle class. Some are just outright poor.

But I put that thought aside, because I really just wanted to make money.

Right away, I called up my closest friends. I told them about the company and actually made a decent paycheck doing it. Eventually, I ran out of friends to tell about Cutco, so I gave up. I never even sold a single knife.

Looking back on it, I consider myself lucky for not having to pay an “entry fee” that some companies require. One example is Primerica, an MLM insurance company that makes its prospective employees go through a $30 background check and pay $90 just to attempt to get a financial license. Cutco just required that I return the kit.

These companies are examples of high-risk, low-reward jobs that target young adults who are desperately trying to gain a sense of independence.

For example, Saul Garza, 19, had an old friend who fell for the promises of cash and “flexed his ‘future investments’” on Snapchat. This friend originally called Garza to recruit him into the MLM scheme, but he didn’t buy in.

“What makes me suspicious is how happy-go-lucky they portray themselves to be, all smiles no realness to them,” Garza said. “Like, they don’t talk as if it’s a real job with ups and downs.”

As of the MLM companies themselves, Garza said, “I would assume they target people who may not be knowledgeable of the existence of pyramid schemes or people who could get easily influenced by the promise of riches.”

In other words, if a job sounds too good to be true, and if the employees are so happy to the point it sounds as if they’re trying so hard, it is most definitely a multilevel scheme. Get out of there. It’s not worth the trouble.

My experience wasn’t too bad, but other people have it way worse. It’s best to educate your loved ones about these schemes because they may be the next one these companies try to recruit.