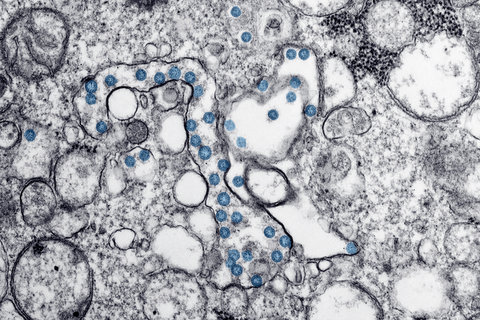 30 Mar Health Experts Still Want Everyone to Stay at Home

Posted at 03:19h in Health by Pulse Editor 0 Comments

Medical experts continue to warn people to stay home because of the continually spreading coronavirus.

“I’ve never seen doctors so scared,” Dr. Tung Nguyen, a professor of medicine and researcher at University of the California, San Francisco, told reporters during a national teleconference Friday.

Nguyen said the exponential speed with which the virus is spreading across the U.S. demands quick action on the part of the healthcare community, but especially the public.

“The two most important words I have are ‘stay home,'” he said.

Nguyen’s advice was echoed by speakers in the teleconference, many of whom also repeated the strategies being promoted by health authorities to help people avoid being infected themselves — as well as avoiding transmitting the disease to others.

All Californians remain under Gov. Gavin Newsom’s shelter-at-home orders, which means citizens should restrict travel to necessary trips, like to the grocery store or to fill a prescription. Sunday, President Trump extended national stay-at-home health guidelines to remain in effect until at least April 30.

Several speakers on Friday’s teleconference noted that most people who have been infected will not actually show any symptoms, but still are likely contagious. That’s why isolating is so important.

Of those who do show symptoms, most will recover, Nguyen said. “But one in six will get seriously sick.”

Dr. Rishi Manchanda, president of Health Begins in Los Angeles, said COVID-19 — the disease caused by the coronavirus — is having a big impact on minority communities.

“COVID-19 will spread disproportionately among communities of color,” he said. “There is a greater risk of exposure because people have to work and often live in cities.”

The service work that many minority community members perform exposes them because of direct contact with the public. Language barriers are keeping public health messages from reaching people on a timely basis.

“And there’s also a greater risk because of a lack of access to testing,” Manchanda said.
Dr. Daniel Turner-Lloveras, an assistant professor of Medicine at Harbor-UCLA, said as medical facilities are impacted as the virus spreads, telemedicine should be used to increase efficiency. It will also save resources like masks, medical gowns, and gloves that are already in short supply.

“You need to plan who you will call if you get sick,” he said.

Turner-Lloveras is also concerned about immigrants seeking entry into the U.S. being held in Mexico under the federal government’s “stay in Mexico” program. He also cited “public charge” as a likely factor in spreading the virus.

“I think public charge is a public health threat,” Turner-Lloveras said. “One cannot contain a virus outbreak by only providing care to some of the population. People who have no access to care are going to be harbingers of the virus.”

Turner-Lloveras said all immigrants need to feel safe seeking care, regardless of their immigration status.”Every health care site should be an ICE-free zone,” he said.

Friday’s teleconference was the first in series be held over the next six to eight weeks sponsored by Ethnic Media Services.