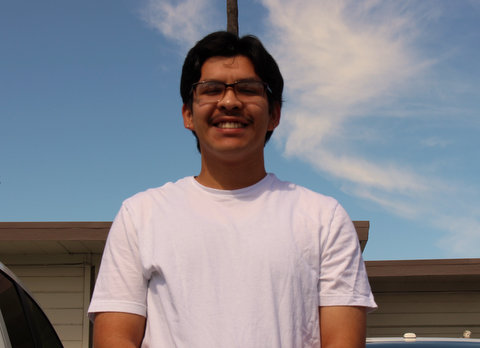 01 Apr My Time In College With Undiagnosed ADHD

Posted at 20:05h in Youth by Pulse Editor 0 Comments

I’m 19 and I have ADHD. I was diagnosed two months ago, and honestly, I’ve never felt better.

A year ago, I was admitted into the University of California Santa Cruz. I was so excited when I got my letter of acceptance because it meant that I actually accomplished something in high school.

When I moved onto campus in September 2018, there was already work to be done, even though classes didn’t start for a week. Over the summer, we were assigned “The New Jim Crow” by Michelle Alexander. Neither my roommate, who’s a friend from high school,, or I had read it, so we decided to split the work in half.

We spent our first week of freedom being locked up in the Guzman room, a small space near our dorm where students would study. Every night for five hours, we’d sit down and get to work. I don’t think I would have turned that paper in without his support.

When I wasn’t furiously working on my paper, I was signing up for my classes, which gave me so much anxiety. I had to force myself to talk to a counselor because I had no idea what classes I needed to take as a computer engineering major.

I signed up for an intro computer science class, calculus and a mandatory social justice/writing class for a total of 15 credits.

The social justice class was right up my alley because I was already very familiar with the topics. All I had to do was show up to class and talk and write essays, two things I love to do. I got an A.

I also did well in the computer science class because it was simplified with a strong online component that felt like you were playing a game. I showed up to every lecture and took notes. I passed with a B.

Calculus, on the other hand, was hell on earth. The pre-calculus class I took in high school wasn’t very helpful because I cheated a lot.

The calculus class was entirely online, which meant I had to watch online lectures, read online textbooks and teach myself everything. The textbook felt like it was in a different language. I had no idea how to identify the tangent line or find the derivative of X.

Every week, there was an online quiz, and every week, it got harder. After I failed the second one miserably, I just kind of gave up on this class and ended up failing it.

Failing calculus felt so awful, because not only did it mean I had to take it again next quarter, it was also the first class I had ever failed. I dreaded having to tell my parents.

They always put a lot pressure on me to do well in school because they thought I was smart and that if I worked hard in school, I would become successful later on.

It felt like I was letting my parents down because they had worked so hard to get me there, and I was spending most of my time trying to distract myself from school.

These feelings of guilt compounded every time I failed a class. So when I was failing calculus for a second time, I could not stand it anymore. I just kind of gave up on myself, school and everything else.

I became depressed. I just wanted to lay in bed all day and watch anime. I could barely get myself to take a shower, let alone try and get some work done. I felt like a complete failure and knew that I was going to drop out, which gave me a sense of relief.

Since I wasn’t going to finish school, it meant that I didn’t have to worry about it. I could go out and party all night and just ignore the work I had due tomorrow. School didn’t matter anymore.

When the school year ended, I knew that there was something wrong with me. Nothing really made me happy anymore, so I told my parents. We agreed that I should go to therapy.

I told my therapist about school and we ended up figuring out that I had attention deficit hyperactivity disorder, or ADHD, and that I was depressed for most of the school year.

Finding out what’s wrong with you is really relieving. It makes the pain feel less like your fault and more the fault of your brain chemistry.

But it was still my job to do something about it, which is why I am now taking medication for my ADHD. It would have been useful back in school because it allows me to focus.

Having ADHD feels like there is always something else to do, something more interesting, which takes an absurd amount of self-control and determination to overcome.

Before college, I always thought I was just a little lazy and didn’t really like to do school work. So whenever I missed an exam or failed a midterm, I blamed myself for not trying hard enough or not being a good student. It never occurred to me that I might have a medical condition.

Even though going to UC Santa Cruz and dropping out was really rough for me, I feel like I have grown and learned a lot about myself.