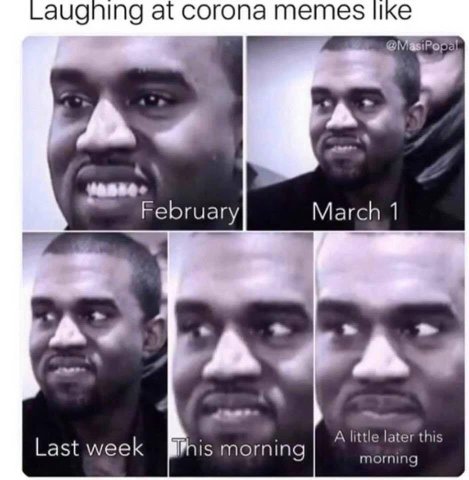 The internet is an increasingly growing space for people to showcase their creativity, namely the ever-present memes.

Memes are a new way of connecting people from various walks of life by mixing comedy and social commentary. They are typically funny but can take a few seconds to understand. 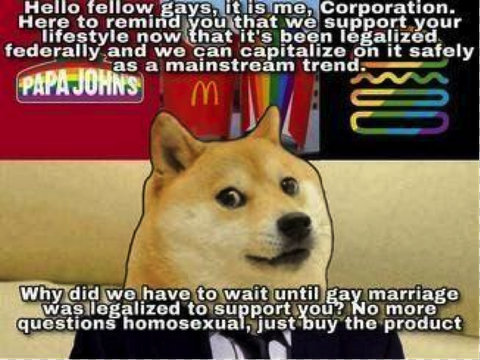 Many are subtle jabs at the higher-ups of society. Some are just nonsensical, and that’s the point.

Whether you like them are not, memes are a very relevant part of today’s society. They can inform and entertain. Others are just wrong.

The COVID-19 pandemic has prompted a range of reactions in the meme world, leaving many people divided over whether memes about a pandemic are appropriate.

Some believe they are hilarious and that they reflect how people are feeling. Others believe that memers are making light of a serious situation and that some memes could negatively affect public health.

Some memes mock celebrities for complaining about being “forced” inside their mansions. 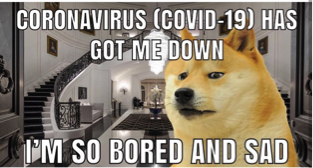 Others are focused on the financial situation most of us are in. 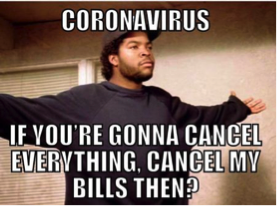 Some memes are about people’s experiences seeing everyone they know with a medical mask, while others are just hurtful. 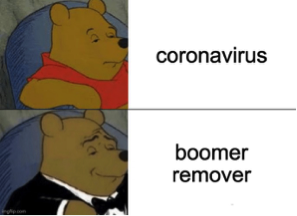 Calling COVID-19 “Boomer Remover” — because seniors are at greater risk of contracting the coronavirus and of becoming severely ill or even dying from the disease it causes — is dark comedy where the punchline is a generation’s downfall.

Cassandra Gutierrez, 24, believes that nowadays, looking at memes is comparable to reading the newspaper but skipping straight to the comics section.

“Of course, not all memes are in good taste or timing. Without a doubt, people of the internet will make a meme about any subject,” she said. “As far as the internet is concerned, everything has been memed or will be in no time.”

Gutierrez says coronavirus memes have been “entertaining to see,” but “they’re not an elixir or an accurate depiction of the severity of the pandemic.”

“Once the veils of panic and anxiety take over, it becomes immensely difficult for you to think clearly and collectively,” she said. “My feelings regarding the pandemic range from calm to deeply concerned. I am not fearful. My central concern is for the disabled elders I live with. Caring, aiding and protecting them is my highest priority, even if it means sacrificing my own well-being.”

On the flip side, Pearlina Nguyen, 18, believes that the memes are simply just “inappropriate jokes” but says the virus has been “causing so much fear due to the impact of negative messages.”

“We need to take this seriously and do our best to help by informing ourselves about the CDC prevention information,” she said.

Nguyen also believes that those making and sharing the memes are preventing us as a society from being mature, instead building a community of “barbaric attention seekers.”

That leads to “ignorant” people covering their faces when they see Nguyen, an Asian person, wearing a mask.

“I think most of the racism comes from people who didn’t do their research because they are illiterate or choose to be stupid and lazy,” she said.

Sydney Preas, 18, believes that the coronavirus memes aren’t a substitute for actual news.

“People just want to get others started up on something and worry them,” she said. “That’s why there are mixed messages going around.”

Preas says she doesn’t trust the media all that much because they aren’t the experts.

“Some of what they say may be true, but I don’t think all of it is,” she said. “We get different stories each day on it, so who knows what is true and what is not.”

Memes, Preas says, are only jokes in the end and most people find them comforting.

“You need a little humor in dark situations to get by,” she said. “However, there will always be a small group of people who take it to heart and freak out.”

But the racist memes, she says, show that the virus only exposed people’s underlying racism.

The young people I spoke to have different ways of coping with being forced to stay home. Some freak themselves out by watching too much of the news. Some rely on memes for staying in the loop, and others try to balance the two.

I feel memes are a reflection of everyone’s fear, to a degree.

They’re a way to cope with the severity of the situation, and sharing humor during a shared experience where we can’t physically be together is important.

That helps us laugh and find joy in an otherwise anxious time. 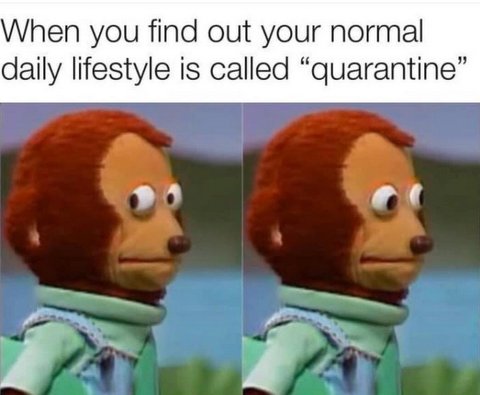