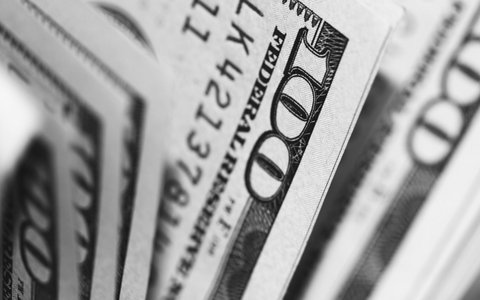 In an effort to protect the safety and health of the citizens of California, the state’s Judicial Council set bail to zero for non-violent crimes.  The new rule is one among 11 the council has adapted to avoid filling up jails during the COVID-19 pandemic.

Certain lower-level felonies and misdemeanors will get temporary 90-day reprieves in order to shield attorneys, court staff, judges, law enforcement agents, employees and incarcerated inmates in jail facilities from the deadly effects of the coronavirus.

The action by the policy-making body of the courts was called to help control the spread of the virus among inmates and reduce the number of prisoners from lock-up. The city of Los Angeles first enacted a zero-bail initiative a couple of weeks ago.

Now, the measure is statewide.

California Chief Justice Tani Cantil-Sakauye, the chairperson of the Judicial Council, said the measure received a lot of input and considerations before approval to reduce the jail population.

“We listened to suggestions from our justice system partners, the public, and the courts, and we greatly appreciate all of the input,” said Cantil-Sakauye in a written statement. “Working with our stakeholders, I’m confident we can preserve the rule of law and protect the right of the victims, the accused, litigants, families and children, and all who seek justice. It’s truly a team effort.”

In mostly overcrowded conditions, African Americans are over-represented in California’s prison population. Nearly 29 percent of the state’s male inmates were Black in 2017, the Public Policy Institute of California reported.

Social justice advocates up and down the state have been pressuring officials about the welfare of inmates in jails and prisons since the onset of the COVID-19 crisis.

Across the state, many inmates as well as California prison officials have been diagnosed with the virus. Advocates believe releasing inmates will solve the solution to prevent the spreading of the virus and save lives.

Jamilia Land is an African-American community activist and member of California Families United 4 Justice, a Sacramento-based nonprofit organization that supports families impacted by police-involved shootings and violence. She said the cancellation of bail is a “wonderful idea,” but it is something that should have taken place long before the pandemic.

“It’s something that been needed to happen,” Land told California Black Media. “Unfortunately, when we look at the demographic of people who are incarcerated and overpopulating the jails in general, they look like us. They are Black and Brown people. Also, bail is feeding a lobster that is known as mass incarceration. We need to end it.”

In 2018, when Gov. Gavin Newsom was lieutenant governor in Gov. Jerry Brown’s administration, California passed Senate Bill 10 (SB 10). It was landmark legislation that abolished the cash money bail system for defendants waiting for trial, and also gave judges more discretion to determine who will be sent to jail or not – based on risk.

California was the first state in the nation to do so.

But the bail industry and other opponents of SB 10 rallied against the bill and collected more than 400,000 signatures, preventing the legislation from becoming state law the following year.

Now, it is up for a statewide referendum vote on the California ballot in November 2020.