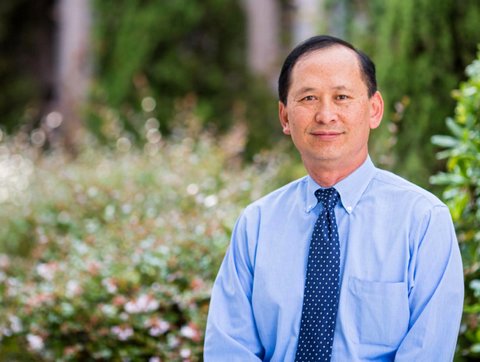 Posted at 17:55h in California, COVID-19 by Pulse Editor 0 Comments

Above: Dr. Tung Nguyen, UCSF, authored a research brief by the Asian American Research Center for Health detailing the disproportionate high mortality rate for Asian Americans from COVID-19 in California.

SAN FRANCISCO — Asian Americans account for 52 percent of the deaths from COVID-19 in San Francisco, according to a new research brief released May 11 by the Asian American Research Center for Health (ARCH) at the University of California San Francisco’s School of Medicine.

San Francisco has 1,754 confirmed COVID-19 infections and 31 deaths; 16 Asian Americans have died in the City, according to data from the San Francisco Department of Public Health.

Dr. Tung Nguyen, a primary care physician and researcher at the University of California, San Francisco, co-authored the brief. “It was shocking to find out that over half of the deaths in San Francisco from COVID are Asian-American,” he said.

He added that, as a researcher, he initially interpreted the small amount of data with a degree of caution. But numbers coming out of the state of California reinforced what Nguyen was seeing in San Francisco.

“It wasn’t until I saw the data from California that I thought this was something that we need to make the community aware of,” he said.

“My father is 85 and he’s Asian and he feels he’s not highly vulnerable. And of course he is in one of the most high-risk groups.”

“I don’t want any Asian Americans be walking around thinking that they are any less vulnerable than other groups. They need to understand that they are certainly at the same risk, and they may be at higher risk of dying from covid-19,” said Nguyen.

Numbers from the Los Angeles County Public Health Department mirror the trend. Los Angeles County has been hardest hit of all counties in California, with 34,428 infections and 1,659 deaths. Asian Americans accounted for 1936 infections, but 266 deaths, with 13.7 percent of deaths from infections.

The numbers were higher than those of Latinos and African Americans, who are generally thought to be at higher risks of morbidity from COVID-19, due to underlying conditions. Latinos in Los Angeles County had the highest numbers of infection, 9413, and deaths, 552, with 5.9 percent of deaths from infections.

Eight U.S. states also reported higher proportions of deaths from COVID-19 in the Asian American community than their share of the population. Surprisingly, New York and New Jersey, two of the hardest-hit states in the U.S. with large Asian American populations, did not report similar data, according to Nguyen.

Disparities in access to health care and the lack of culturally appropriate facilities at hospitals may account for high mortality rates in the Asian American community, said Nguyen.

“Unless you’re going to a hospital that is really optimally set up to deal with different cultures and languages, Asian Americans, particularly those who don’t speak English well, or are recent immigrants or first generation or older will get less quality of care in terms of communication.”

“If they need an interpreter, they’re lucky to get one,” said Nguyen, adding that interpreters may be available for short periods of time but not for the length of the hospital stay as critical decisions are being made.

“We’re lucky in San Francisco because the health care work force tends to be a little bit more diverse and speaks more languages,” said Nguyen, adding however: “There is definitely a different quality of care being delivered.”

The researcher spoke of the need to disaggregate data for several communities lumped into the general Asian American demographic. Looking at the overall population often will obscure very significant disparities, such as the high rate of diabetes in the Filipino community, and the large number of Southeast Asians suffering from liver cancer, said Nguyen.

The research brief can be viewed here: https://bit.ly/2LuMUcc